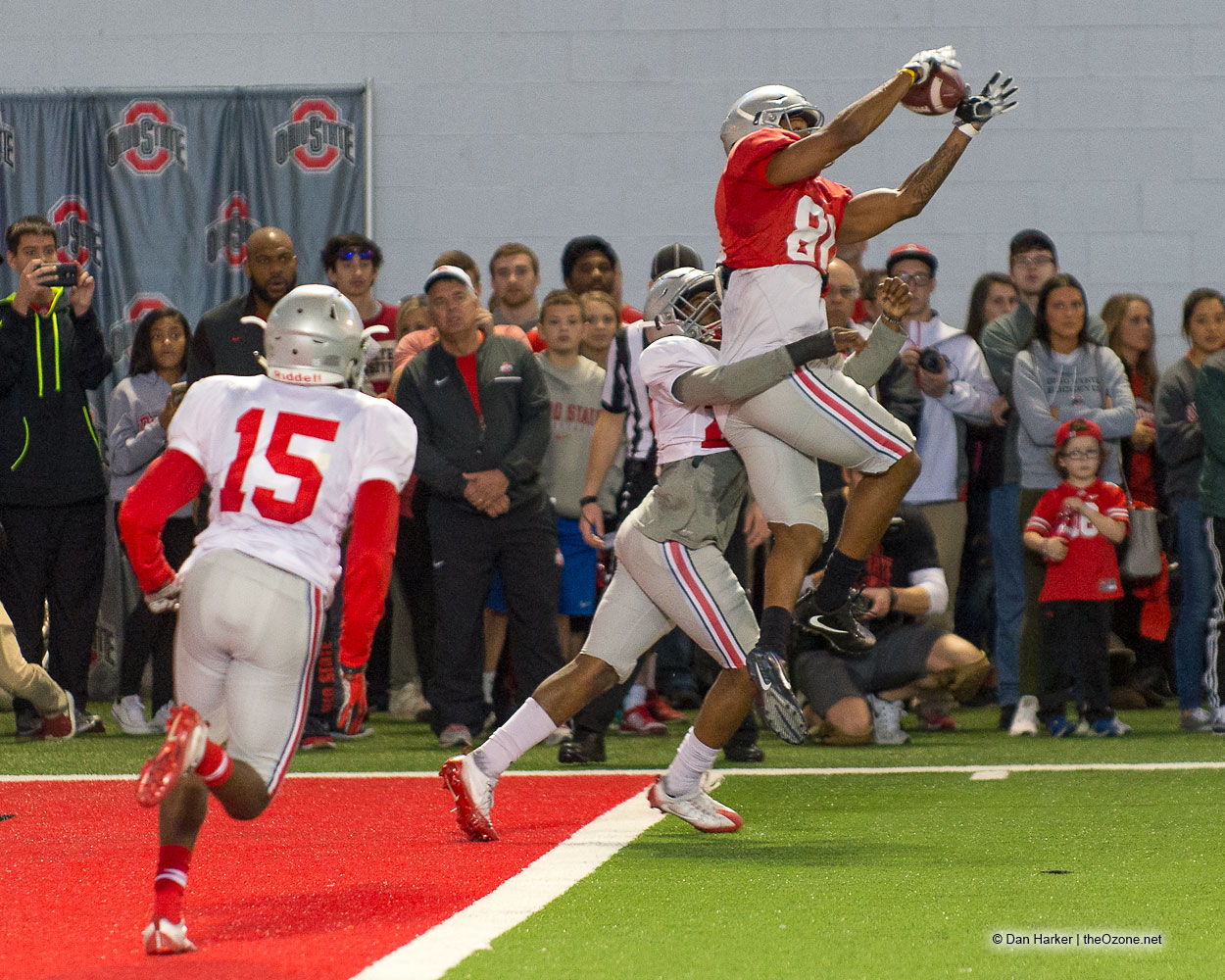 Brendon White impressed this spring as a rookie
Vitals

Enrolled and started classes at Ohio State in January 2017 … Brendon White was an athletic, multi-position star coached by Steve Hale at Olentangy Liberty … a consensus 4-star recruit, White was rated the No. 2 athlete in the class by Rivals and the No. 3 athlete by 247Sports … Rivals also ranked him the No. 2 player in Ohio and the No. 91 player nationally … moved to quarterback in 2016 after being named a first-team Associated Press all-state defensive back in 2015 … helped Liberty (13-1) win its first regional championship in 2016 and advance to the Ohio Division I state semifinals for the first time in school history … scored five touchdowns – four of them off receptions – in a regional semifinal win over Medina … named area offensive player of the year in 2016 with 799 passing yards and 11 scores, 842 rushing yards and 10 touchdowns, plus had 22 receptions and four more touchdowns … Associated Press all-state season as a junior in 2015 featured six interceptions on defense, catching 26 passes as a receiver and accumulating 11 touchdowns and nearly 1,200 all-purpose yards … graduated from Liberty in December 2016 and actually practiced with the Buckeyes during bowl practices … is the son of Nikol and William White … father was a 1987 Ohio State captain and an all-Big Ten defensive back who went on to have an 11-year career in the NFL playing for the Detroit Lions, Kansas City Chiefs and Atlanta Falcons.