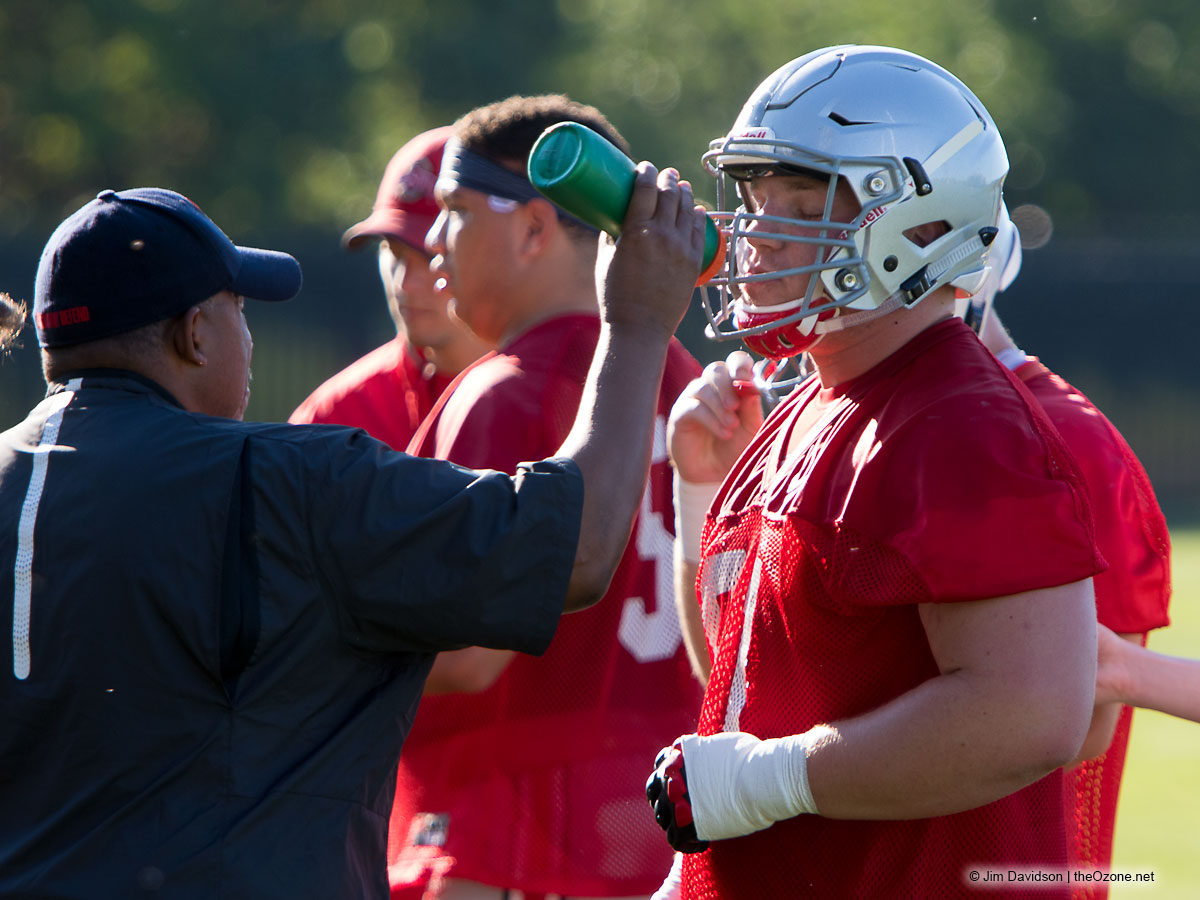 Gavin Cupp is working to get into the two-deep
Vitals

Overview: Two-time all-state offensive lineman Gavin Cupp was a football, basketball and baseball letterman at Leipsic High School … he was considered among the Top 15 prospects in the state of Ohio with 247Sports ranking him No. 14 while Rivals had him rated No. 17 … Cupp was also considered among the Top 25 guard prospects nationally by Scout (No. 23) … regionally, Cupp was the No. 5 guard prospect in the Midwest by Scout and Prepstar named him all-Midwest Region … Leipsic qualified for the Ohio Division VII state playoffs seven consecutive years under the leadership of, first, Joe Kirkendall and then Andy Mangas, and Cupp was a big part of the team’s recent successes, earning first-team Associated Press Division VII all-state honors in 2015 and second-team AP all-state accolades in 2014 … he was also all-Blanchard Valley Conference both years … started developing a reputation as a sophomore when he earned his initial first-team all-conference honor and added all-Northwest District recognition that year as well … in baseball, he earned all-BVC honors as a sophomore in 2014 after hitting .381 … is the son of Gwen and Keith Cupp.