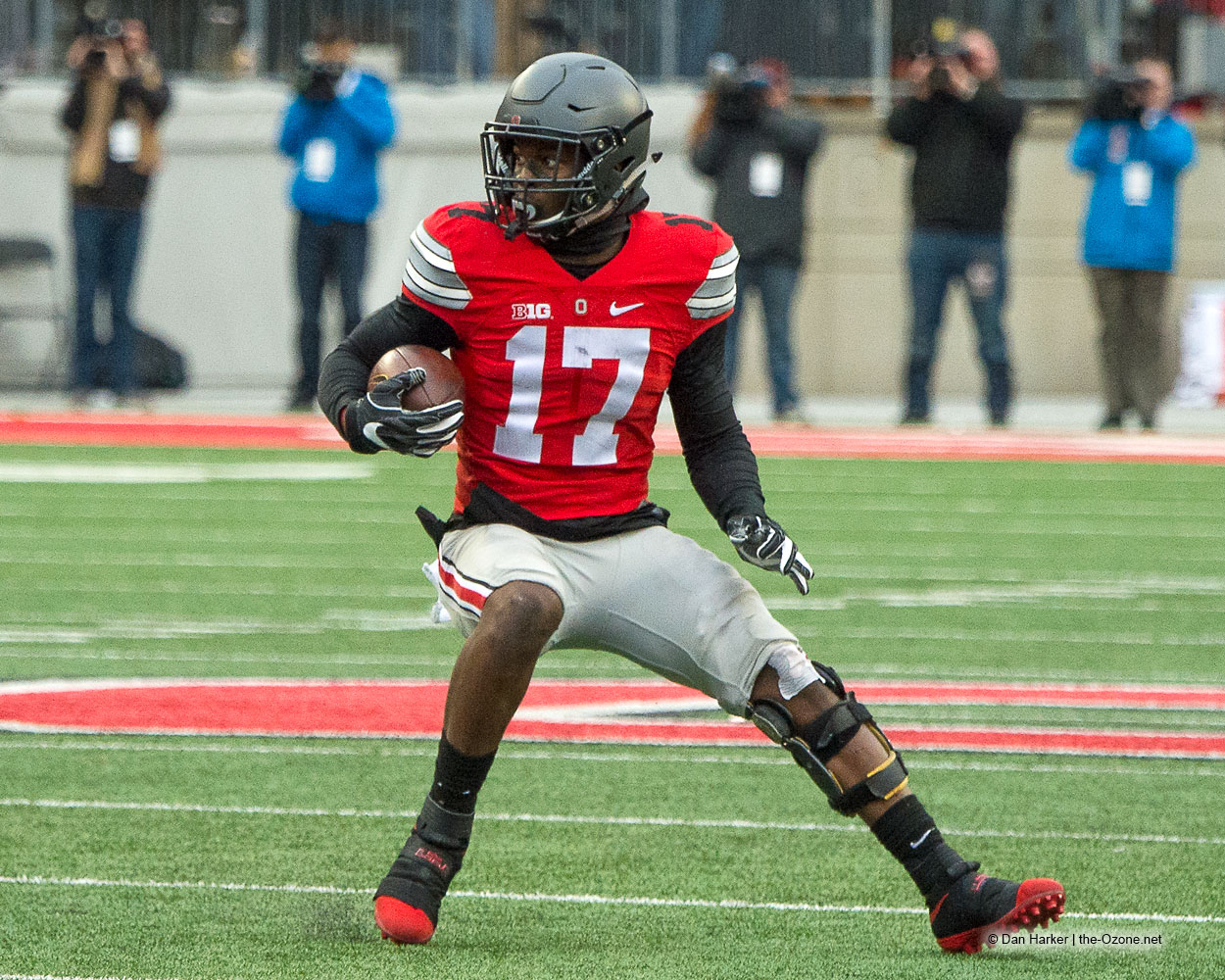 Jerome Baker is an All-America candidate in 2017
Vitals

2015 Season (Freshman): Jerome Baker earned his first Varsity “O” letter last season as a true freshman … he played in the final seven games of the season for the Buckeyes and was in on 90 total plays …

More on Jerome: Jerome Baker was a Top 10 linebacker prospect nationally whose last high school game was a state championship game win over Kettering Alter, 21-14, in Ohio Stadium … Baker scored twice, including the winning score early in the fourth quarter, to cap a 14-1 season and give Benedictine its seventh state title and coach Joe Schaefer state crowns as a Bengal player (2003) and coach … Baker also had 11 stops on defense to earn game MVP honors … his outstanding senior season included being named first-team Division IV all-state by the Associated Press and earning co-defensive player of the year honors … called an “absolute force from his linebacker spot on defense” and “one of the most disruptive players in the state,” Baker was a consensus 4-star prospect who was ranked as the No. 41 player nationally by Rivals and the No. 67 player on the ESPN 300 … earned impressive outside linebacker ratings by Rivals (No. 4) and Scout (No. 10) … a U.S. Army All-American, Baker was used sparingly on offense as a senior but still finished with 3,065 career rushing yards … parents are Theodora and Jerome Baker Sr.