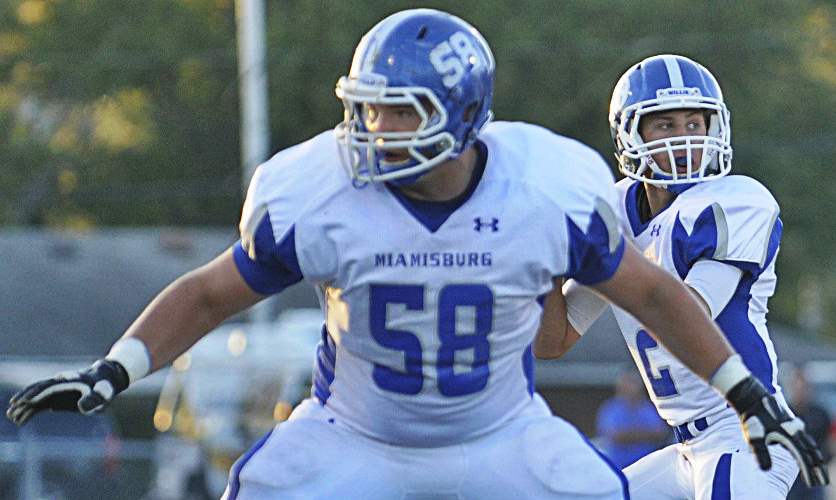 Enrolled and started classes at Ohio State in January 2017 … Josh Myers, a 5-star offensive lineman (Scout), committed to Ohio State as a sophomore in January 2015 after initially receiving a scholarship offer from Ohio State the spring of his freshman year … the No. 1 player in the state was rated as the No. 3 guard in the nation (Scout), the No. 2 guard by Rivals and the No. 6 guard by ESPN … overall, Meyers was listed as the No. 54 player by 247Sports, No. 55 by Rivals and No. 57 by Scout … the U.S. Army All-American was a first-team Associated Press Division II all-state pick as a junior and senior and helped coach Steven Channell’s Miamisburg teams to a 34-12 four-year record and four state playoff appearances … included was a 9-2 season in 2015 and a 10-3 season in 2016 that included a deep playoff run that ended with a loss to state champ Cincinnati LaSalle in the regional championship game … named first-team all-Greater Western Ohio Conference four times … is the first offensive lineman to be named player of the year by Ohio high school sports publication JJ Huddle … Myers’ family is full of athletes: his mother, Julie, is in the University of Dayton athletics hall of fame as a basketball player; his father, Brad, was an offensive lineman at the University of Kentucky between 1984-87; and his brother, Zach, capped his career as a Kentucky Wildcat in 2016.