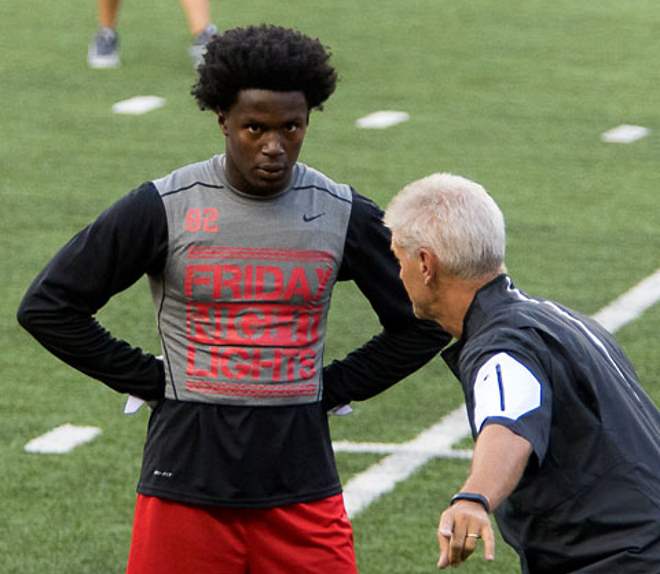 Central Ohio native and consensus 4-star prospect Marcus Williamson spent three years at Westerville South High School before transferring to IMG Academy for his senior season of 2016 … he is considered one of the top cornerbacks nationally with a No. 14 rating by Scout and No. 24 by ESPN … also listed among the Top 150 players nationally with Scout’s No. 123 overall ranking tops … playing in a defensive backfield that also featured 2016 Ohio State signee Isaiah Pryor, Williamson and Co. helped IMG to a second consecutive undefeated season in 2016 with a 12-0 mark, a No. 1 rating in the state of Florida and a No. 4 national rating … he recorded one “pick-six” interception, recovered two fumbles and returned one for a touchdown, plus recorded 36 tackles and two pass break-ups in 2016 for coach Kevin White … one of 10 from IMG named an Under Armour All-American … earned an invite to The Opening, in Beaverton, Ore., this past summer … was named special mention Division I all-state as a junior in 2015 for Westerville South … named first-team all-central district and special mention all-Ohio Capital Conference as a junior … also named a 2015 American Family Insurance all-USA Ohio second-teamer … is the son of Tamar and Marlon Williamson.