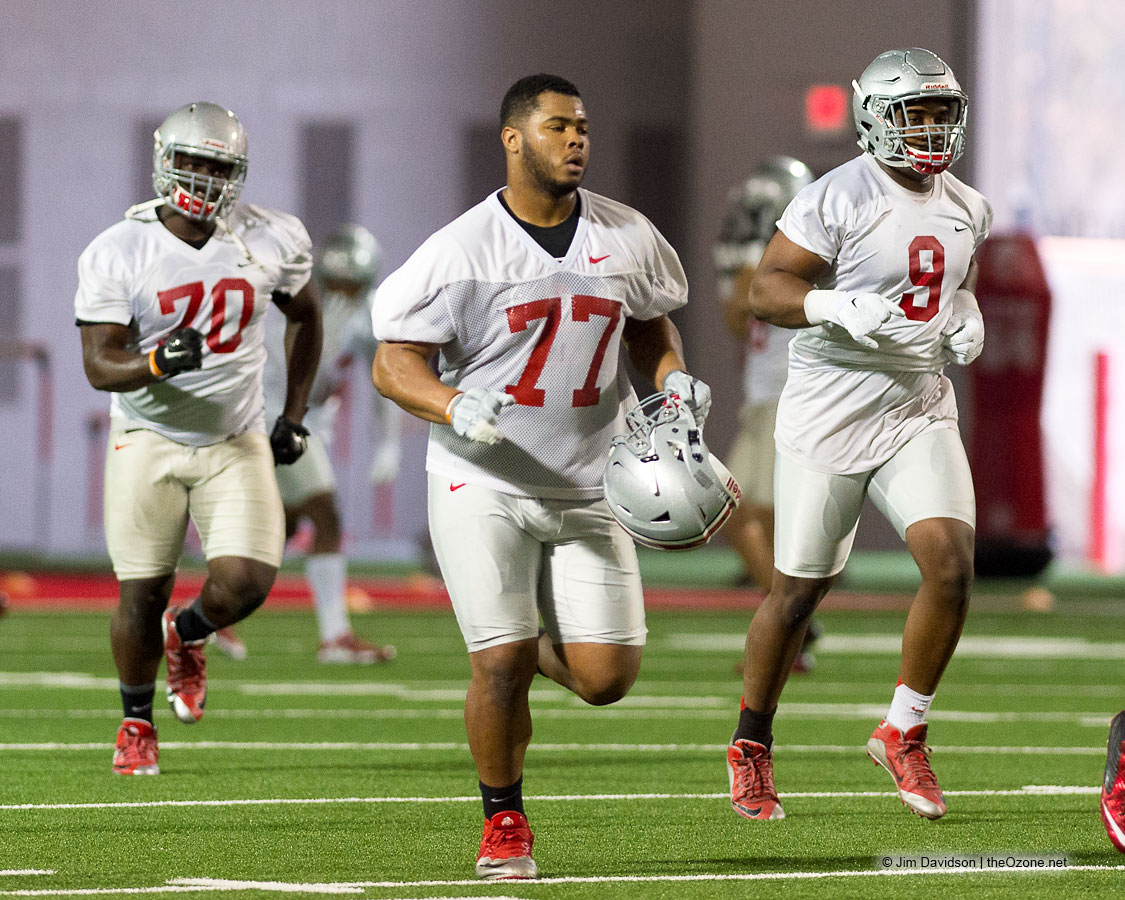 Michael Hill is 4-0 against Michigan.
Vitals

2015 Season (Sophomore): Hill played in all 13 games for the 12-1 Buckeyes and made his first collegiate start in the Fiesta Bowl win over Notre Dame … he was third among defensive tackles in playing time with 297 minutes, trailing only those minutes of starters Tommy Schutt and Adolphus Washington … was in on a career-high 40 plays against Notre Dame and had two tackles … also in on two stops vs. Virginia Tech, Rutgers and Michigan. 2014 Season (Freshman): Hill played in eight games for the College Football Playoff national champions … most extensive action came during a 15-play stint vs. Illinois … recorded his first collegiate sack against Rutgers.

2013 Season (Red-Shirt): Hill played in three of Ohio State’s first four games as a true freshman — Buffalo, San Diego State and Florida A&M — before being slowed by injuries … he played 34 snaps on the defensive line vs. San Diego State, but he didn’t play again during the season following a 13-play stint vs. Florida A&M … he earned a red-shirt season.

More on Michael: A U.S. Army All-America Bowl invitee, Michael Hill announced in June 2012 that he was committing to Ohio State, the school that has been his favorite since he was a youngster … a consensus four-star prospect by (ESPN, 247Sports, Scout, Rivals) and one of the Top 20 defensive tackles in the nation by Scout (No. 16) … listed on the ESPN 300 (216) … named to the South Carolina Shrine Bowl this year and the No. 6 player in the state by 247Sports, Hill had an unfortunate end to his senior season, injuring a hand in the eighth game that caused him to miss the remainder of the season and all post-season all-star games … Pendleton finished 8-4 on the year … Hill was dominant as a junior while playing in the middle of Pendleton’s line for coach Paul Sutherland … he recorded 25 tackles-for-losses and 81 total tackles despite persistent double-teams against him … he also had six sacks as a junior and had four as a senior before his injury … he is the son of Dianne Blount and Michael Hill, Sr.