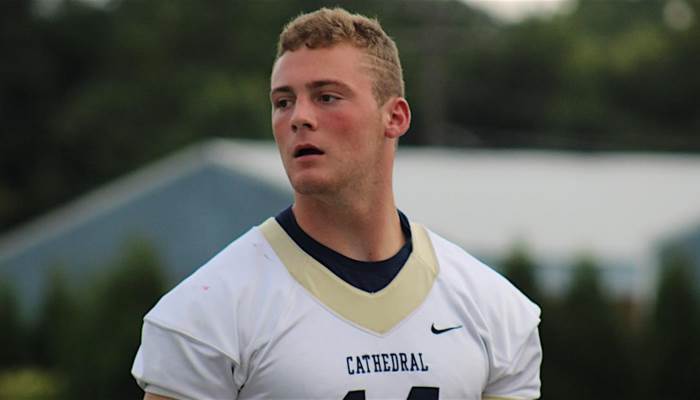 Pete Werner is yet another Buckeye from the Hoosier State
Vitals

Rivals, 247Sports and Scout 4-star prospect Pete Werner was a standout outside linebacker at Indianapolis Cathedral for coach Rick Streiff and was talented enough that he also played safety and cornerback at times throughout his career … among the Top 300 players nationally by both Scout (No. 266) and 247Sports (No. 293) and among the Top 20 outside linebackers with rankings of 16, 17 and 18 by 247Sports, Rivals and Scout, respectively … Werner was a first-team Associated Press Class 6A all-state pick as a senior for a Cathedral team that went 7-5 and advanced to the regional finals … missed three games because of an injury, but recorded 64 tackles, including 17 tackles-for-loss and eight quarterback sacks, and finished third for Indianapolis Star Mr. Football honors … earned top linebacker award in the state by the Star … American Family Insurance all-USA Indianapolis super team member … rated as the No. 1 outside linebacker in the Midwest by Scout and a PrepStar all-Midwest region honoree … honorable mention AP all-state in 2015 … also ran the 400 meters on the track … is the son of Nancy and Greg Werner … father starred in football and baseball at DePauw University, is in its Athletics Hall of Fame and played two years in the NFL with the New York Jets and Philadelphia Eagles … older brother, Dan, plays for Harvard.