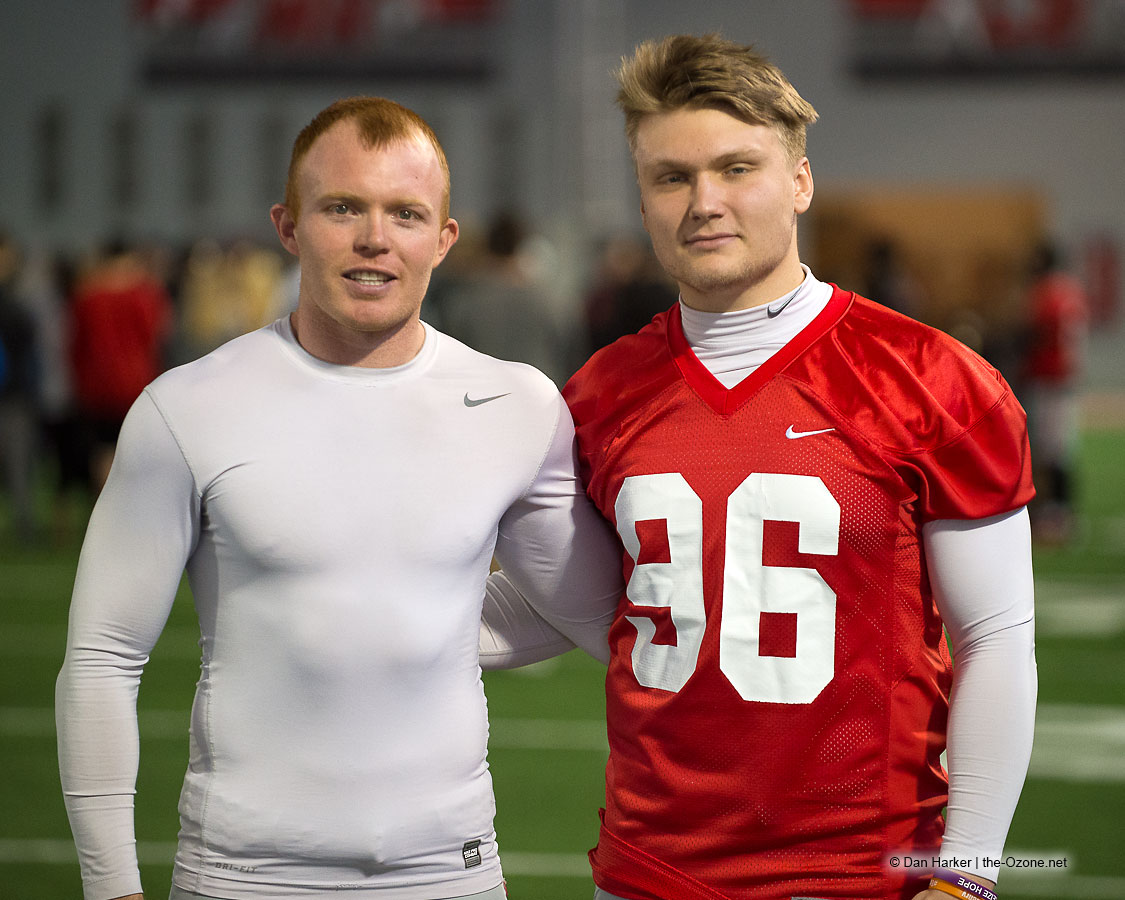 2016 Season (Junior): Redshirted due to injury.

2015 Season (Sophomore): Nuernberger battled for the kick scoring position with transfer student Jack Willoughy during fall camp, a competition that Willoughby won on the strength of consecutive 55-yard field goals during one of the key competition days … Nuernberger regained the kick scoring duties prior to the 10th game of the season vs. Illinois … he ended up finishing the year hitting three of his four field goal attempts with all three coming in the win over Michigan … he also converted on all 17 of his extra point attempts to extend his streak to 106 consecutive extra points, breaking Drew Basil’s record of 102 set between 2012-13.

2014 Season (Freshman): Nuernberger set 10 Ohio State (seven) and Big Ten (three) records as a freshman place kicker for the College Football Playoff national champions … his Big Ten marks were 128 points in a season, 89 extra points and 49 extra points in Big Ten play … his school marks included his total points and extra point made figures, consecutive extra points (89), extra-point attempts & percentage (89 and 1.000, respectively), career extra point percentage, and extra points in a bowl game (six) … had a long field goal of 49 yards at Penn State … his field goal attempts included an 8-of-10 showing in field goals between 20-29 yards and a 5-of-10 effort from 40-49 yards … his four multi-field goal games included makes from 22 and 21 yards in the win over No. 1 Alabama in the CFB playoff semifinal Sugar Bowl game at the Mercedes-Benz Superdome.

More on Sean: Sean Nuernberger is one of six from his recruiting class who enrolled at Ohio State in January 2014 … he committed to the Buckeyes after spending three days at the Ohio State kicking camp and receiving an offer during the summer of 2013 … he was rated among the Top 10 kicking prospects nationally by all the recruiting services … a two-time Kentucky first-team all-state kicker as chosen by the Louisville Courier-Journal, Nuernberger connected on 13 of 20 field goal tries, 21 of 23 extra points and he averaged 42.3 yards per punts as a senior for coach Matt Brown … five of his “missed” field goals were the result of blocked kicks … he connected on an Oldham County school-record 57-yard field goal vs. Louisville Ballard … made seven of 12 field goals with a long of 46 yards and 29 of 32 extra points as a junior … is the son of Michelle and Kia Nuernberger … father played basketball for Germany in the 1992 Barcelona Summer Olympic Games after a standout career at Southern Illinois … led the Salukis in assists and free throw percentage for three years (1986-89) and was first-team all-Missouri Valley Conference in 1989 after leading the Salukis in scoring (16.4 ppg) and to a 25-win season.