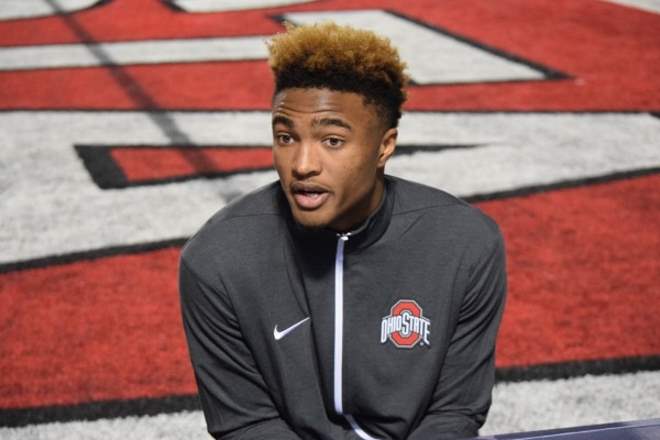 Enrolled and started classes at Ohio State in January 2017 … Shaun Wade is a 5-star prospect (ESPN, Rivals, 247Sports) who was honored with two national awards this year while starring for a Trinity Christian Academy team that has now won four consecutive state championships … Wade was named the 2017 Lockheed Martin defensive back of the year, an award that was presented at the U.S. Army All-American bowl, and he was named the American Family Insurance All-USA defensive player of the year … considered one of the Top 25 players nationally with overall rankings of No. 6 by ESPN and No. 17 by 247Sports and No. 24 by Rivals … has a consensus Top 5 cornerback rating with a No. 1 position from ESPN, No. 2 by 247Sports and No. 3 by Rivals … finished the 2016 season with 63 tackles, seven interceptions, including two returned for touchdowns, and nine pass break-ups for coach Verlon Dorminey … named a U.S. Army All-American and a MaxPreps All-American … had 35 tackles, two interceptions and 11 pass break-ups in 2015 … two-time Florida Class 3A all-state honoree and considered one of the Top 5 players in the state … is the son of Gwen and Randy Wade.