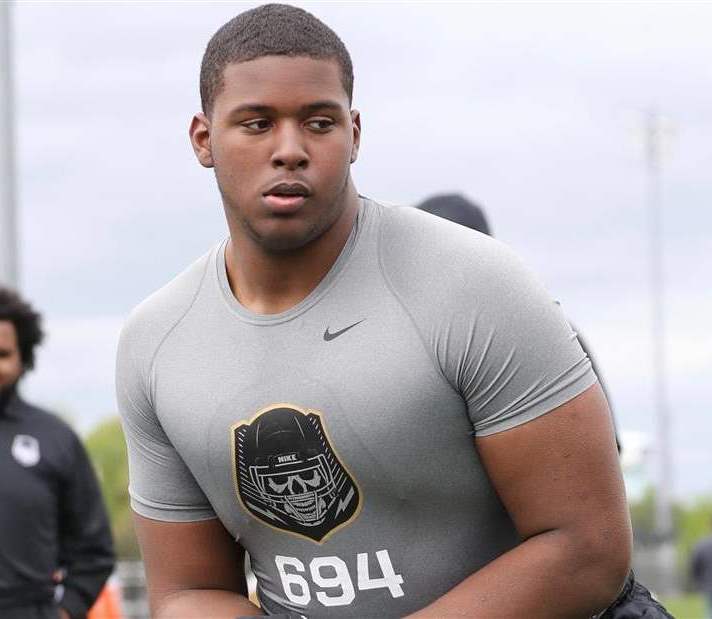 Thayer Munford is rated as a 4-star prospect by ESPN, 247Sports and Scout with position rankings at offensive tackle as high as No. 22 by Scout and No. 30 by 247Sports … he is also rated overall among the Top 300 players in the nation with Scout’s No. 207 the highest … Munford is from Cincinnati, but he transferred to Washington High School in Massillon, Ohio for his senior season … ruled out of playing for much of the season, but was able to play final three games of the regular season and one playoff game … played his first three years of high school football at Cincinnati power LaSalle High School … Munford helped LaSalle win consecutive Division II state championships, in 2014 for coach Nate Moore and in 2015 for coach Jim Hilvert … was named third-team Associated Press all-state and first-team all-Greater Catholic League as a junior … named third-team Associated Press all-state and all-GCL as a sophomore, as well, when LaSalle won the first state football championship in school history … also competed in track and field at LaSalle … transferred to Massillon after the 2015 season when Nate and Becca Moore became his legal guardians … is the son of MeLisa Thompson.