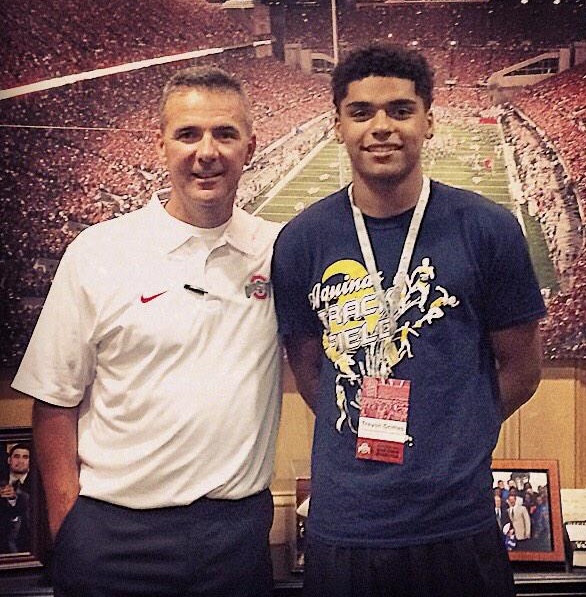 Rivals 5-star receiver (Rivals) Trevon Grimes had his 2016 senior season end after his third game with a knee injury, but he was outstanding prior to the injury and is considered one of the Top 50 prospects in this recruiting cycle … Grimes had a high overall ranking of No. 33 by Rivals and Top 5 receiver status by Rivals, 247Sports and ESPN … originally from Indianapolis, he moved to Florida in the sixth grade with his parents, Leah and Lebron Grimes, and flourished at St. Thomas Aquinas, on the football field for coach Roger Harriott and also on the track circuit … listed as the No. 11 overall player by PrepStar and this publication’s No. 1 receiver prospect, Grimes had 42 career receptions for 770 yards with 11 touchdowns and an 18.3 yards-per-reception average for Aquinas teams that won state titles in 2015 and 2016 … Grimes had 15 receptions for 274 yards (18.3) and two touchdowns as a senior and before his injury … named all-Broward County as a junior after a 27-catch, 496-yard season and led the Raiders with seven scores … attended The Opening, in Beaverton, Ore., this summer … state of Florida 300-meter hurdles champion as a freshman and sophomore, and was 110-meter hurdles runner-up as a freshman … named Sun Sentinel 2015 Class 4A-3A and all-Broward County track athlete of the year.