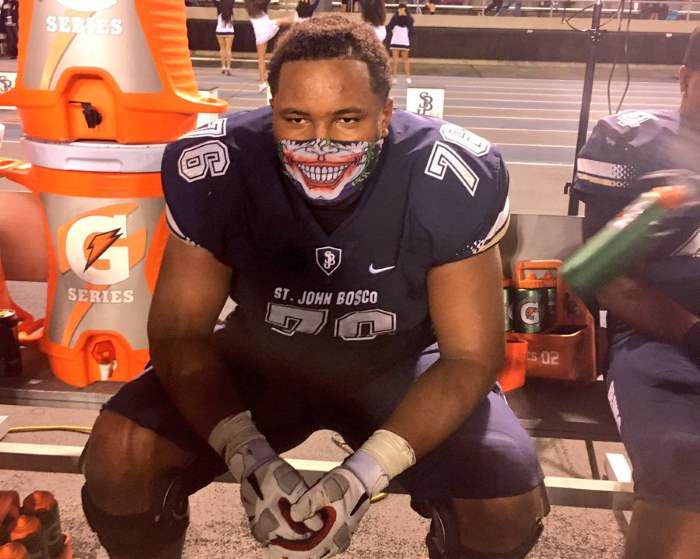 Wyatt Davis may not sit for long for the Buckeyes
Vitals

Talented and dominating 5-star offensive lineman (by Rivals, 247Sports and Scout) Wyatt Davis is one of the Top 25 players in the nation overall, with Scout ranking him No. 16 among his peers, Rivals No 22 and 247Sports No. 24 … a tackle for coach Jason Negro, Davis is considered the No. 1 guard prospect in the nation by all three of those rankings services and the No. 3 guard by ESPN, which also lists him No. 38 on its ESPN 300 … two-time member of the American Family Insurance all-USA Football Team and a U.S. Army All-American … chosen the U.S. Army’s Glenn Davis Award winner for epitomizing the Army’s high standard for excellence in community service, education and athletic distinction … named the Los Angeles’ Times Southern California player of the year and Trinity League lineman of the year as a senior … helped St. John Bosco to a 13-2 season and the Division I CIF championship as a senior … helped team to 13-1 and 12-2 seasons in 2015 and 2014, respectively … also played basketball … is the son of Inge and Duane Davis … father is an actor who has played roles of famous athletes such as Joe Louis and Buster Douglas … grandfather is NFL Hall of Fame defensive end for the Green Bay Packers, Willie Davis … brother, David, played football for Washington State and Cal and is a Cal graduate.