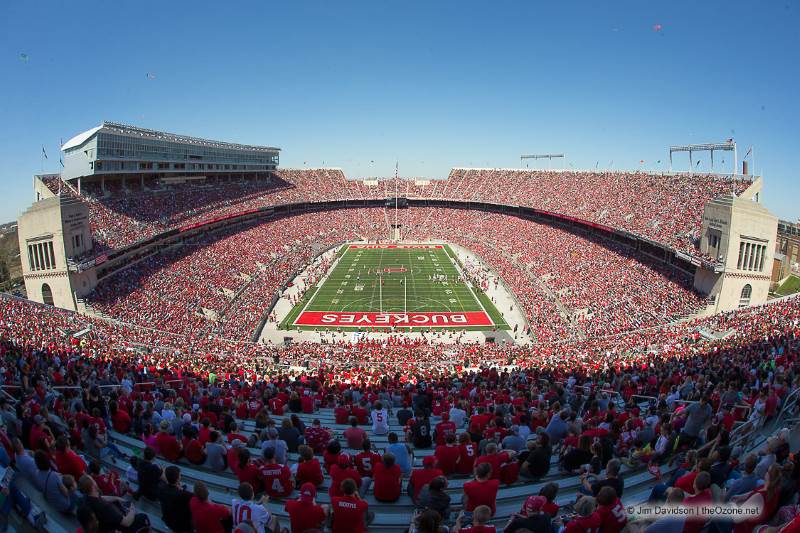 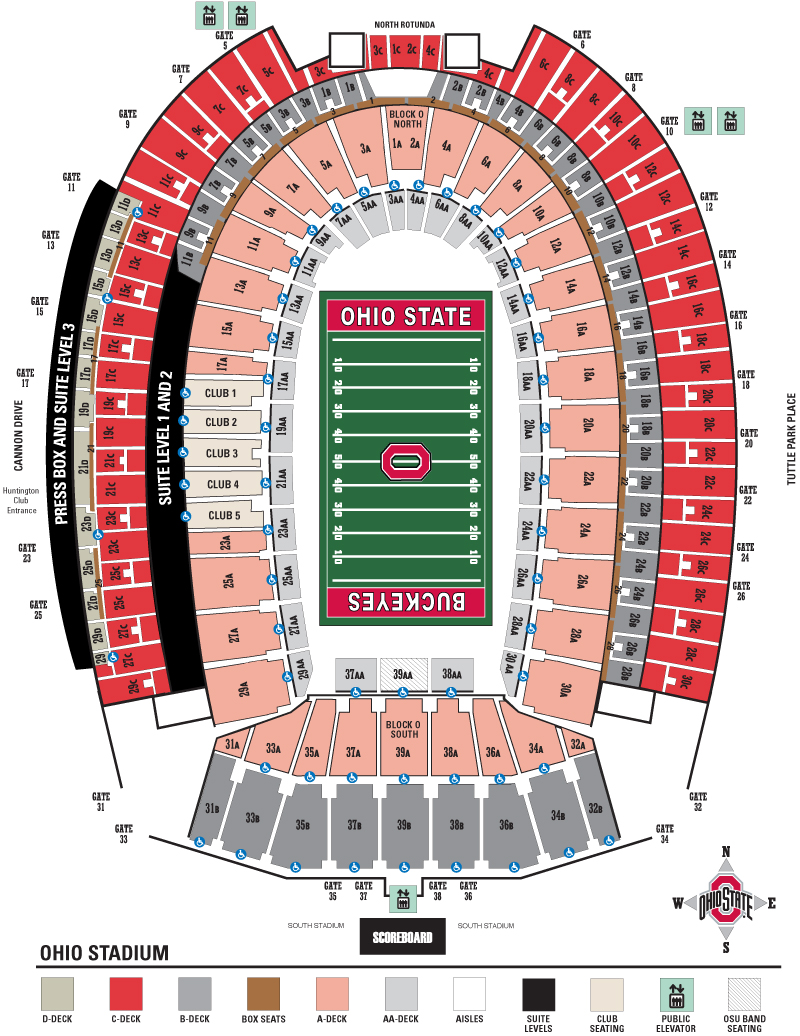 The seat section chart had a major change when renovations were completed before the 2002 season. Since then there have been minor changes, but larger changes are on the horizon.

Coming Soon to the Stadium Chart

The university has undertaken a large remodeling project that will actually decrease the number of seats in the stadium but will provide more club seating and seating with extra amenities. Improvements will also offer better visibility from B-deck. Many of those seat locations were obstructed by pillars. The new renovations should address at least some of those obstructed seat issues.

The lowest gate numbers are at the north end of the stadium beginning with gate 1 and gate 2.

Gate numbers get progressively higher as you travel south along the stadium and end with gate 39 in the south stands.