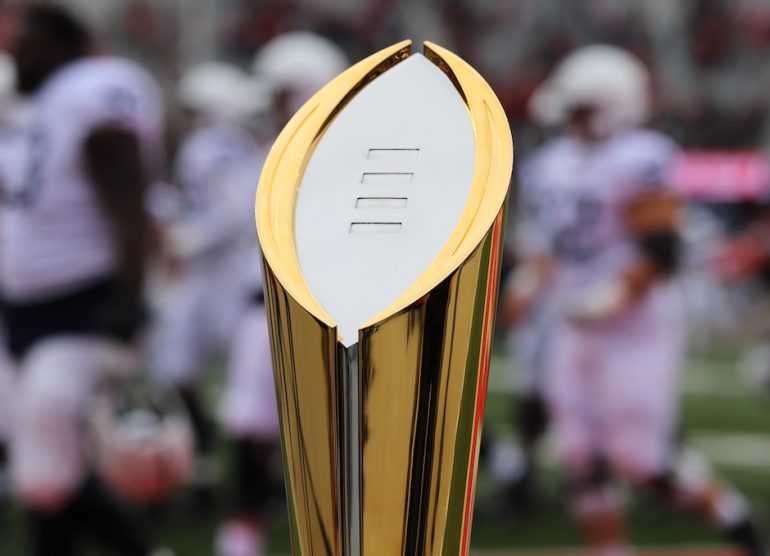 Football The Latest
No. 4 Ohio State Set for CFP Semifinal Matchup vs No. 1 Georgia
by Caroline Rice 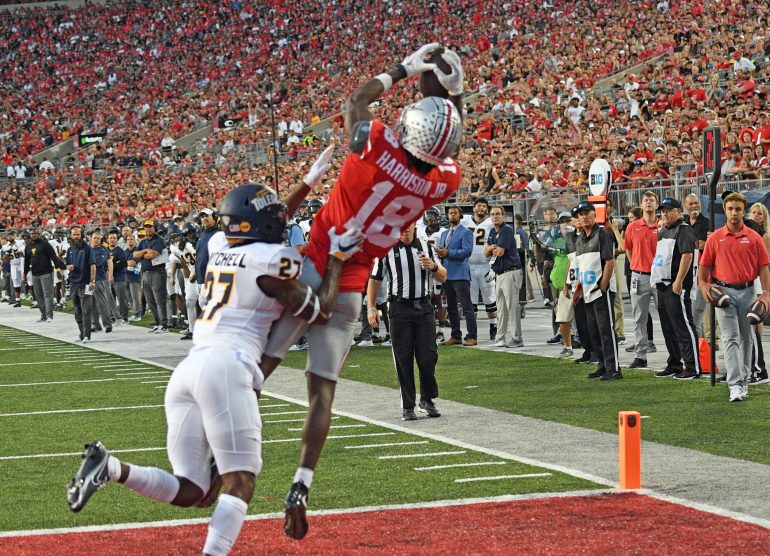 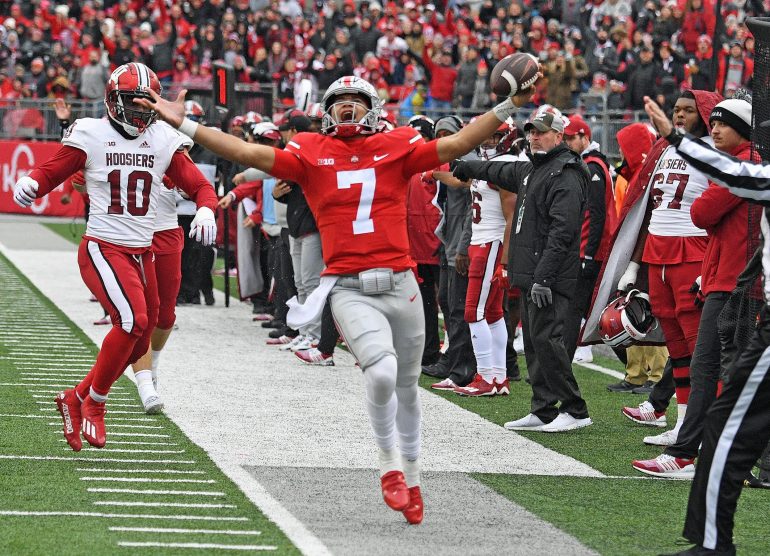 Football The Latest
C.J. Stroud Named Big Ten Offensive Player of the Year, Quarterback of the Year
by Caroline Rice 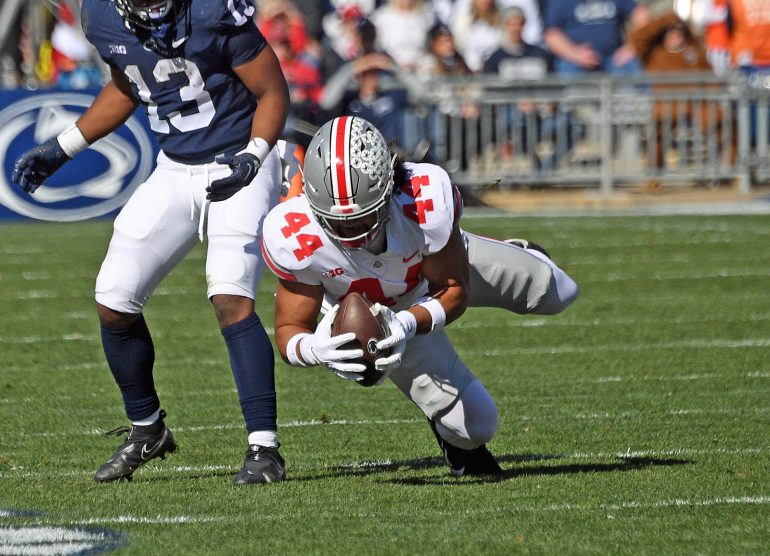 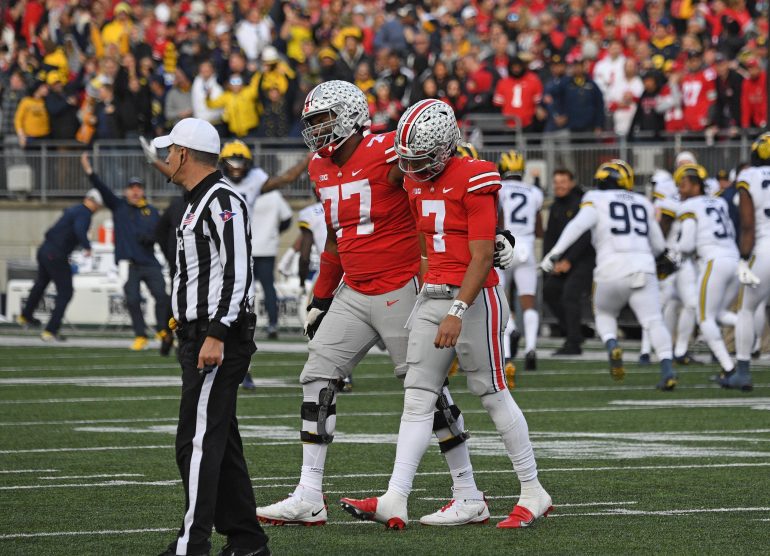 Football The Latest
Michigan Stuns Ohio State at Home in 45-23 Loss
by Caroline Rice
November 25, 2016by Tony Gerdeman
As the world’s foremost authority on things that I know, and the world’s second-most foremost authority on things that I think I know (my wife is the world’s foremost authority on that), I thought it would be appropriate for me to share what I know — and what I think I know — about The Game. Having watched every game each of Ohio State and Michigan have played for over…
November 24, 2016by Tony Gerdeman
Everybody has a subject that they bristle at when it is brought up. For some Buckeyes, that subject has been impossible to avoid this week. It’s probably a good thing that the team only met with the media on Monday and has been on lockdown the rest of the week. That subject, of course, is Michigan football, and you can’t go anywhere in the city of Columbus this week without…
November 24, 2016by Tony Gerdeman
As we do around here when there is a big game, we go and seek out the perspective of the beat writers covering Ohio State’s opponent. This, obviously, is the biggest game, and it might just be the most hectic and busiest football week of the year because there are so many stories to write and then right in the middle of it, everybody stops for a day to do…
November 23, 2016by Tony Gerdeman
“Be prepared.” It’s not just for Scouts. It also goes for football players. Be prepared. Why? Because you never know when the guy in front of you on the depth chart is going to get into a fight and get ejected and offer up a double-barreled salute to a non-adoring public as he is escorted off of the playing field. Fortunately for the Buckeyes, Pat Elflein had prepared, and was…
November 23, 2016by Tony Gerdeman
I’m the kind of guy who can run a Michigan Mailbag every week of the year because I’m endlessly interested in this rivalry. Despite that interest and desire to run a bunch of Mailbags, it’s already Wednesday and I’m just getting to my first one. I’ve got enough submissions for two or three more, but probably not enough days to get it done. Still, if you’ve got something you want…
November 23, 2016by Kyle Morgan
The Michigan Wolverines have a lot of veteran talent on their roster this season. In this edition of the No Huddle Breakdown, we take a closer look at some of the impact players who will put their pants on one leg at a time like all of the others. Jabrill Peppers #5 LB/DB/KR/PR Junior 6’1” 205 An all-around athlete, Peppers is 3rd in the Big Ten in Tackles For Loss…
November 23, 2016by Tony Gerdeman
Football is a physical sport, and that physicality is only intensified during rivalry games. The same holds true for the Ohio State – Michigan rivalry. For decades, former Buckeyes and former Wolverines have said that this is the hardest-hitting game that they played in every season, and they said those words with reverence while rubbing a shoulder or craning their neck in living memory. This Saturday’s game is obviously going…
November 22, 2016by Tony Gerdeman
Four more days. That’s all. To tide you over until then, Ohio State has released their official trailer/hype video for the Michigan game. Of course, it won’t tide you over once you see it. Just the opposite will happen, in fact. You will find it impossible to wait until Saturday. You will look at the clock and the hands will begin to move counter-it wise. You will look outside and…
November 22, 2016by Tony Gerdeman
Being an Ohio State or a Michigan fan, you know that the Wolverines own the advantage in this rivalry. It’s not the advantage that it once was, but it’s still an advantage. Michigan leads the series — which began in 1897 — with a record of 58-47-6 against the Buckeyes. The Buckeyes didn’t get a win in the series until their 16th attempt, putting them well behind the eight ball…
November 21, 2016by The-Ozone Staff

There is football of a bit of consequence being played Saturday near the Olentangy River, as you possibly have already heard. It has been a decade since both Ohio State and their rivals up north entered the regular season finale with legit chances at the national title still intact. When the rivalry last had these stakes, the Buckeyes won 42-39 and earned a shot at the national title. Rather than getting too bogged down in the specifics of what happened subsequently in Arizona, let’s just say that OSU’s beloved current head coach won his first crystal football that night and leave it at that.

November 21, 2016by Tony Gerdeman
Michigan (10-1, 7-1) defeated Indiana (5-6, 3-5) 20-10 on a cold and blustery Saturday afternoon filled with snow and relief. The snow — and the relief — came toward the end of the game when the outcome was finally no longer in doubt. Michigan was without quarterback Wilton Speight, who reportedly has a broken collarbone. Despite the reports, Jim Harbaugh hasn’t confirmed anything. Speight dressed and pretended to warm up…