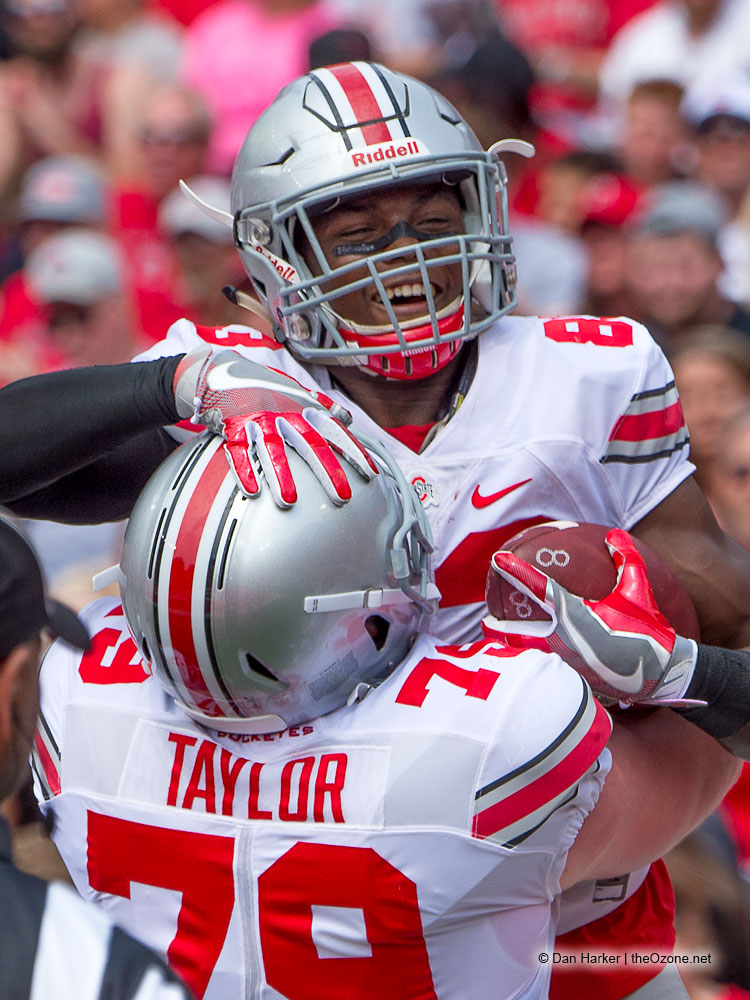 Brady Taylor will back up Billy Price
Vitals

2015 Season (Redshirt Freshman): Taylor got into four games last season, playing a total of 26 offensive snaps in games against Hawai’i, Western Michigan, Penn State and Rutgers … he red-shirted the 2014 season as a true freshman … earned OSU Scholar-Athlete status in 2014-15 and is majoring in hospitality management.

More on Brady: Taylor was a first-team Division VI Associated Press all-state selection as a senior at Bishop Ready … he helped Ready enjoy one of its finest seasons in school history in 2013, winning 12 of 14 games, including a three-win run through the state playoffs before dropping a 10-7 decision in the semifinals to eventual state champ Kirtland … Ready, then under the direction of Joel Cutler, also made the state playoffs in 2012, finishing the season with a 7-3 mark … Taylor was rated as a Top 50 offensive tackle prospect nationally by both Rivals (No. 42) and 247Sports (No. 45) … named to the U.S. Under-19 national football team and played in the International Bowl (vs. Canada) in Arlington, Texas … has wanted to be a Buckeye since he was in eighth grade, and in January 2014 his offer from the Ohio State coaches made this dream a reality … is the fifth offensive lineman and one of the final additions to the 2014 Ohio State recruiting class … he is the son of Susan and John Taylor..