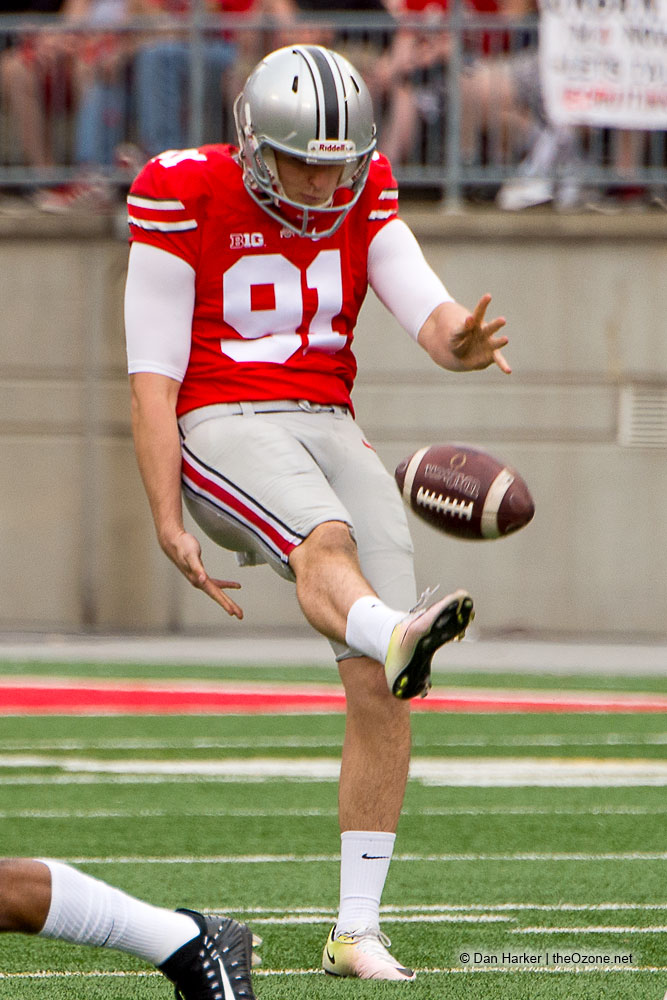 Overview: Chrisman was considered the No. 1 punter prospect in this recruiting class with 247Sports ranking him No. 1, the prestigious Kohl’s kicking and punting organization ranking him No. 1 (out of 81 punters) and Scout ranking him No. 2 … he had an impressive list of scholarship offers, including Florida State, UCLA and BYU in addition to Ohio State … averaged 46.4 and 43.0 yards per punt during the 2015 and 2014 seasons for LaSalle, respectively … the Lancers, his high school team coached by Jim Hilvert, won back-to-back Division II Ohio state championships those seasons as well … named first-team Division II all-state by the Associated Press as a senior after earning second-team honors all-state honors in 2014 … first-team all-Greater Catholic League … named all-USA Ohio by USA Today … a U.S. Army All-American … named all-district three times … was 38-40 on extra points as a senior and kicked a game-winning, 41-yard field goal with 10 seconds to play to help LaSalle defeat Colerain, 39-36, in a key game … is the son of Sheila and Travis Chrisman.