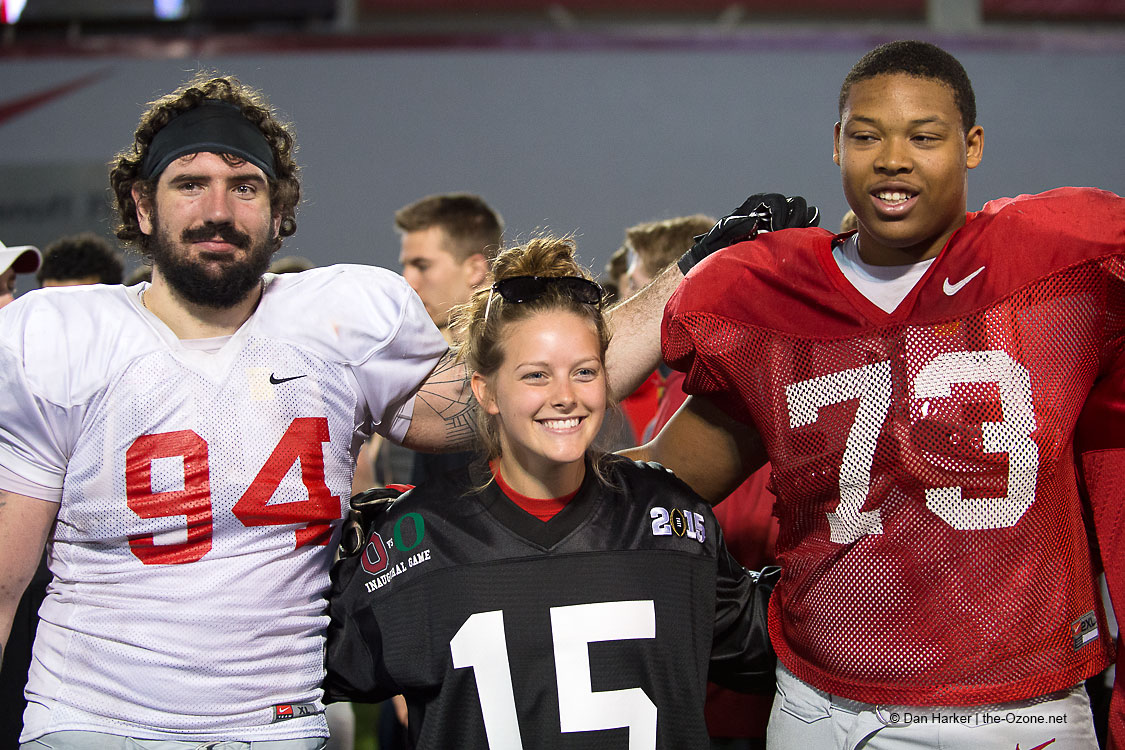 Dylan Thompson is a fourth-year junior… he has battled some nagging injuries his first two seasons as a Buckeye, prompting a red-shirt season in 2014 after injuring a knee during fall camp and a quiet 2015 campaign where continued rehabilitation was predominant … he did practice with the team through the 2016 spring drills … he is majoring in sport industry.

More on Dylan: Thompson is from Chris Andriano’s powerful Chicago-area high school program at Montini Catholic, the same school that produced former Ohio State captain Garrett Goebel …he was a four-start prospect according to ESPN and its No. 37 defensive tackle prospect in the nation … 247Sports ranked Thompson as its No. 16 strong-side defensive end and Rivals positioned him No. 22 at that position … Scout ranked him No. 39 at end … Thompson played on Montini Catholic state championship football teams as a freshman, sophomore and junior and on a runner-up, 13-1 team as senior … he tied the school record with 17 quarterback sacks as a senior and also contributed 60 tackles and a total of 35 tackles-for-loss … earned Suburban Christian Conference lineman of the year honors … also earned Chicago Tribune and Champaign News-Gazette first team all-state accolades … a USA Today all-Illinois selection … selected to the U.S. Under-19 national team and played in the International Bowl (vs. Canada) in Arlington, Texas … is the son of Michelle and Ron Thompson.