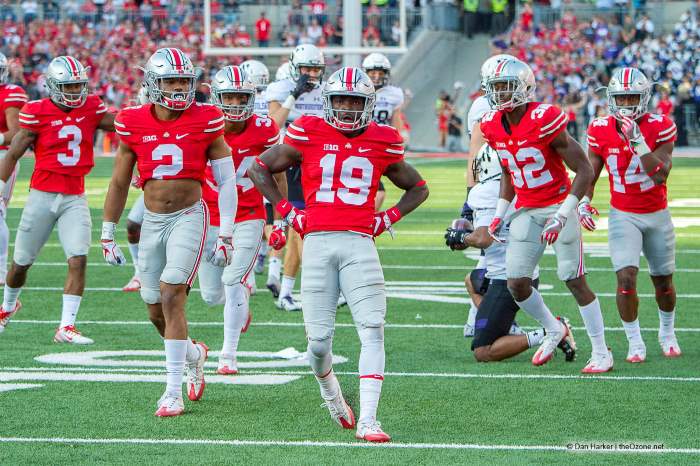 Eric Glover-Williams will help the offense and special teams
Vitals

2016 Season (Sophomore): Eric Glover-Williams was a standout on special teams … played in 12 games and recorded seven tackles … moved to H-back in the winter following the 2016 season

2015 Season (Freshman): Glover-Williams played in seven games on special teams as a true freshman in 2015 with nine plays vs. Rutgers and seven vs. Penn State his high games for plays

Overview: Eric Glover-Williams was the first to commit to the Class of 2015, doing so in Spring 2013 … played numerous offensive positions, but concentrated on running back as a senior … was named Division I Associated Press all-state as a senior after rushing for 1,149 yards and 14 touchdowns with 16 receptions … also had a punt return touchdown and a 100-yard interception return score … a consensus 4-star prospect with Top 100 overall rankings on the ESPN 300 (No. 90) and by 247Sports (No. 97) … also rated as high as the No. 7 athlete (Rivals) and the No. 12 cornerback (247Sports) … the third-leading rusher in McKinley history with 3,820 yards and the No. 7 scorer in Stark County history with 56 touchdowns, which ties former Buckeye Jeff Logan’s prep total and is two more than current Buckeye Bri’onte Dunn … Glover-Williams was named second-team Associated Press all-state in 2013 as McKinley went 9-2 and advanced to state playoffs … from same school to produce Mike Doss and Tyler Everett … played for both Todd Filtz and Thom McDaniels … an Under Armour All-American … is the son of Ann and Jerry Williams.