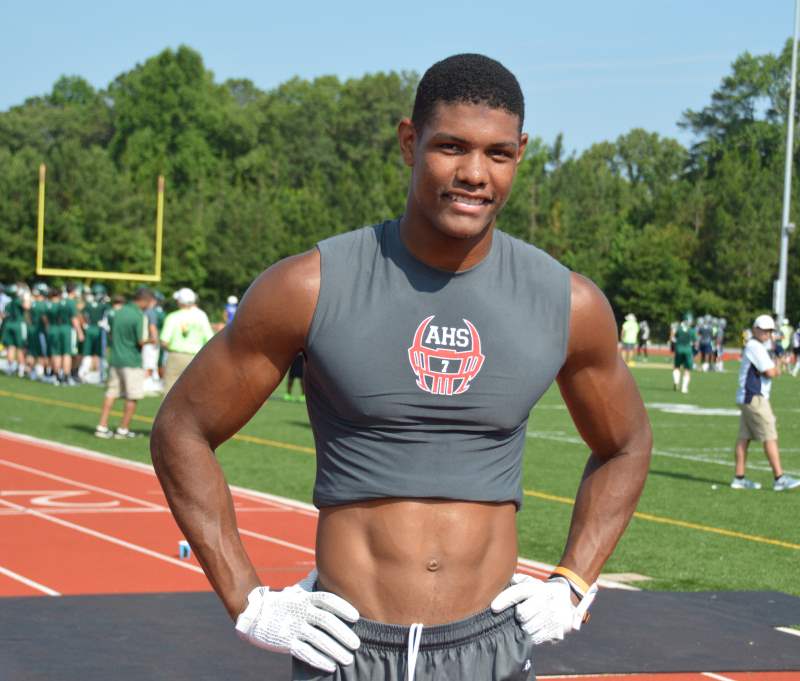 Isaiah Pryor is an overall Top 100 prospect and a 4-star safety from Lawrenceville, Ga., who played for IMG Academy, in Bradenton, Fla., as a senior in 2016 … one of the nation’s Top 50 prospect on the ESPN 300 with a rating of No. 45 … teamed in the IMG defensive backfield with Ohio State early enrollee Marcus Williamson and helped IMG, coached by Kevin White, to a 12-0 record, a No. 1 ranking in the state of Florida and a No. 4 national ranking … made 54 tackles on the season and was rated the No. 3 safety prospect in this class by ESPN, and No. 7 by 247Sports and Scout … an Under Armour All-American on the field, Pryor was outstanding off the field, as well, being named a finalist for the Watkins Award, which honors the top African American scholar-athletes in the U.S. … recorded 40 tackles as a junior in 2015 for coach Andy Dyer at Archer (Ga.) High School … named honorable mention Class 6A all-state and all-Gwinnett County in 2015 … wrestled for multi-state champion program at Archer, as well … helped Archer to an 11-4 record and a state 6A title game appearance in 2014 … is the son of Lillian and Richard Pryor … father played defensive end for Iowa from 1984-88 under Hayden Fry.