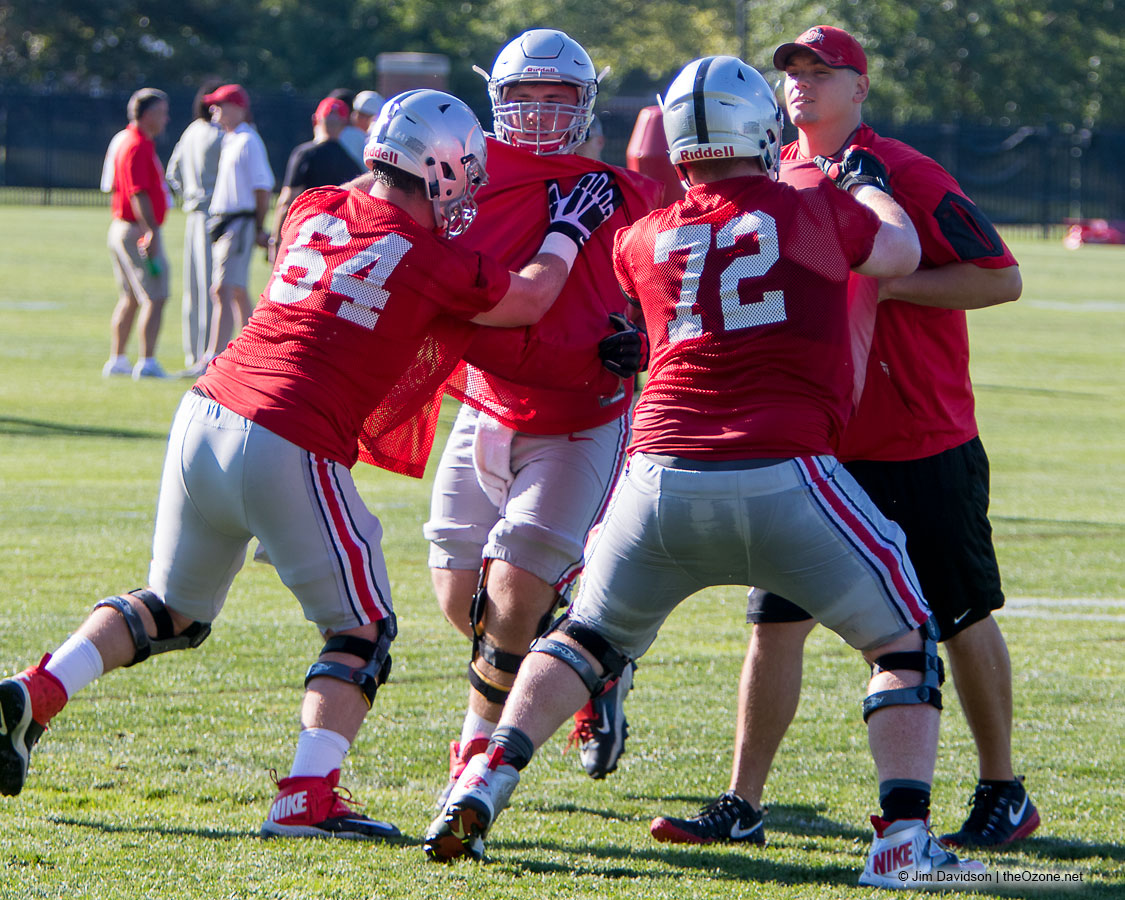 Jack Wohlabaugh (No. 64) is battling to be the backup center
Vitals

Overview: Wohlabaugh was a 4-star prospect by Rivals who was a three-year starting offensive lineman for coaches Gerry Rardin and Scott Beigie at Walsh Jesuit High School … Wohlabaugh moved to center after the second game of his senior season because of an injury to a teammate, and that’s the position he is expected to play as a Buckeye … rated as high as the No. 4 center prospect nationally by Scout and as high as the No. 12 player in Ohio by Rivals … he was almost destined to play center, with his father, Dave, having played the position for nine years in the NFL, including a Super Bowl season in 1997 with New England and four seasons with the Cleveland Browns … Wohlabaugh was a first-team Division II Associated Press all-state selection in 2015 and a member of the all-USA Ohio football team, as selected by USA Today … he helped the Warriors to the Division II state playoffs as a junior in 2014 … credits his flexibility and footwork to playing hockey through his sophomore season … he does come from a family of athletes: his Mother, Virginia, played field hockey at Syracuse while his dad played football for the Orange … older brother, Evan, is a hockey captain for St. Bonaventure’s club team and he also has a younger brother, David.