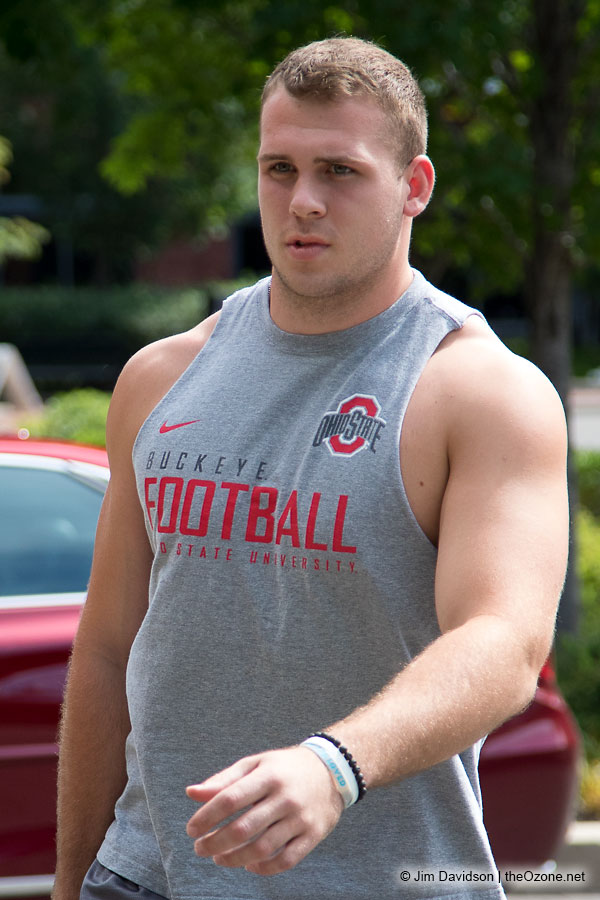 Jake Hausmann will figure into the depth chart in 2017
Vitals

Overview: Hausmann was considered one of the Top 5 tight ends in the 2016 recruiting class and was a consensus 4-star prospect by ESPN, Rivals, Scout and 247Sports … both Rivals and 247Sports rated Hausmann No. 4 among tight ends with ESPN and Scout ranking him No. 5 … he is a Top 100 prospect on the Rivals 100 (No. 71) with 247Sports ranking him No. 120 overall and Scout No. 147 … the No. 47 player overall by Prepstar and a member of its Dream Team … he accumulated career totals of 95 receptions for 1,349 yards and 17 touchdowns, was second in the Greater Catholic League in receptions in both 2014 and 2015 and was first-team Division I all-state in 2015 as a senior with special mention all-state honors as a junior … played on state champion team in 2013 as a sophomore … caught 50 passes for 718 yards and 11 touchdowns as a senior, including huge games of 13 receptions vs. the Canada Prep Academy and 11 receptions vs. Don Bosco Prep … coached by John Rodenberg … attended The Opening in the summer of 2015 and was selected to play in the U.S. Army All-American bowl following his senior season … his parents – Vicky and Pete Hausmann – each attended Ohio State … has a sister, Madeleine, who is a current Ohio State student and a younger sister, Kirsten.