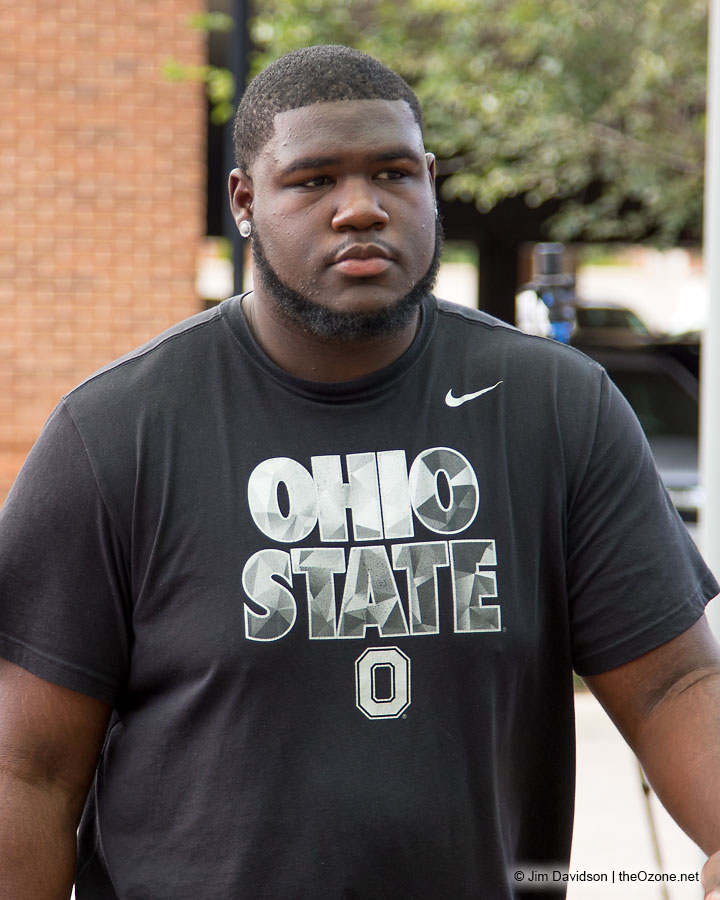 Joshua Alabi moved from DT to OT in the offseason
Vitals

2016 Season (Redshirt Freshman): Joshua Alabi played in six games on defense for the Buckeyes … finished with two tackles …recovered a fumble as well.

Overview: Alabi is in his third season with the football program and has moved to the offensive line … he redshirted the 2015 season as a true freshman and played sparingly on the defensive line in 2016 … Alabi was rated as the No. 1 defensive line prospect in the state of Michigan by Scout and a Top 30 strong side end by both Rivals (No. 26) and 247Sports (No. 30) as a high school senior … he, along with high school teammates Mike Weber and Damon Webb, give Ohio State three recruits in the past three years from the prominent Cass Tech program that won a state title in 2012 and back-to-back Detroit Public School League championships in 2013 and 2014 … Alabi started along the defensive line since his sophomore season when Cass Tech made the state championship game … he accumulated more than 100 tackles in his career … was also an accomplished offensive lineman who helped his team rush for over 3,000 yards in 2014 … was named Division 1-2 first-team All-State in 2014 as well as Detroit News all-metro, Public School League all-city, PrepStar all-Midwest Region and a member of MLive’s 2014 Dream Team … called a “quiet giant” by his mother, Felicia Jones … father is Charles Alabi.