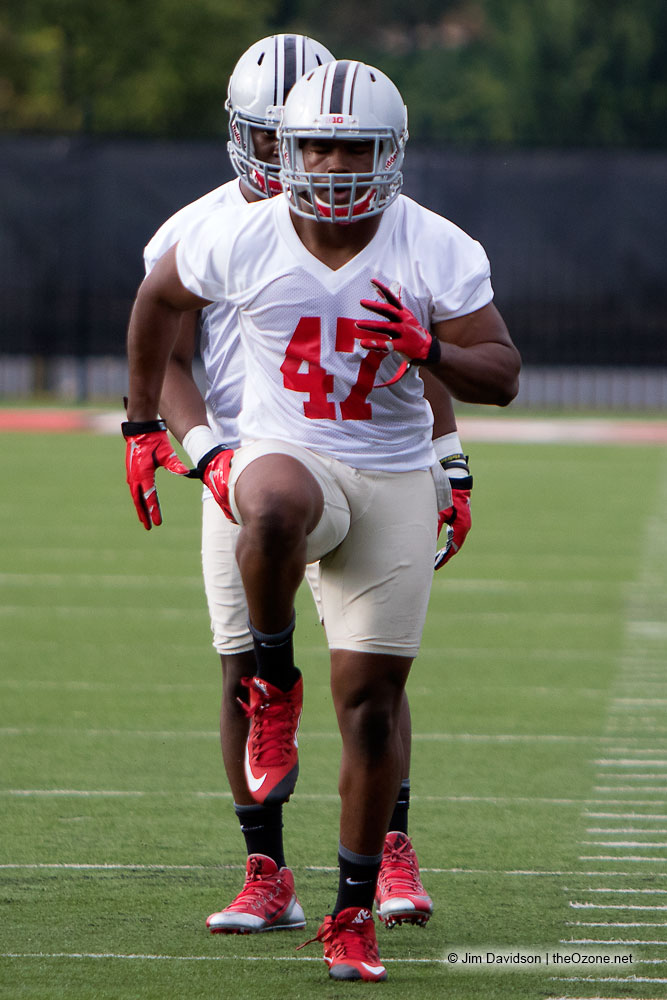 Justin Hilliard is the backup MLB in 2017
Vitals

2016 Season (Redshirt Freshman): Justin Hilliard played in three games, compiling four tackles before being lost for the season due to injury.

Overview: Justin Hilliard battled through a couple of injuries during his true freshman campaign of 2015 and ultimately redshirted the season … he took part in some spring drill activity but did not tackle … is exploring majors … Hilliard was a 5-star recruit by both 247Sports and ESPN and one of the top linebacker prospects in his recruiting class … rated as the No. 1 outside linebacker by ESPN and No. 2 by 247Sports, and the No. 1 inside linebacker by Rivals … also held lofty overall rankings of No. 17 on the ESPN 300, No. 30 by 247Sports and No. 45 on the Rivals 250 … PrepSports ranked him No. 32 nationally and a member of its 150 Dream Team … Hilliard was a finalist as a senior for the Dick Butkus Award and he was an Associated Press all-state selection and its Division I defensive player of the year … helped lead coach Steve Specht’s St. Xavier team to a 10-3 record in 2014 and a state semifinals appearance after recording 71 tackles and five quarterback sacks … had 76 tackles, four sacks and seven passes defensed in 2013 … committed to Ohio State on July 3, minutes before Jashon Cornell committed to be a Buckeye some 800 miles away in Minnesota … named a U.S. Army All-American but did not play as he was recovering from a knee injury … is the son of Diane and Carl Hilliard … older brother, C.J., is a running back for Ohio University … he will sit out this season after transferring from Iowa.