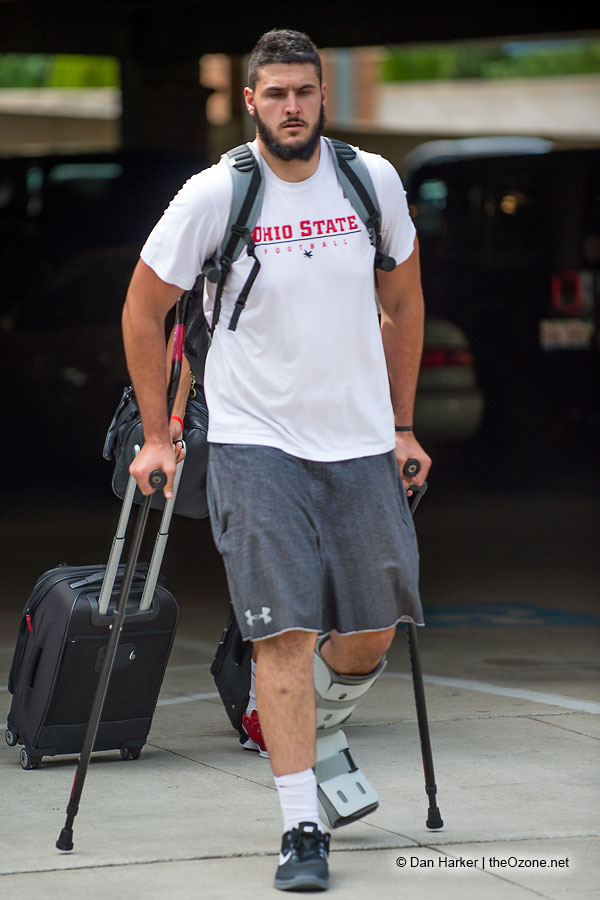 2016 Season (Redshirt Freshman): Kevin Feder did not play due to injury.

Overview: Feder redshirted the 2015 season as a true freshman and then missed most of spring drills earlier in 2016 with a foot issue … he is majoring in sport industry … Feder came to Ohio State from the powerful New Jersey program Don Boscoe Prep that was rated at one time in 2014 as the No. 1 team in the nation following a win over St. Thomas Aquinas … Feder played three years for the Ironmen and coach Greg Toal and started two years for teams that went 7-4 in 2013 and again in 2014 … a four-star prospect by Rivals and 247Sports, Feder was rated as high as the No. 16 offensive tackle prospect in the nation by Rivals and he was listed as the No. 54 tackle by 247Sports … held an overall player rating of No. 172 on the Rivals 250 … a PrepStar all-East honoree … also wrestled, and was a state qualifier in 2014 … attended Parsippany Hills as a freshman … is the fourth prospect from the state of New Jersey to sign a national letter of intent with Ohio State in the last three years after Eli Apple (Voorhees and Eastern H.S.) in 2013, and Noah Brown (Flanders and Pope John XXIII) and Darius Slade (Montclair and Montclair H.S.) last year … Father is Brian Feder.