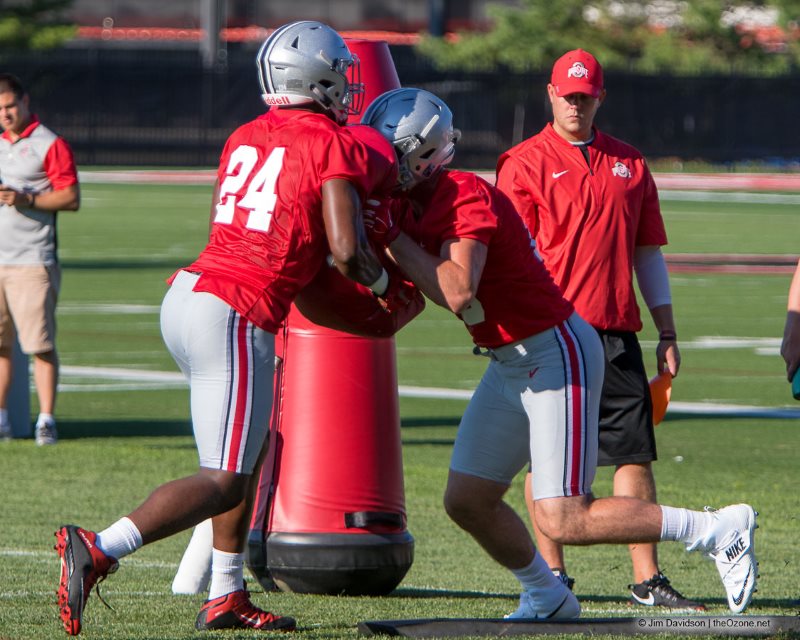 Can Kierre Hawkins figure into the rotation in 2017?
Vitals

Overview: Kierre Hawkins was the first of Ohio State’s three tight ends in this recruiting class to commit, doing so in October of 2014 … he was a consensus 4-star prospect (Rivals, 247Sports, Scout and ESPN) who had experience at running back, wildcat quarterback, receiver, and on defense for coach Devlin Culliver’s Maple Heights teams … he was rated as high as the No. 11 tight end prospect in this class by both 247Sports and Rivals and ESPN ranked him as a Top 30 athlete … he was the No. 3 tight end in the Midwest according to Scout and the No. 12 player in the Ohio senior class, according to 247Sports … was also named all-Midwest Region by Prepstar … Hawkins received third-team Associated Press Division I all-state honors as a senior when he helped his team to a 7-3 overall mark … this coming after he helped his school to the state playoffs as a junior in 2014 when he scored 14 touchdowns and rushed for 803 yards … Hawkins is the son of Connie & Sterlie Jones, and Wilbur & Kelly Hawkins.