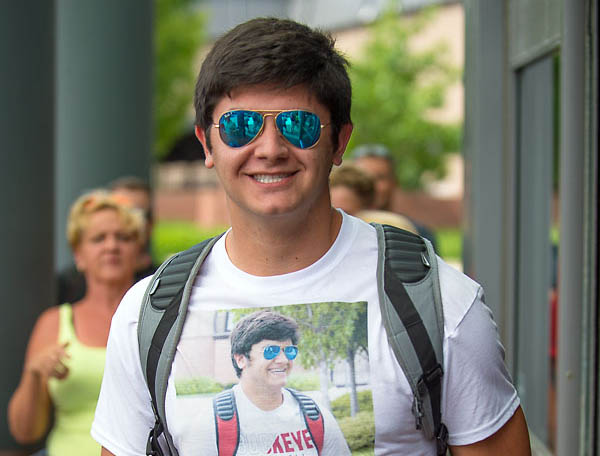 2016 Season (Redshirt Freshman): Liam McCullough played in every game for the Buckeyes as their No. 1 long snapper.

Overview: Liam McCullough redshirted the 2015 season as a true freshman and is believed to be only the second long snapper in Ohio State annals to earn a scholarship offer out of high school; the first being Bryce Haynes, who graduated in 2015 … McCullough had scholarship offers from two other Big Ten schools and one in the SEC … he was rated as the No. 1 long snapper in the country by 247Sports and No. 2 by the Rubio long snapping service … was called “dominant” on the Rubio long snapping website and “snaps with great power and accuracy” … has been Kilbourne’s long snapper since his freshman season, and he has been a long snapper since the fifth grade … helped coach Vince Trombetti’s Wolves to an 8-4 record in 2014 and to the second round of the Ohio state playoffs … was selected to play in the U.S. Army All-America game … talents also include teaching himself how to play the piano and trombone … he is the son of Michelle and Mike McCullough.