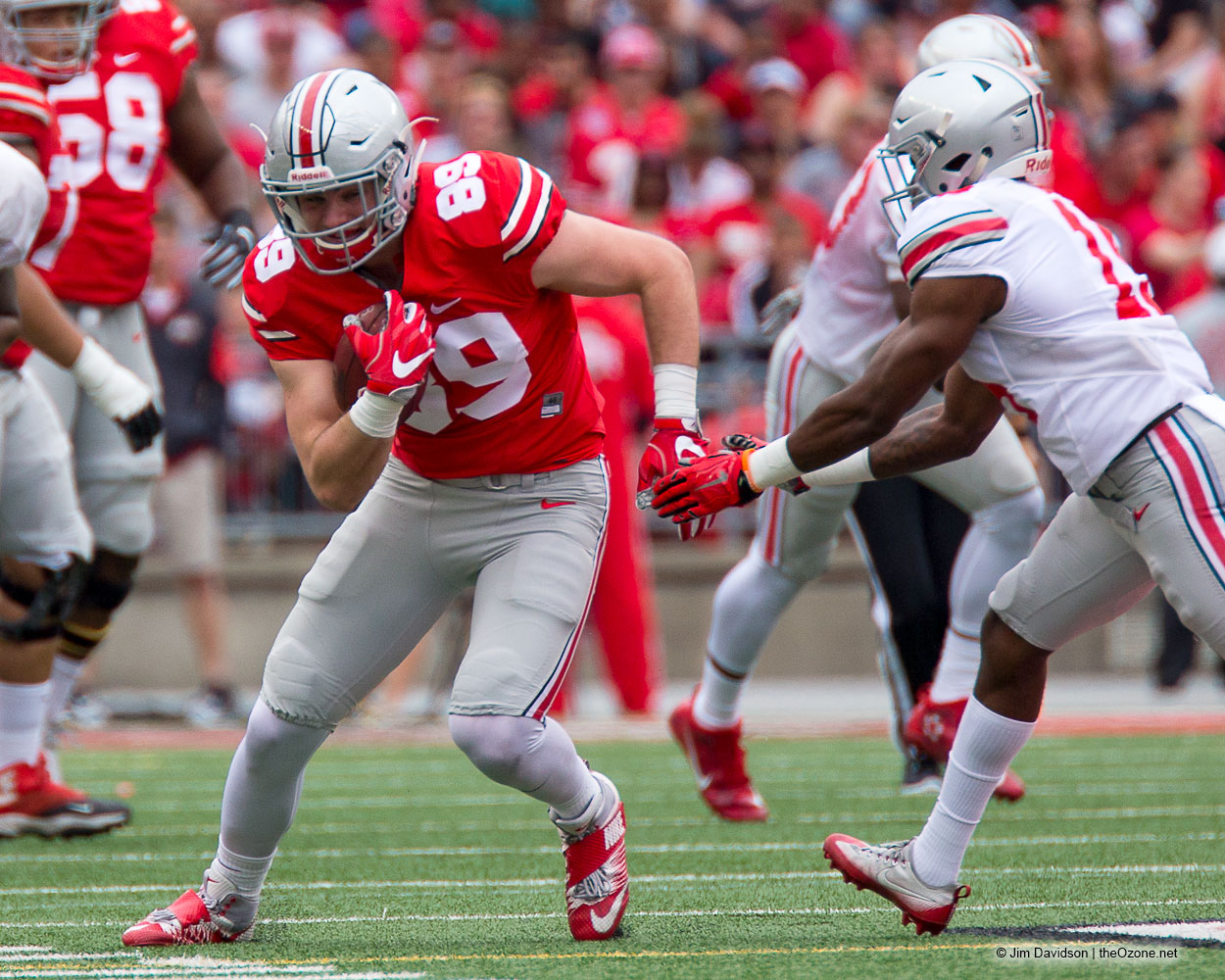 Overview: Luke Farrell was a consensus 4-star tight end prospect (ESPN, Rivals, Scout and 247Sports) and one of the top players at his position in the 2016 class with ESPN ranking him No. 6 at TE-Y and 247Sports and Rivals ranking him No. 7 … Farrell had some impressive overall rankings as well, with a No. 163 position on the ESPN 300 and a No. 224 spot on the Rivals 250 … Scout rated him at No. 229 … a Prepstar All-American … he was also considered the eighth-best senior prospect in the state of Ohio … Farrell was a second-team Division IV Associated Press all-state selection in 2015 and also a second-team all-USA Ohio selection by USA Today after catching 33 passes for 446 yards for a 10-2, state-qualifying team … he had 43 receptions for 730 yards and six touchdowns as a junior for Perry, a state qualifying team with a 6-4 overall record and coached by Matt Rosati … Farrell was also a four-year varsity letterman for Perry’s basketball team … he is the son of Kelly and Matt Farrell … has an older brother, Nolan, who is a current student at Ohio State, and a sister, Celeste.