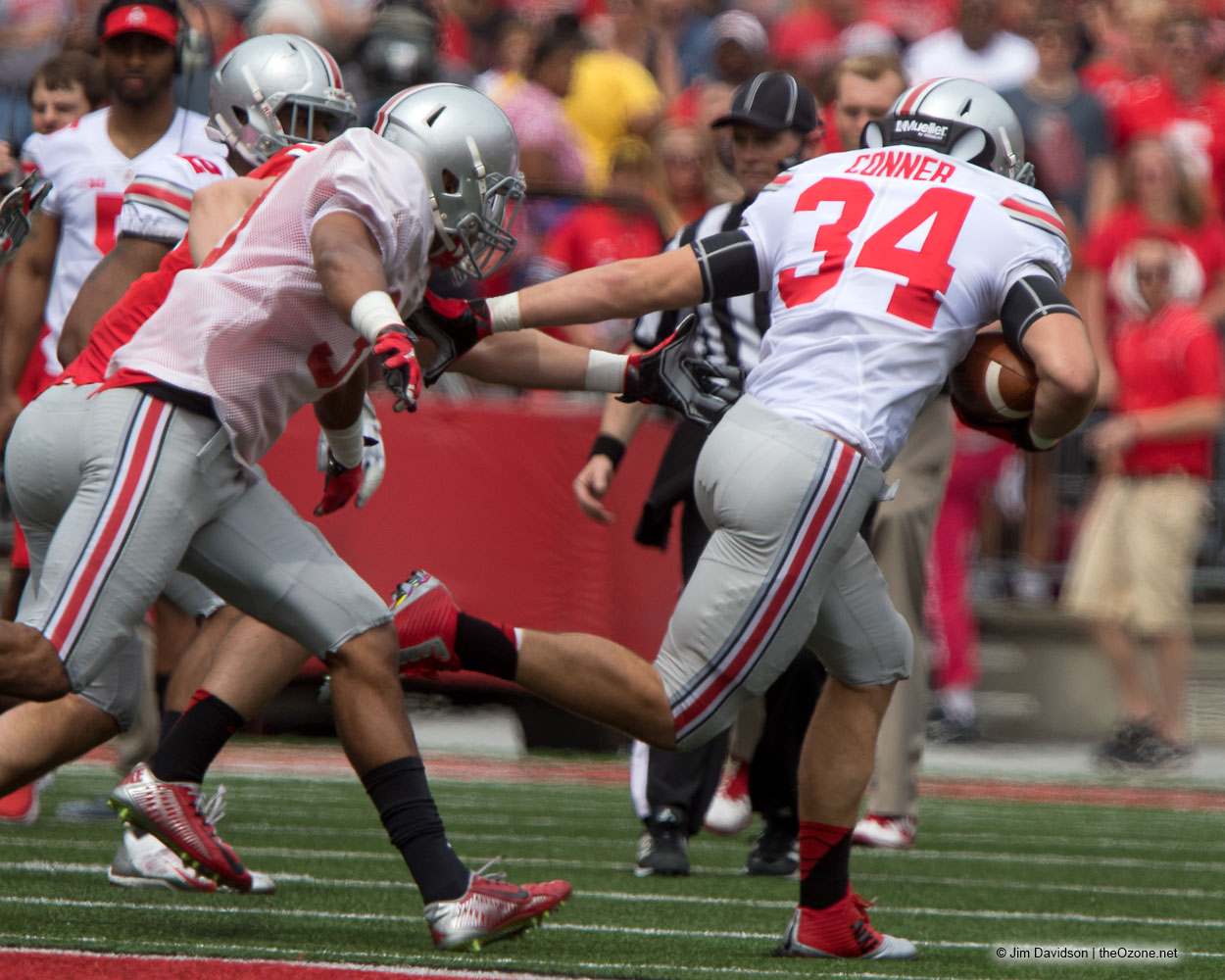 Overview: A knee injury mid-season prompted Nick Conner to end up redshirting the 2015 season as a true freshman … out of local Dublin Scioto High School, Conner announced his commitment to Ohio State in the early summer of 2014 and he enrolled in classes at Ohio State in January 2015 … helped lead Scioto to the 2014 state playoffs and a regional final appearance, although missed second half of the season with a knee injury … still was invited to the Semper Fidelis All-American game … rated a 4-star prospect by Rivals, Scout and 247Sports … rated No. 123 on the Rivals 250 and its No. 5 inside linebacker … the No. 8 inside linebacker by 247Sports … a Top 25 linebacker prospect by Scout and the No. 4 linebacker in the state of Ohio … named second-team Division II all-state by the Associated Press as a junior after recording 129 tackles with 19 TFLs … MVP of the Rivals 5-Star Challenge Camp in Baltimore in the summer of 2014 … comes from a family of Ohio State fans and from a home with an Ohio State “room” … he is the son of Renee and Scott Conner.