Ohio State has released its official depth chart for the TCU game ahead of Saturday night’s contest.

There are no significant changes from the first two weeks, but that doesn’t mean there aren’t plenty of items of interest.

OSU acting head coach Ryan Day has spoken of TCU’s veteran defense, and their depth chart absolutely bears this out.

The Buckeyes, comparatively, have just one senior on the entire defense, and that is backup Sam linebacker Dante Booker.

Instead of seniors on the defense, there are seven freshmen (six true) on the depth chart, along with 12 juniors and 11 sophomores. Saturday night, the Buckeyes will likely be starting eight juniors and three sophomores.

If they open up in the nickel, however, then expect to see redshirt freshman cornerback Shaun Wade in there as well.

Wade took over last week as the team’s top nickel back and came away with an interception. Defensive coordinator Greg Schiano said before last week’s game that they would move him all over the place, and we saw that against Rutgers. There were times he was playing press coverage and other times he was bailing out as a deep center fielder.

He will likely do more of the same this weekend against TCU, but don’t be surprised to see his role expand a bit each week.

Nothing else is expected to change in the secondary for the Buckeyes.

At linebacker, Tuf Borland will again increase his workload at middle linebacker, but Baron Browning is still listed as the starter there. Every coach at Ohio State has been adamant that Browning will continue to play in some form or fashion when Borland is back 100%.

The defensive line remains unchanged, and for good reason.

Interestingly, TCU has an OR situation of their own at left tackle. Sophomore Austin Myers has started the first two games this season — the only two starts in his career, but junior college transfer Anthony McKinney could also see time there. (It’s probably up to Nick Bosa.)

They have experience at left guard and right tackle, but sophomore center Kelton Hollins will be making his third career start on Saturday, and the right guard situation is saddled with an OR as well. Both right guards are seniors, but they have a combined four starts between them.

Offensively for the Buckeyes nothing has changed.

On the field, however, Ohio State will need a more solid outing from senior left guard Malcolm Pridgeon, who had breakdowns and penalties last week. He was the only Buckeye offensive lineman to not receive a Champion’s grade. If he bounces back to earn that mark this week, then it should be a good night for the Buckeye offense in Dallas.

Unlike the lack of senior leadership on defense, the Ohio State depth chart on offense features seven seniors, which only includes Brady Taylor once, even though he is the backup left guard and also a backup center.

Interestingly, however, even on offense there are more freshmen — eight — on the depth chart than seniors.

I guess that’s what happens when half a dozen guys leave early for the NFL every year. 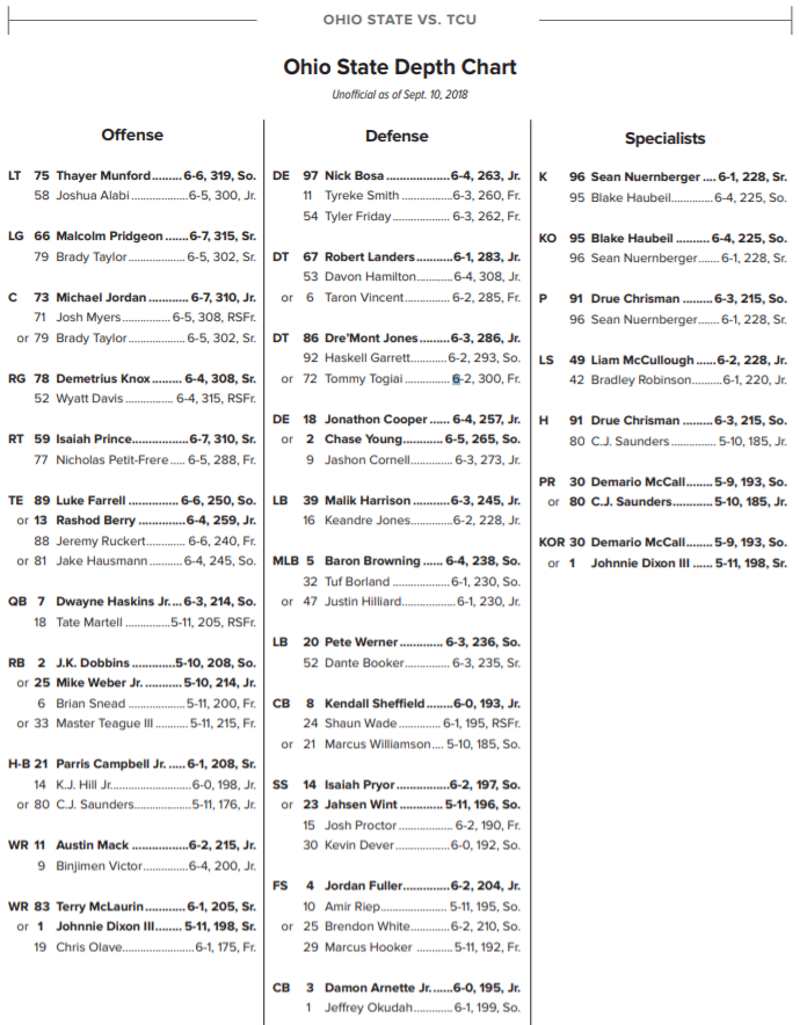 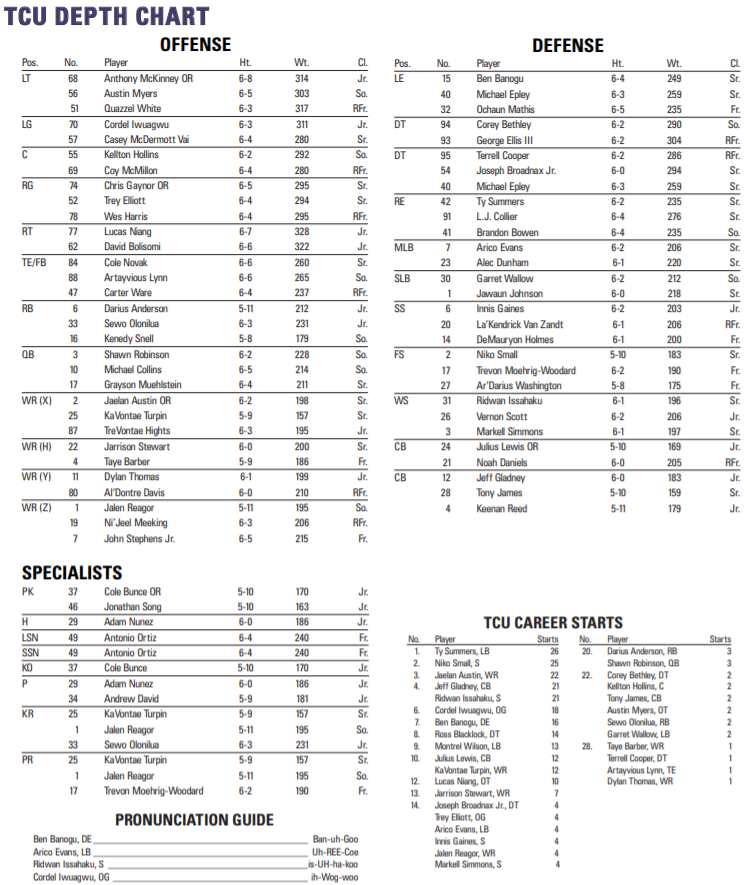