Since I gave a little shoutout to Rocky IV in last week’s projection article, I’ll continue on with the comparison, briefly. Penn State came out swinging, just like the title hero in the film, and proved that Dwayne Haskins is a man. They made him look indecisive, forced poor throws that we hadn’t seen all year, and stymied the Buckeye offense for much of the first half.

And yet, unlike Ivan Drago in the film, the Buckeyes didn’t fold and falter once they faced adversity. The Haskins-led Buckeyes marched down the field when it mattered most and struck back at the underdog. The game may not have gone as planned, with respect to the way it played out, but the end result was a good one and places Ohio State firmly in the driver’s seat in the Big Ten East.

As with each week, here are a few places that I did well in my week five projections… and a few that I missed on pretty badly. 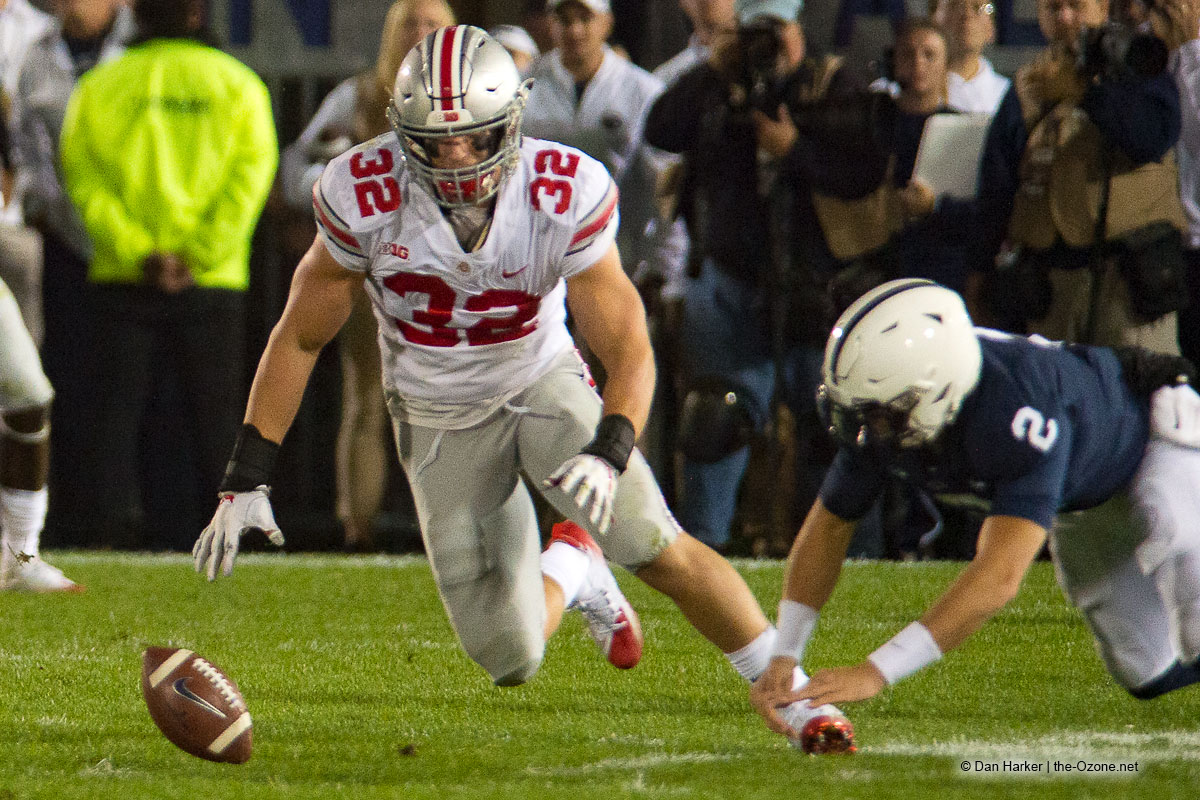 Don’t let the impressive 4-1 record fool you. The Hoosiers have been remarkably average in their first five football games this season. They had a nice road win against a decent Virginia team, but also lost by two touchdowns to a Michigan State team that, though ranked, has also struggled a bit this season.

In the in-between, they’ve taken care of some teams with a combined 6-9 record. They show promise at times, but the Hoosiers are who we think they are… a middle-of-the-pack team that has not beaten the Buckeyes since wide receivers coach Brian Hartline was one year old.

The game is in Columbus. The Buckeyes are coming off of a big win, overcoming possibly the biggest obstacle to obtaining their end goal. Ohio State’s talent level is superior at every position and it will show on Saturday. This will not be a close game, as they often are with Indiana. Instead, OSU will break out to an early lead and extend it at nearly every chance they get.

Those are all confident statements, but still too vague for my liking, so let’s get specific, shall we?

Dwayne Haskins, no longer bothered by early WR drops and a rabid crowd that wants nothing more than for him to fail miserably, bursts out of the gates in this one with a commanding first drive. He accurately guides the Bucks to a score, picking apart Indiana’s secondary, and shows that he doesn’t feel like playing in the fourth quarter in this one.

He (again) completes over 20 passes, falling just shy of 300 yards. One forced pass goes Indiana’s way, but just short of a fifth of his completions go for TDs in this contest. He throws for four scores before exiting the game and allowing Tate Martell the chance to face another Big Ten opponent.

Martell doesn’t quite do to the Hoosiers what he did to Rutgers, but he moves the ball and kills the clock. His legs also add another highlight video, as he scampers for a 20+ yard run in the middle of the last quarter.

Approaching 100%, Mike Weber shares the load with J.K. Dobbins, each getting 15 touches, including one catch per back. Dobbins shows his usual, powerful burst through the line, making linebackers miss consistently. He rushes for over six yards per carry and ends the game with just under 90 yards and a TD.

Weber, like Dobbins, moves the chains but also has a breakaway TD run, pulling away from the Hoosier defense and gaining him 40+ on the play. At the end of this game, Weber has regained the rushing lead from his teammate, albeit by just two yards. Master Teague also gets into the action, joining Martell on the field in the fourth quarter and rushing for 20 yards.

K.J. Hill, one of the Zone 6 heroes of the Penn State game, leads the pack with five receptions against the Hoosiers, one going for a TD. Parris Campbell, however, is the one making the SportsCenter highlights after the game, as he’ll catch and run for a fairly long score. He’ll also break through on a reverse and take the ball to the house from at least 40 yards out.

Joining in the touchdown fun will be Johnnie Dixon and Terry “Pancake” McLaurin, each catching a TD pass from Haskins. Austin Mack and Bin Victor move the chains a couple of times, along with Saunders, Berry and Farrell.

The defense doesn’t bend or break much in this one. Despite still not having Bosa in the lineup and a Dre’Mont Jones who’s less than 100%, the Buckeye defense will dominate the Hoosiers on Saturday afternoon. The linebackers don’t have nearly the worry with Peyton Ramsey that they did with Trace McSorley. Ramsey may scramble a couple of times for some yardage, but he won’t be putting Indiana’s rush attack on his back.

On the other side, he has been very accurate with his passing this season, failing to drop below 67% in a single game thus far. Indiana will attempt to “dink and dunk” the ball down the field, as they often do against the Buckeyes. However, the Silver Bullets play their assignments and get the stops and takeaways that they need.

The Hoosiers will move the ball for a couple of scores, but will also throw two interceptions. In addition, Chase Young will pick up where he left off in Happy Valley. I predict him getting consistent pressure and knocking the football loose on a Ramsey drop-back. The Bucks’ D ends this one with 10 tackles for loss and another five-sack performance. 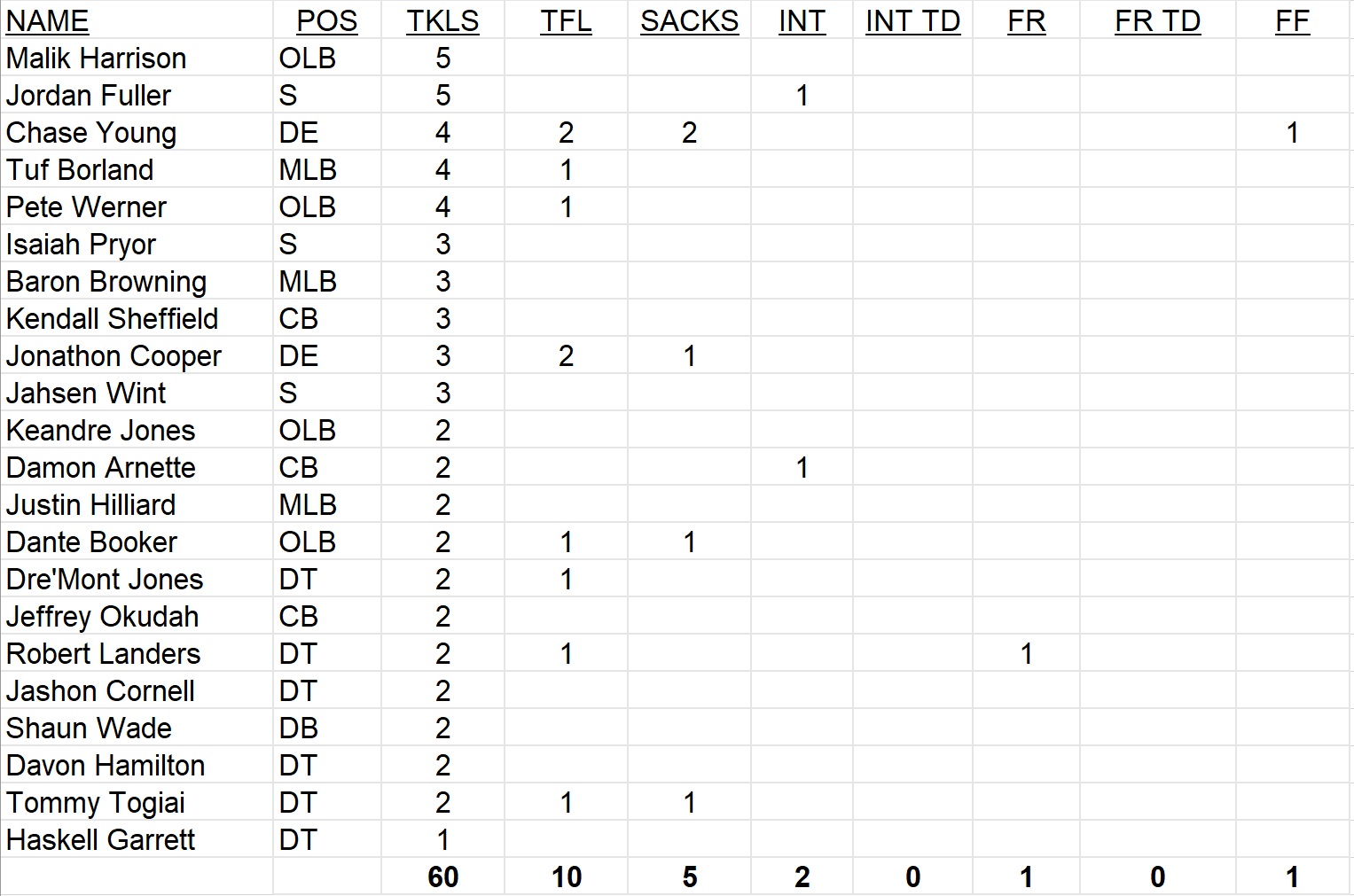 Rushing scores from Dobbins, Weber, and Campbell, four passing TDs from Haskins, and an early field goal give Sean Nuernberger ten more points on the year and keep his extra point streak alive and well.

Punting projection: IF Drue Chrisman has to punt it in this game, the ball will go very far, have little or no return, and likely frustrate the opposing coaches and players to no end.