Bosa hasn’t been with the team since October when he left school to focus on the NFL Draft. Bosa’s season was ended in Dallas during the TCU game where he suffered a core muscle injury.

Bosa arrived while the team was stretching.

He walked to the end of the field where the team was lined up and quickly joined the defensive linemen. He looked to be doing well, even getting down for one quick stretching drill before thinking better of it.

Upon joining his teammates, he went up and down seeking out particular teammates big hugs and some catching up.

He eventually found his way to the coaches, including Larry Johnson and Mickey Marotti. 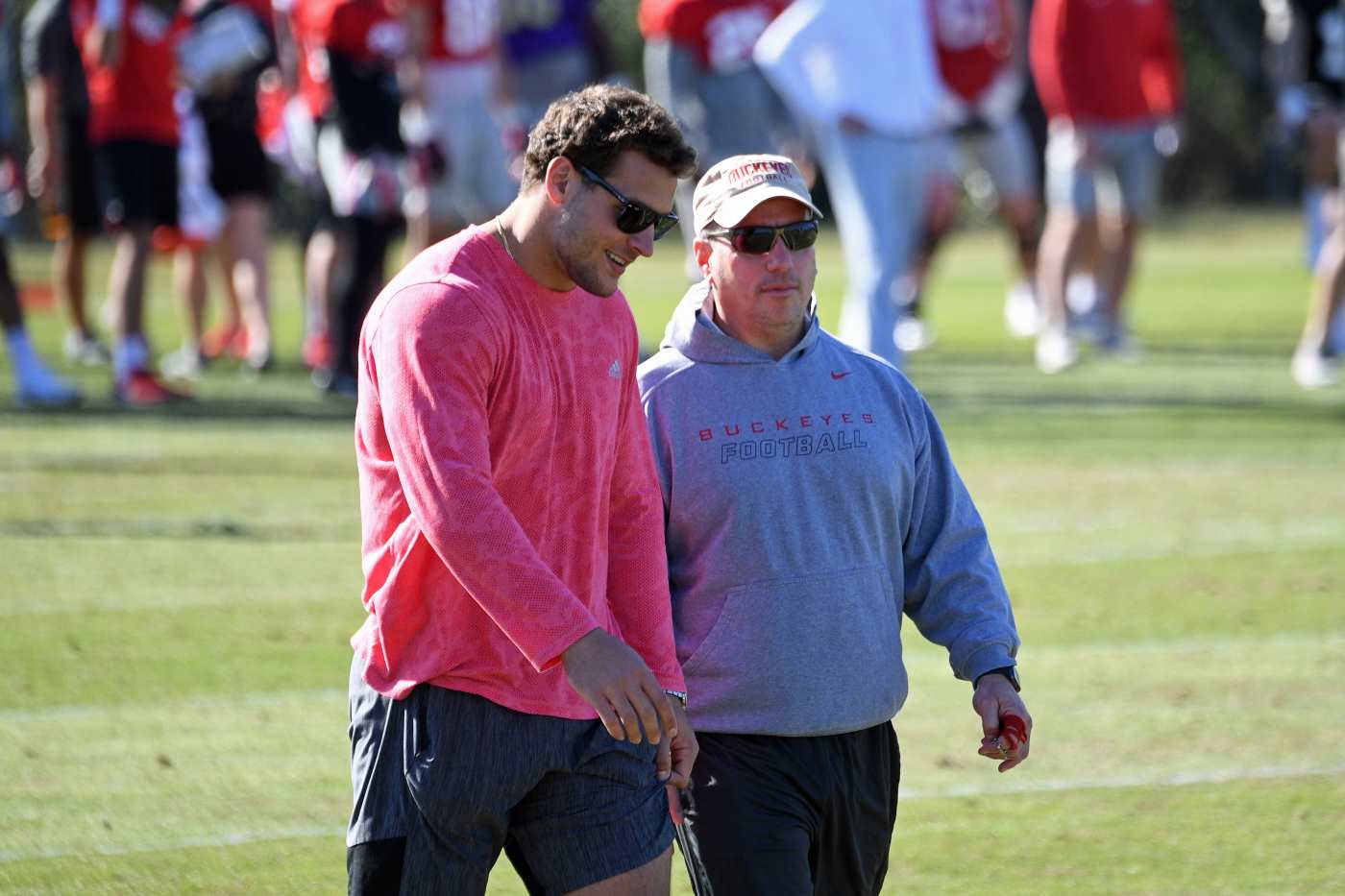 Marotti essentially put Bosa in a headlock, perhaps trying to get him to suit up for one last go-round.

Bosa then arrived at Urban Meyer. The two shared a hug and then stood talking to each other for a while. 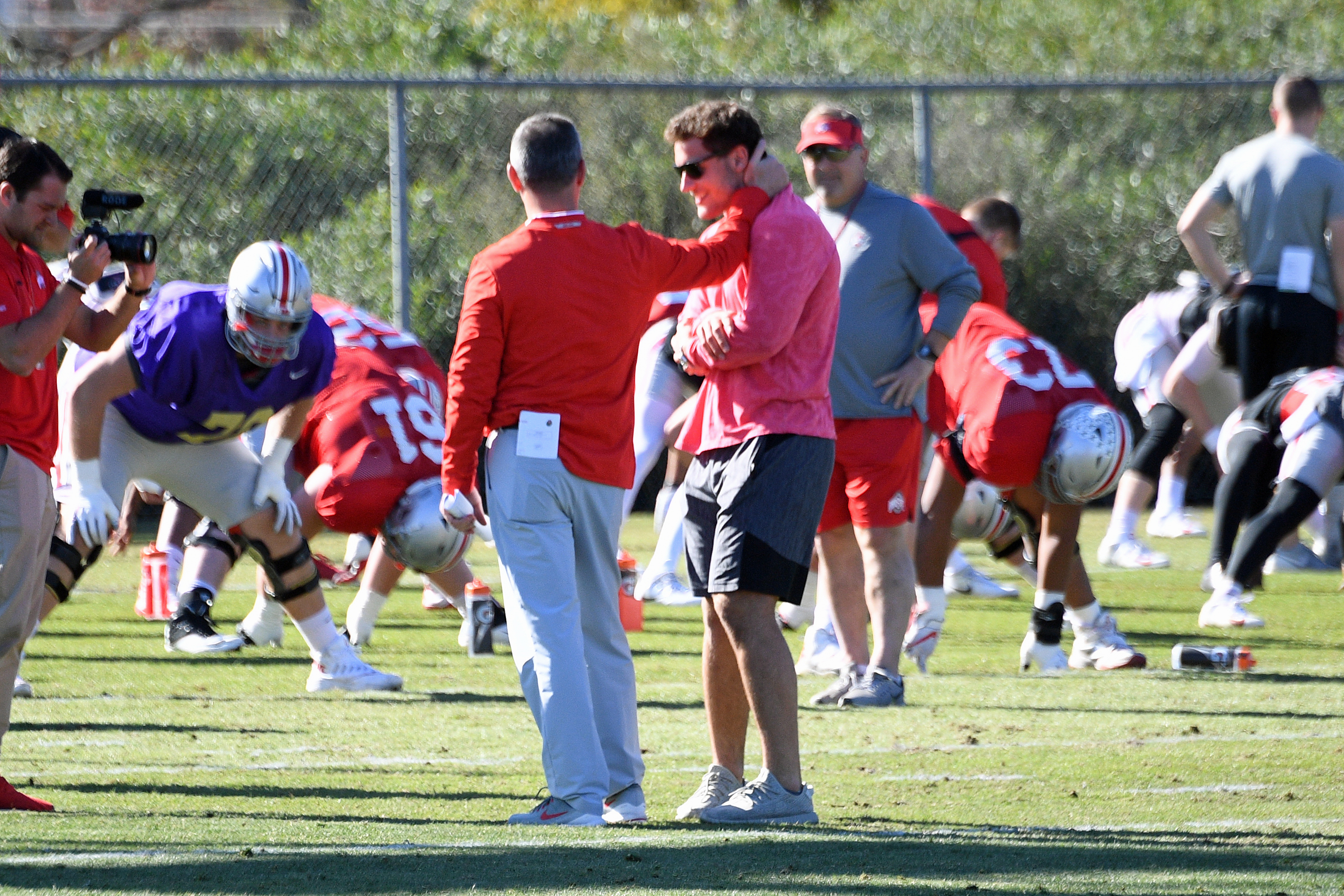 After the stretching, Bosa spent his time with Marotti before the media was ushered out for the day.

You can see video of Bosa greeting his teammates below.

The first teammate to seek him out was linebacker Justin Hilliard. He was then joined by Pete Werner. Bosa then made his way down the line to, fittingly enough, his old linemates.

The footage is sometimes hard to see because it was shot on a phone and from pretty far away, but Bosa is the one in the light red shirt who is hugging people.