Ohio State linebackers Tuf Borland and Malik Harrison were two of 51 linebackers around the country named to the Butkus Award Watch List on Monday.

The award is given annually to the nation’s top linebacker.

Harrison, a senior, tied for the team lead with 81 tackles last season. He had three games of double-digit tackles in 2018, which was his first year as a starter.

Borland, a fourth-year junior, finished second on the team with 67 tackles last season despite recovering from an Achilles injury in the spring.

He led all Buckeye linebackers with 9.0 tackles for loss last season, and his two forced fumbles were tied for the team lead.

Two Buckeyes have won the award, which began in 1985.

Andy Katzenmoyer was the first in 1997, and he was then followed 10 years later by James Laurinaitis.

Former Buckeye Raekwon McMillan won the high school version of the award in 2013.

Here is the watch list for college and high school in its entirety. 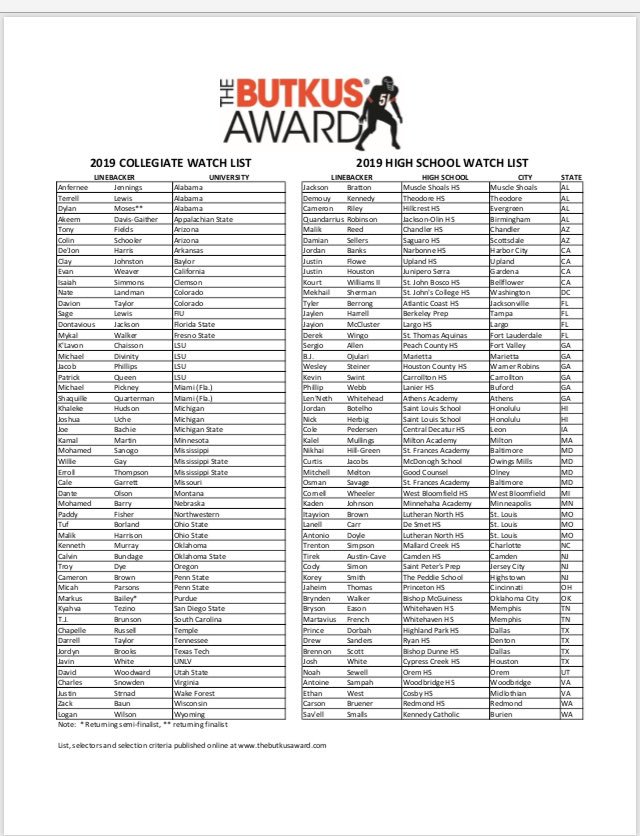