The university is currently investigating allegations of NCAA violations that appear to involve Klein.

Ohio State issued a comment following the release of the news.

“Ohio State is investigating allegations of violations of NCAA rules and university policy within the women’s basketball program. The university has notified the NCAA. On Friday, July 26, Klein was placed on administrative leave while the university investigates. Ohio State is working diligently to conclude its review of this matter.”

Klein had been with the program for eight years, predating current Buckeyes’ head coach Kevin McGuff.

Klein’s resignation letter says that it was brought to his attention that some of his actions as a coach “have not adhered strictly to NCAA rules.”

There appears to be more than just an NCAA issue at work here, however, as he also mentions that he has been made aware that “my communications with some student-athletes may have been too informal or in some cases even inappropriate, violating university policy.”

You can read Klein’s resignation letter in its entirety below. 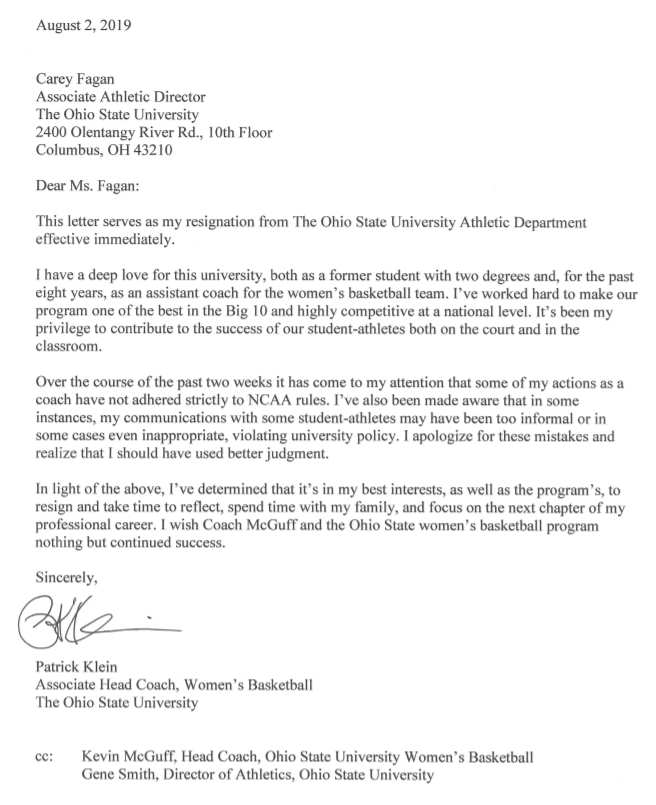