If you’re like me (read: cheap), you’ve probably cut ties with your local cable/satellite TV provider by now in favor of some other streaming option.

If you’re also like me (read: lazy), you’d want to have every possible sports channel included so as to avoid having to get up from the couch and go out into the public to watch a game.

Now, let me do you one better. Imagine a world where you can focus on the Buckeyes, but already have the outcome of all of the other Big Ten games at your fingertips.

That’s right, go ahead and schedule family events, dinners, your daughter’s soccer game, your son’s birthday party, etc., because we have you covered.

Below is my prediction for each and every Big Ten East football game this season. 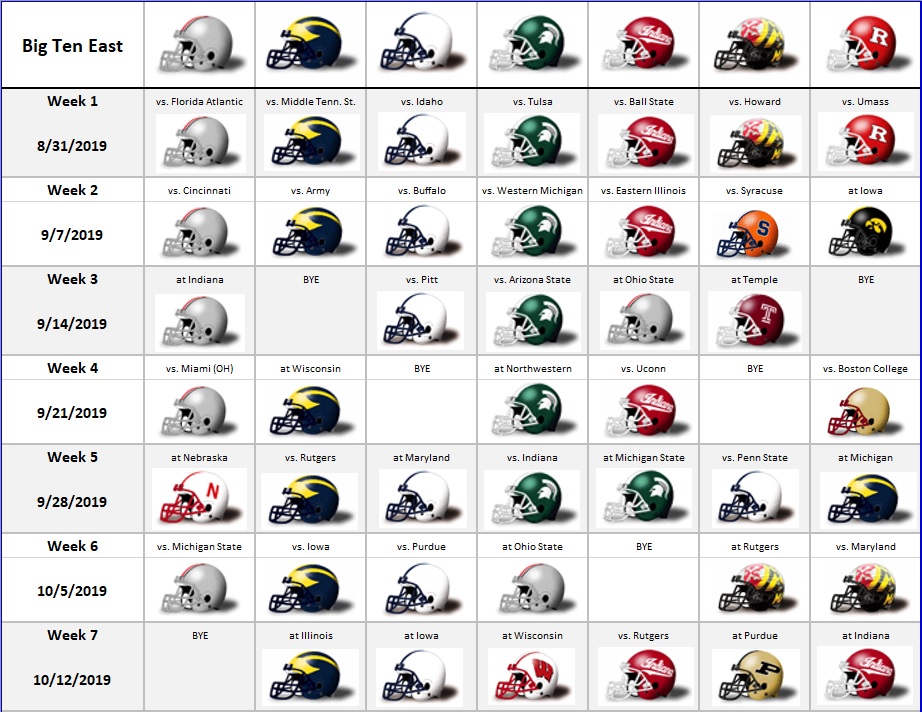 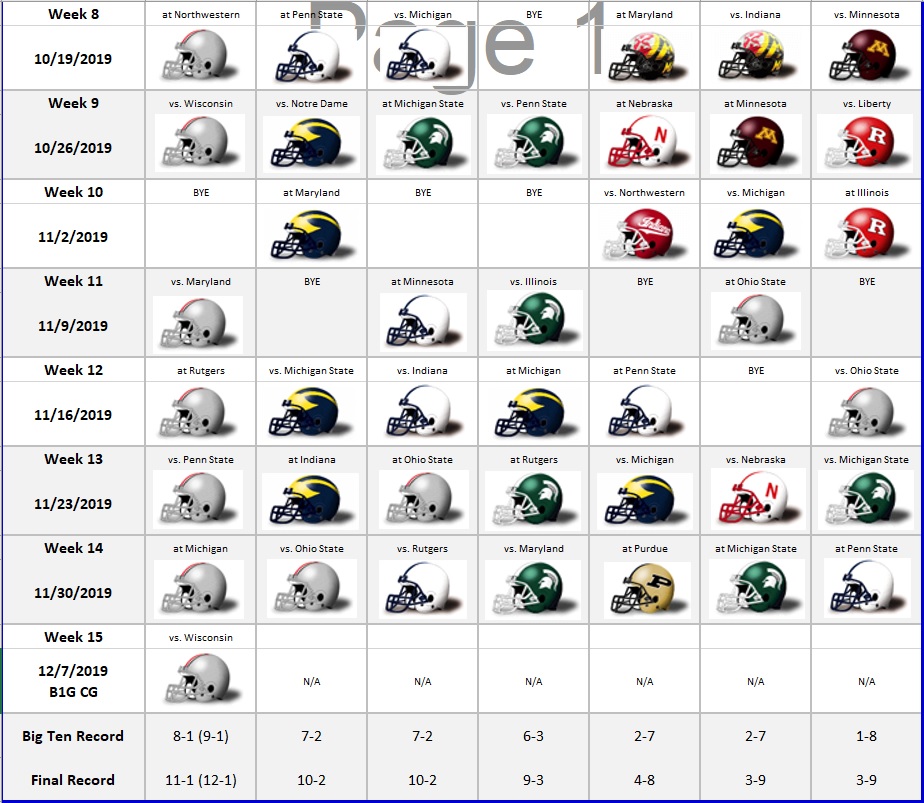 Call it whatever you’d like… Yes, I’m a proud alumnus of The Ohio State University. I bleed scarlet and gray, more the former than the latter, but I’m sure the gray is in there too. That said, Ohio State has either won their division outright or shared a piece of the division title in each of the last seven seasons. Until someone knocks them out of that position, I’m keeping them there.

As with last season, the Big Ten East is made up of four highly competitive teams and three space fillers. Sure, that’s harsh, but it’s also a fact. Rutgers, Maryland, and Indiana have combined for 24 wins in the past two seasons. Ohio State has 25. They might sneak in and pull off a big upset at some point (not this year). However, none is considered any threat to challenge for a division title.

The top tier of BTE teams, however, includes (arguably) four of the five best teams in the conference. It is the best division in college football. Suggesting that Rutgers, Maryland or Indiana could make the playoffs is akin to any movie scene where the music screeches to an immediate halt. Throwing Michigan State, Michigan, Penn State or Ohio State into that conversation, on the other hand, is perfectly reasonable. Two of them have been there, one easily could’ve been selected, and the other was potentially a play away (but, the spot was good <shrug>).

As much as I always want to put on the homer glasses and pick an undefeated Ohio State, I’m going to assign them a single blemish. Last year, we all saw the tough night game at Purdue as the likely schedule stopper, and this year I’m thinking it could be Nebraska. An improved Cornhusker team with a mobile QB could be a tough one for the Buckeyes. With a hungry Sparty in Columbus the following week, OSU may get stuck with a loss in Lincoln. From there, I have OSU winning out and making the conference title game… again.

I see Penn State’s White Out claiming a victory against the Wolverines in October. This win ultimately pushes them above Michigan in the final standings. PSU has a lot of things to figure out, and could be the biggest flaw in these predictions. Still, I think they’ll be better than most people think in 2019.

The rest? Well, Indiana tops UConn in September. This, in a matchup that I’d only watch if it was 90s basketball (that’s not true, I’ll probably still watch).