The Buckeyes are getting two starters back from injury this week, one on each side of the ball. The return of starting RT Branden Bowen and starting DE Tyreke Smith are the biggest changes on this week’s Ohio State depth chart.

Bowen warmed up for the game at Nebraska, but didn’t play. Senior Josh Alabi filled in admirably and won Offensive Player Of The Week honors in Bowen’s place. Now Bowen is back atop the depth chart at right tackle and Alabi is again listed as the backup at left tackle.

Smith has missed the last two weeks against Miami and Nebraska after suffering an injury during the Indiana game. He is now back and full-go.

This is the first week all season that Smith, Jonathon Cooper, and Chase Young have all been fully healthy at defensive end. Cooper is listed as the starter at the end position opposite Young. Smith is listed as the backup to Cooper.

But it’s not all good news at that position. Tyler Friday is listed as a game-time decision and isn’t listed on the depth chart.

Senior WR C.J. Saunders is also listed as a game-time decision for this weekend. The captain has missed the entire season due to injury, but could be back at the H receiver position against Michigan State. Senior K.J. Hill is still listed as the starter there, with Saunders and Jaelen Gill listed as co-backups.

Much of the rest of the depth chart remains unchanged on both sides of the ball. At this point in the season, that constitutes good news.

You can click here to view a PDF copy of the depth chart here: OSU Depth Chart

The full depth chart for the Michigan State game is below. 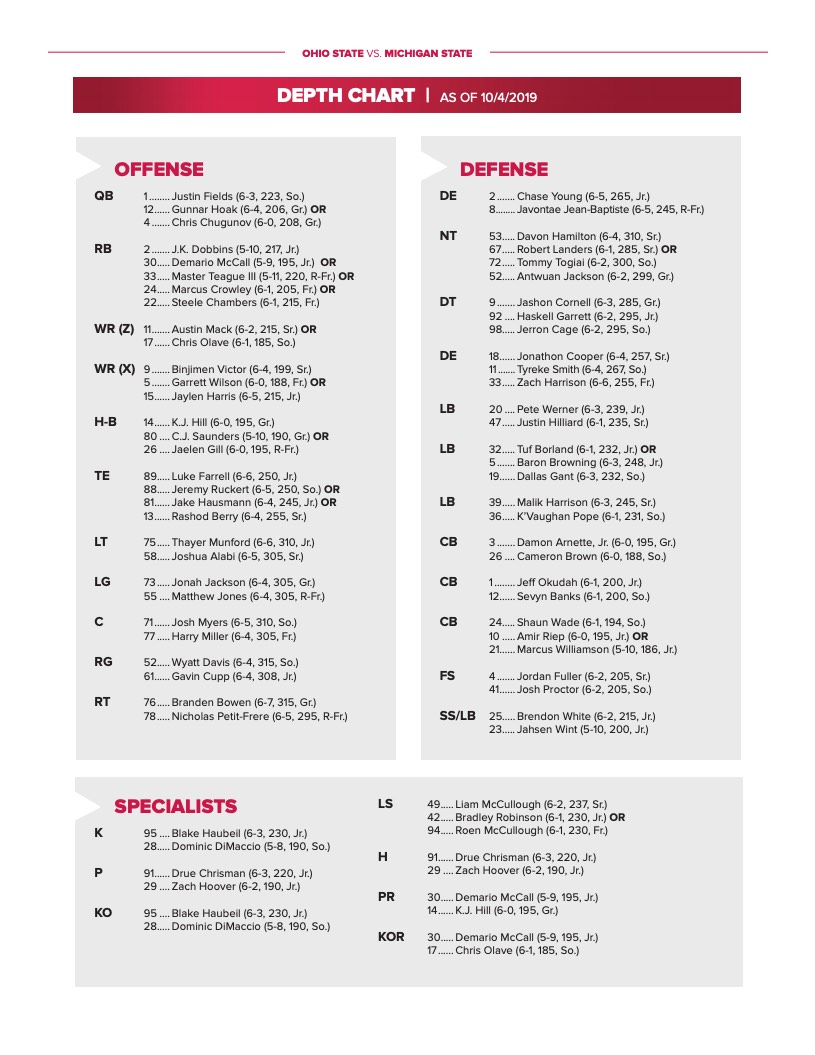