It feels like it’s been forever since the last game (stupid bye weeks), but here’s a quick recap of my statistical projections for the Buckeyes against Sparty. 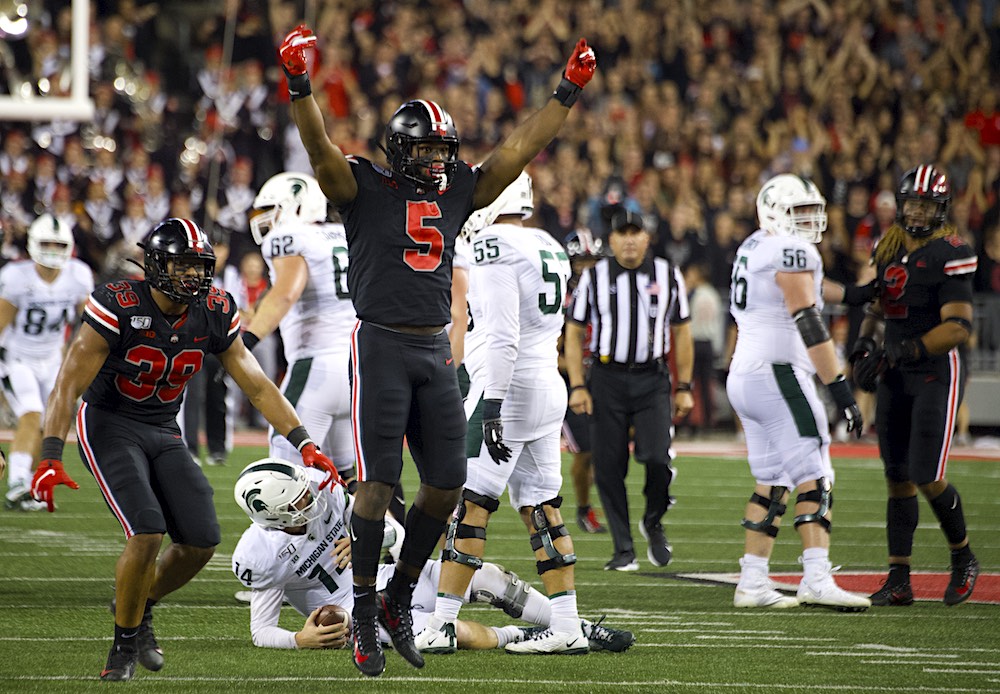 Back when I was younger and far less wise, I predicted that Justin Fields would throw the ball over 30 times in a single contest. It seemed like an astute projection, based on observation of the perceived weakness of the opponent’s defense. As it turns out, the Buckeyes could not have cared less how good Michigan State’s run defense was and proceeded to have their way with the Spartans.

I won’t make that mistake again. Justin Fields will throw the ball 25 times, because that’s how many times Ryan Day wants him to throw week in and week out. He’ll complete over 75% of his passes, toss the pigskin for over 250 yards, and get at least 2 passing TDs. And, as usual, he’ll throw in a rushing touchdown for good measure, because it makes him happy and who are we to get in the way of a man’s happiness. We’ll also get a brief cameo from Chris Chugunov in this one.

So we’ve established that I’m not going to let myself think that Fields will just come out slinging the ball all over the field 35+ times. Let’s also now address the fact that I’ve been underselling J.K. Dobbins’ productivity. Consider that done too.

J.K. is going to put up another monster game and quite frankly there’s nothing the Wildcats can or will do about it. Dobbins will carry the ball 24 times for over 180 yards and a score and tack on a reception to his yardage total. Similarly, I basically slapped Master Teague III in the face with my projected rushing total for him against MSU, so I’ll make it up by offering a 99-yard performance on Friday night. And, for good measure, I’ll throw in a rushing TD.

K.J. Hill will catch the most Buckeye passes. Water is wet. Check.

Chris Olave will be the one to steal the show this time, hauling in just shy of 100 yards, including a long TD catch early in the game. Binjimen Victor will get on the scoreboard once again, keeping his strong 2019 campaign going.

From there, it plays out just about like each week:

Blake Haubeil hits on each of his 5 PATs and puts in 2 field goals. Drue Chrisman punts 4 times, each one a beautiful, spiraling work of art.

The Buckeyes scored more offensive touchdowns (10) against Miami (OH) than Northwestern’s offense has managed in five games this season (8). The NU defense has been somewhat formidable this year, not allowing anyone to score more than 31 points on them. They will hold the OSU offense to a couple of field goals and a handful of stopped drives, but overall the Buckeyes will continue their dismantling of opposing defenses. The Wildcat offense, on the other hand, has been atrocious. The top two QBs are completing less than 50% of their passes. Their top two RBs have combined for just slightly more yards than Master Teague III.