Ohio State will be missing both of its starting defensive ends for this week’s game against Maryland.

Senior Jonathon Cooper is out due to injury, and junior Chase Young will miss the game as Ohio State investigates possible NCAA rules violations.

With them out, four young players will get a chance to play. Sophomores Tyreke Smith and Tyler Friday, redshirt freshman Javontae Jean-Baptiste and true freshman Zach Harrison are all listed as co-starters at defensive end for the Maryland game.

Defensive line coach Larry Johnson has stockpiled a lot of talent. Now those young players will have to step up into bigger roles.

The rest of the availability report is relatively drama-free.

If Mack can’t go against Maryland, sophomore Chris Olave would get the start at the Z receiver position, and likely play a bigger role in the game.

Mitchell is listed as a co-backup at the WILL linebacker position behind Malik Harrison.

One piece of good news is that senior backup OL Josh Alabi is back this week after missing several games due to injury.

Alabi is not listed as the backup LT on the depth chart, but an OSU spokesman said that was an oversight. Alabi is good to go this weekend.

He has started two games this season, and also started the Rose Bowl against Washington when Thayer Munford missed the game due to injury. Alabi provides a lot of stability at a position where both the LT and RT starters have had injury issues this season. 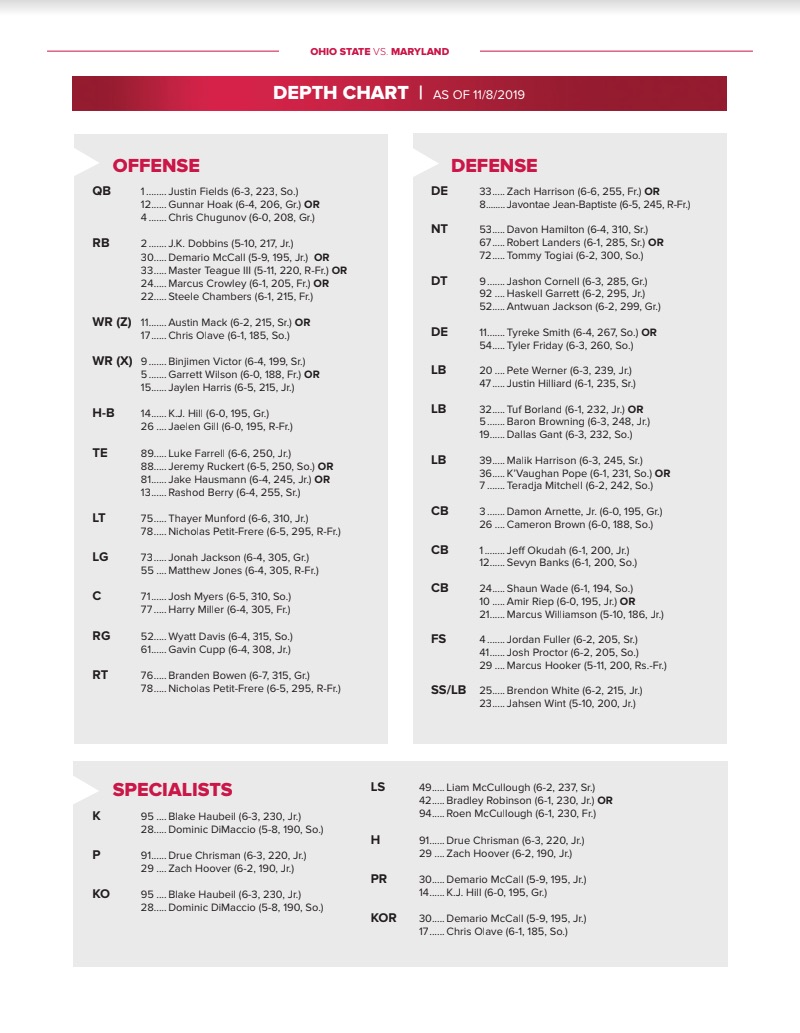