I’m gonna keep this part short and sweet. It’s Rivalry Week and Penn State is not a rival, so giving them any time or thought seems silly.

Like normal, I had a couple of predictions that were close, but had several others that fell flat. 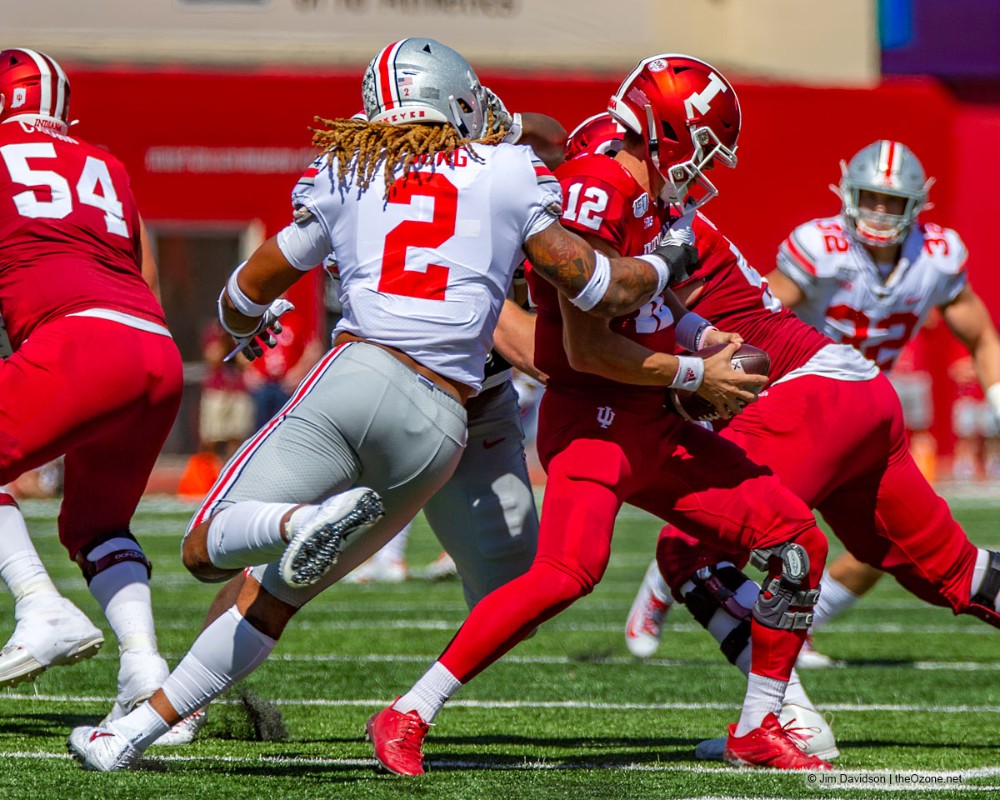 Let’s do this! For “The Game,” it’s pretty widely known that:

Just last year, for instance, Michigan was the betting favorite and came into the contest with the best statistical defense in the nation. That is, until Urban Meyer looked like Red Beaulieu with a stolen playbook. Jim Harbaugh and Don Brown (collective Coach Kleins in this Waterboy comparison) had no answer for a Buckeye team that put up 62 points and won by 23.

So, how does one compete with a rivalry that often throws remarkable curveballs at its viewing audience? With boring averages and random guesswork, that’s how!

Justin Fields is averaging 16 completions per game this year on 23 attempts, so that’s exactly what you’re getting in this one. Boring average? Check.

Random guesswork? Yea, got that covered too. I think he’ll throw for more than his game average, largely because of a huge catch and run TD from Chris Olave. Fields will complete another touchdown in the game, and will also rush for one. Like Penn State, we’ll see him used much more in the run game than we’ve been used lately. He carries 14 times for 61 yards.

We’ve reached that part of the year, and especially in this game, where the coaching staff unleashes the dogs. It’s scary to think that Dobbins has been somewhat tethered until now, but it’s the truth. Until last week against the Nittany Lions when he toted the rock 36 times, he had not had a single game in which he had 25 carries.

This season, in games in which he carries the ball 20 or more times he also averages 6.5 yards per carry. Though I have that ypc average dropping a tad in this battle, I think J.K. gets the ball 28 times on the ground and bruises this good Michigan defense to the tune of 148 yards rushing and a score.

Master Teague III will spell him a few times in the matchup, mostly in the 4th quarter. He won’t get into the endzone, but will bulldoze his way through a couple of linebackers as he seeks out contact with Wolverine defenders and stays in bounds to run the clock.

I’m just going to rip the Band-aid off and dive right into this section, since it will inevitably be wrong.

Blake Haubeil scores 8 points in this contest on 5 extra points and a field goal. For all of my friends keeping me accountable for any terrible projections or stat mistakes, this includes a rushing score by Fields, 2 passing TDs, 1 rushing TD by Dobbins, AND a defensive score. I don’t want to give too much away and say specifically who causes it, but it rhymes with “ace sprung.”

Drue Chrisman boots 4 punts in this one, pinning UM deep twice and averaging just over 40 yards per kick.

Ryan Day and OSU bounce back from a somewhat sloppy win over Penn State (bounce back from a win… I know, I know <eye roll emoji>), take care of the football, and beat Michigan for an 8th consecutive time. The Game is close for much of the first half, with Ohio State taking a small lead into the break. A quick start in the 3rd quarter puts the Buckeyes up by 14 and they cruise to another victory over their rival. The main factor slowing down the Buckeyes is the weather in Ann Arbor, but they still win by 18.