Remember when that first-time head coach went into the stadium of his school’s bitter rival (and preseason conference favorite) and beat them by 29? Gosh, I do. It was nice.

It was so nice, in fact, that I could go on for several paragraphs just reminding you of what we saw in the “rivalry” game.

Despite the interwebs telling us that Michigan’s offense had exposed the Buckeye defense, the star QB came out in the second half and completed 4 of his 24 pass attempts for 55 yards. In that half, he also threw a pass to Amir Riep. (IMPORTANT NOTE: He plays on our team.) This means that Shea Patterson, over a 30-minute span of actual game time, threw just 3 more passes to players on scholarship for Michigan than he did to those playing for OSU. Thanks, Shea!

Going into this game, despite being one of the best running backs that has ever laced up his cleats at Ohio State (we’ll revisit his cleats in a moment), J.K. Dobbins had never rushed for more than 203 yards or 3 touchdowns in a college game. I’ll let you guess what he did against Don Brown’s 2019 defense. Ok, I can’t take it any more, I’ll tell you… he rushed for 211 yards and 4 TDs.

Oh, and at one point, the Wolverine players were so grumpy about Dobbins making them look silly on television that they literally untied and removed his shoe. Amazingly enough, after this act of bravery by the two defenders (Yes, two. That’s how many Wolverines it takes to untie a shoe, in case you were wondering), Dobbins was able to slide his foot back into the shoe and up into Michigan orifices for an addition 130 yards and 3 TDs. 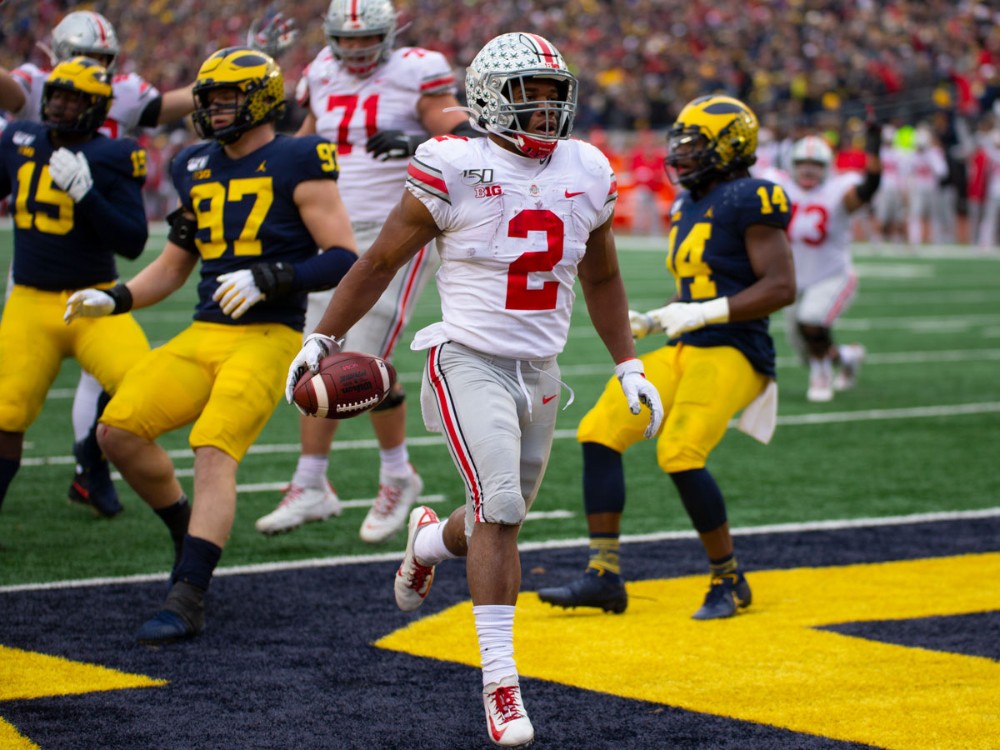 Justin Fields is just 677 yards away from 2nd place in single-season passing yardage at OSU. While he won’t get there in this game, there’s reason to think he’ll hit that mark before season’s end. Think about that for a moment… in the 20 years since Joe Germaine threw for 3,330 yards, the Buckeyes didn’t even get close to that mark. When Ryan Day takes partial control of the offense in 2017, OSU (J.T. Barrett IV) breaks 3,000 passing yards. 2018 came with a “new” QB (Dwayne Haskins) and he crushed the school record, throwing for nearly 5,000 yards. Enter 2019 and yet another change in the quarterback position, and Ryan Day has Justin Fields on the verge of breaking 3,000 yards yet again.

Ok, back to the Wisconsin game…

Fields had his least impressive performance in the passing game against the Badgers the first time around. The bad weather and some inaccurate passes led to his worst totals in completions, completion percentage, sacks allowed, yards, and TDs. Playing inside of the dome, and with the previous sentence in mind, I think that Day makes a point to secure the passing game early in this contest. Since a win guarantees a playoff spot, I don’t think that OSU gets risky in the passing game. Still, they’ll take advantage of quick routes and team speed early on in this matchup.

Fields completes 18 of his 25 passes for just north of 250 yards and 3 touchdowns. He scrambles a few times and get his number called in the run game a few others. However, Day will attempt to limit his rushes back to a reasonable number to avoid injury.

Much like the honey badger (I just realized this joke is almost 9 years old, and I’m still running with it), J.K. Dobbins simply “don’t care” who he’s playing against or what he’s supposed to do. The Buckeyes need a win in order to advance toward their ultimate goal and the legs of J.K. Dobbins are what will get them there.

He’ll get the ball roughly 30 times on the ground in this game and will average over 6 yards per carry. He’s an unstoppable machine, with or without his left shoe, and he’ll do exactly what he’s done all year. He will eat up yards and score TDs. 183 yards and 2 touchdowns, to be exact. In addition, Dobbins will catch another 2 passes out of the backfield and earn 17 yards through the air.

As usual, Master Teague III will get into the game and tote the rock about 10 times, earning himself 51 yards.

I’m just going to rip the Band-aid off and dive right into this section, since it will inevitably be wrong. 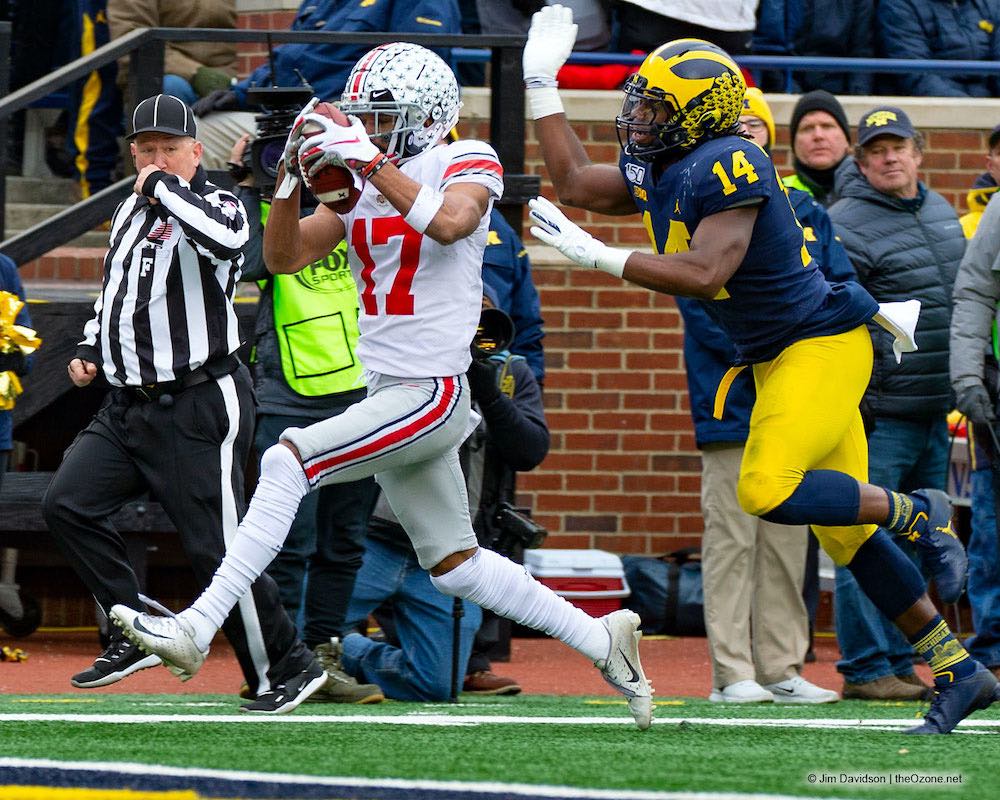 Blake Haubeil puts up 11 points in the championship game, knocking home 5 extra points and a pair of triples.

Drue Chrisman punts 4 times against Wisconsin. He crushes the ball, with no weather impacting it, to just under 45 yards per kick.

Ryan Day (read: Big Ten Coach of the Year) moves to 16-0 as a head coach and earns his first Big Ten Championship as the leader of the Buckeyes. The Buckeyes cruise to another victory and hold on to the top spot in the playoff polls as the top four are announced.