The Ohio State Buckeyes (13-7, 3-6) host the Indiana Hoosiers (15-6, 5-5) Saturday for a 12:00 pm tip on ESPN. This is a rematch of IU’s 66-54 win over the Buckeyes three weeks ago. Ohio State comes into this game following their 71-59 win at Northwestern on Sunday. Indiana has played three ranked opponents in a row, losing the last two, including a 64-49 defeat at Penn State on Wednesday.

Who: Indiana at Ohio State

Why: Because winning streaks shouldn’t be taken for granted. 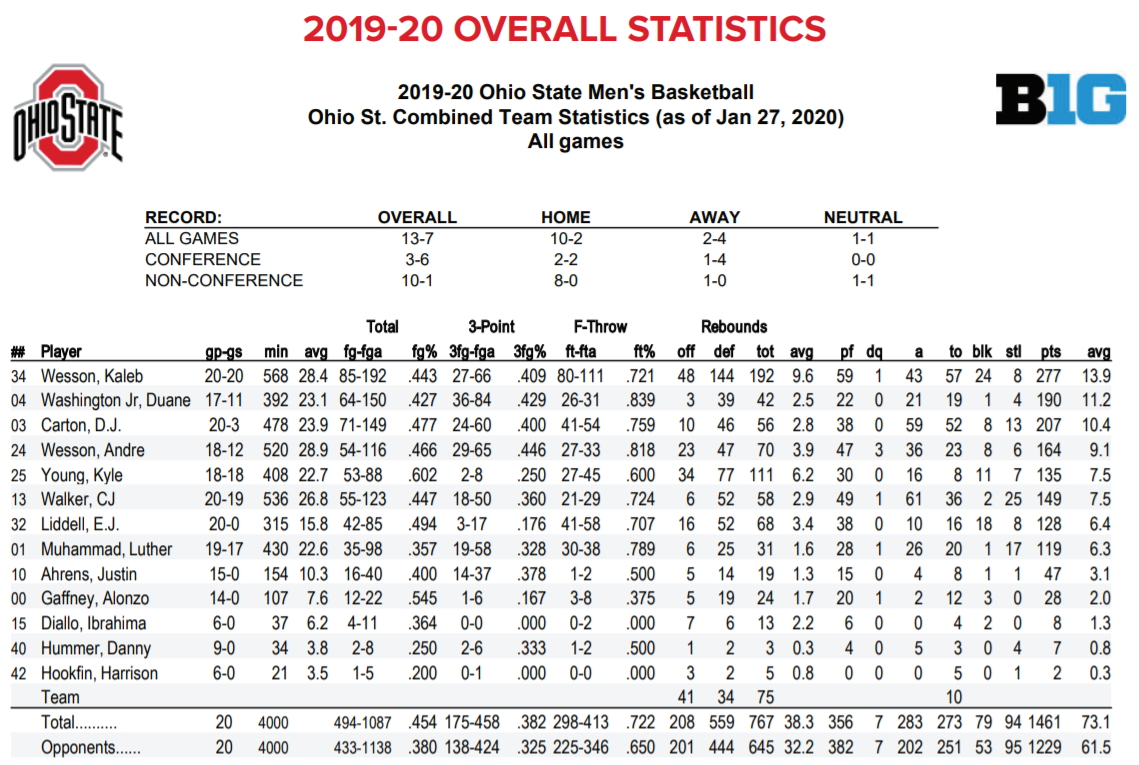 + Freshman guard DJ Carton won’t play on Saturday as he has taken a leave of absence from the team to deal with his mental health. Carton released a statement on Thursday stating, “I have been suffering with mental health issues for a couple years. I have been through a lot. I’m disappointed to say I’m not 100% right now. I am not doing my teammates justice if I don’t work on this now. I am doing everything in my power to strengthen my mental health. I will fight for my team and buckeye nation and I will come back stronger!”

+ Indiana leads the all-time series with Ohio State 106-81. Th e Buckeyes are 53-36 in Columbus and 27-64 in Bloomington. The teams have met seven times on a neutral court with Ohio State owning a 5-2 record in those games. The Buckeyes have won four of the last five games in the series, including the last two in Columbus. Andre Wesson has faced the Hoosiers six times, most on the Ohio State roster. He averages 8.2 points and just under three rebounds in the series. Kaleb Wesson averages 12.8 points and 7.4 rebounds in five career meetings. 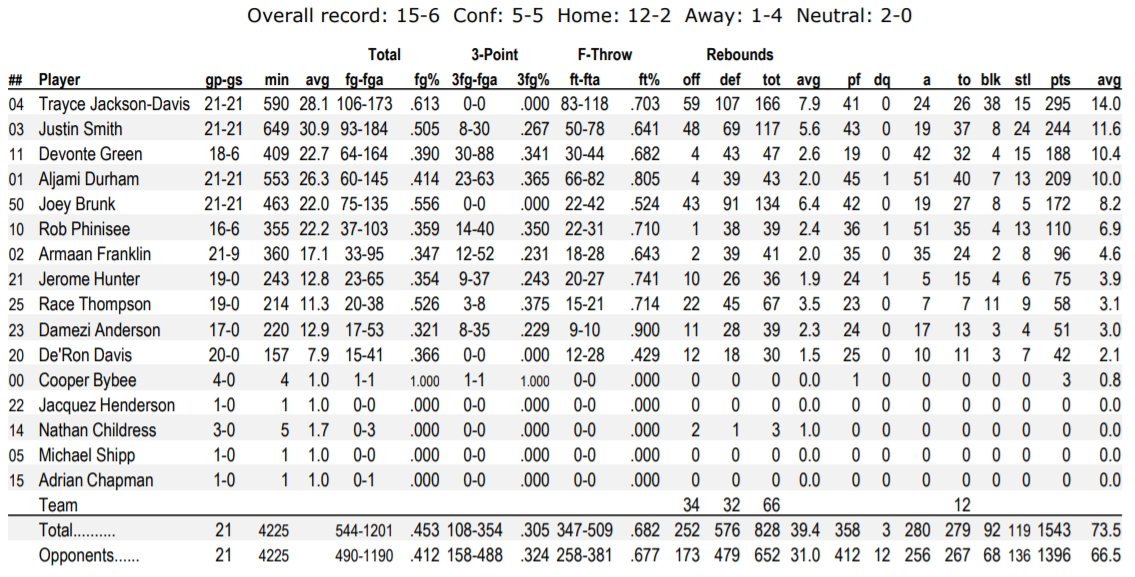 + Among players in the Big Ten who have come off the bench 10 or more times this season, senior Devonte Green leads the conference averaging 11.1 points in those games. Green had 19 points against OSU in the first meeting this season, a career-high 31 points in last years Big Ten Tournament against the Buckeyes and in 20 in his last visit to Columbus two seasons ago.

+ In his last 3 games, Jerome Hunter, who tied his career-high with 12 points against Maryland, is averaging 6.7 points and has hit 5 triples in that same time frame. He is from nearby Pickerington North High School but missed the PSU game after becoming ill following pregame warmups.

+ Junior Justin Smith is averaging 11.6 points and leads the Hoosiers with 24 steals. He had 13 points and 7 boards at Penn State.