Who: Maryland at Ohio State 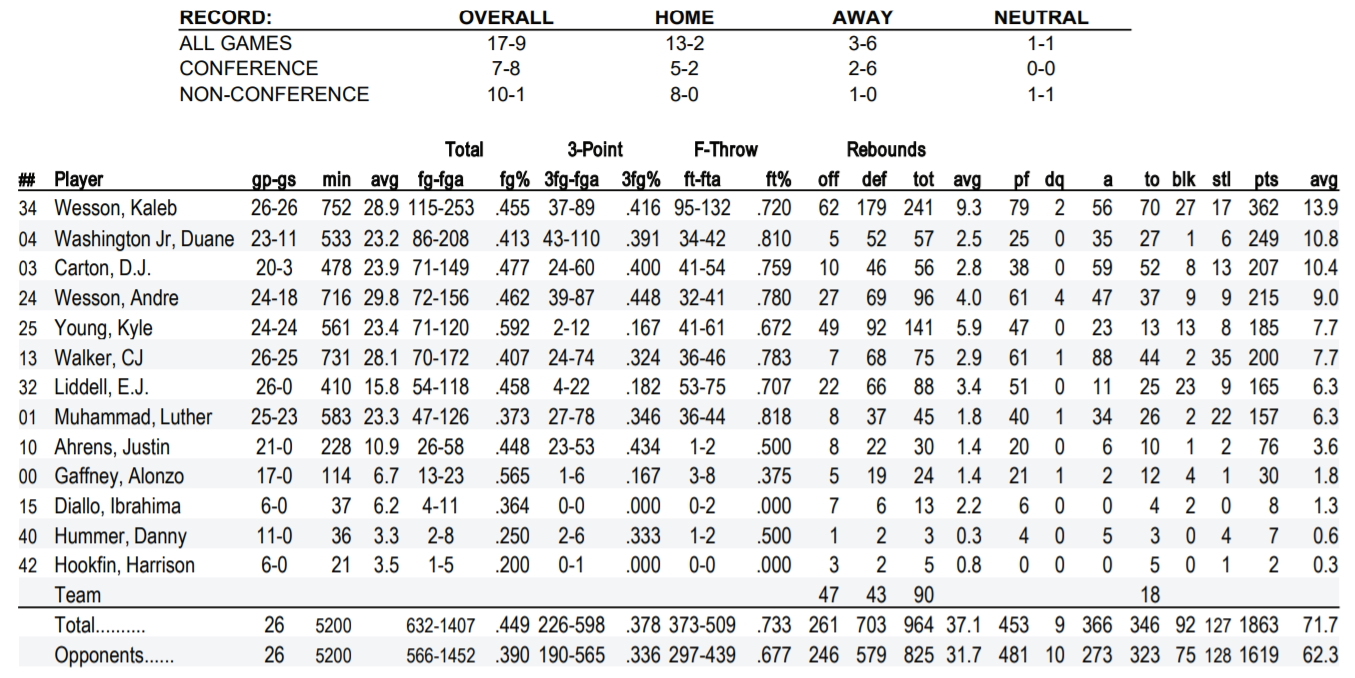 + Maryland leads the all-time series with Ohio State 9-6. The Buckeyes are 4-3 in Columbus and 1-6 in College Park. The teams have met once on a neutral court with Ohio State earning the win. Ohio State is 1-1 vs. Maryland when ranked among the Associated Press Top 25. Ranked Maryland teams are 7-3 vs. the Buckeyes with wins in each of the last seven games when ranked. This will be the first meeting in which both teams carry an AP Top 25 ranking into the game. Senior Andre Wesson has faced the Terrapins six times, most on the Ohio State roster. He averages 6.2 points and just over two rebounds in the series. Junior Kaleb Wesson adds 10.3 points and 6.8 rebounds in four games vs. the Terrapins. Duane Washington Jr. averages 10.0 points and 5.0 rebounds in three career meetings vs. Maryland. 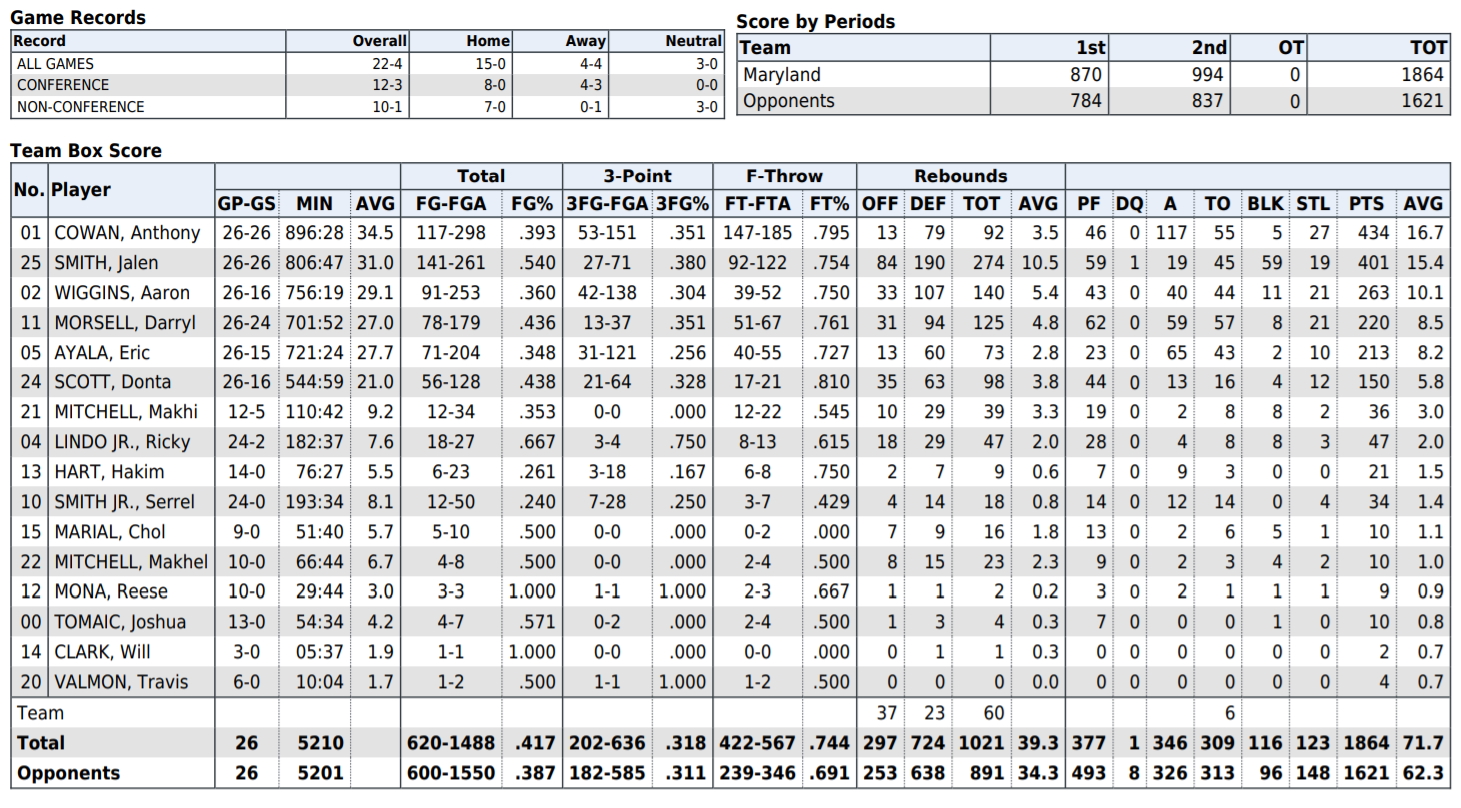 + All-American candidate Jalen Smith has recorded nine straight double-doubles (all wins), which is the longest active streak in the nation and the longest streak for a player in nine straight wins since Xavier’s David West in 2003. He is averaging 18.9 points (57% FG), 12.7 rebounds and 2.6 blocks during that span. Smith’s 17 double-doubles on the season ranks fourth nationally.

+ Senior Anthony Cowan Jr. was named Big Ten Player of the Week for the third time this season after scoring the team’s final 11 points of a 14-0 run to defeat Michigan State (2/11). Cowan is the first Terp to earn conference POW honors three times in a season since Greivis Vasquez (2009-10). Cowan Jr. has made a habit of making clutch plays this season, making 10-of-16 three-point attempts in the final three minutes of games this season. He most notably made 3 three-pointers to close out Michigan State on Feb. 15.

+ The Terps have won nine consecutive games, all in Big Ten conference play, marking their longest streak since joining the league. It also marks the Terps’ longest conference streak since winning 12 straight ACC games in 2001-02, when they won the NCAA Championship

+ Maryland is 6-4 when trailing at halftime this season, including a 4-3 mark in conference play. The Terps have won five games in which it has trailed by double-digits this season. Maryland is 4-3 when trailing with 5:00 left to play, including game-closing runs of 14-0 against Michigan State (2/11) and 7-0 against Indiana (1/26) for come from behind victories. Maryland has come back from 14-point deficits against both Illinois and Northwestern in the second half to win this year. The Terps are the first power-5 team to achieve the feat in conference action since UCLA in the 2004-05 season