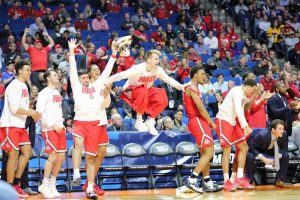 COLUMBUS, Ohio – Big Ten Conference regular-season play will start in early December for the third-consecutive season in 2019-20 for the Ohio State men’s basketball team. This year, the Buckeyes open at home against Penn State Dec. 7 followed by a trip to Minneapolis Dec. 15 to face the Golden Gophers. Ohio State opened the Big Ten season...

great, but brutal schedule! and that doesn't even take into account being in probably basketball's toughest conf, top to bottom. love the scheduling mindset, as nobody really benefits (or gets better) by playing double-hyphenated teams.
congrats to coach and ad!