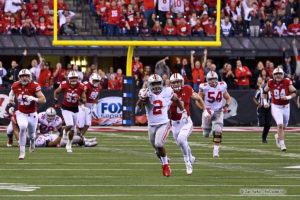 The No. 1 player on this list set an Ohio State freshman rushing record in 2017, then a year later became the first Buckeye to rush for 1,000 yards in his first two seasons, and is now focused on producing his best season ever. As a high school recruit, JK Dobbins was the No. 2 all-purpose back in the nation and signed with Ohio State over offers from Alabama, Texas...

Hopefully Dobbins can regain some of his agility, cutting, and speed...getting down to 205 would probably help a lot.

The number 1 offensive weapon is a guy that could be matched or surpassed by several of his "backups"? I don't get it.