How is Ohio State Handling the Transfer Portal During the Season? 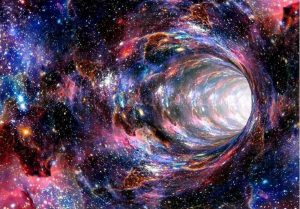 For better or worse, college football now exists in the Age of the Transfer Portal. Ohio State has experienced both the better and the worse over the last 10 months, gaining a starting quarterback in Justin Fields and losing quarterbacks Tate Martell and Matthew Baldwin. The Buckeyes were also able...

Another oddity, before georgia got beat, the 3 transfer qb's came from the top 3 programs. Small world it seems.

How long will it be before we hear claims of tampering from teams saying that another school is illegally contacting its players. Probably going to become an issue down the line.

It's all about kids getting to play. If it turns out fro whatever reason they don't fit with a program, get them somewhere where they are appreciated. Nothing makes me happier than seeing Joe Burrow doing so well. The guy had talent, but was never going to see the field here. I guess the bad things for the coaches will be they could end up laying against guy they essentially cut... more chances to question their judgement calls. But there is absolutely no way you can legitimately argue Burrow didn't deserve to play somewhere that suited him as opposed to sitting on the bench at Ohio State. For the program it's just selfish to try and keep them. For the kid, it's his future. Time to start doing it for the students. End the year they have to sit out as well. If the kid has to sit out, the University shouldn't be able to fill his scholarship. There needs to be downside both ways, not just one side with a penalty.

FWIW, the California test case on player payment rules will bring into question whether the NCAA can make any rules at all.