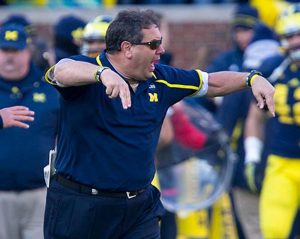 June 27, 2011 | In the week's following Jim Tressel's departure from Ohio State, recruiting took a spill and things overall were in a bit of a tailspin due to a number of factors. Brady Hoke replaced Rich Rodriguez as Michigan's head coach a handful of months earlier, which gave the Wolverine football program a necessary boost.