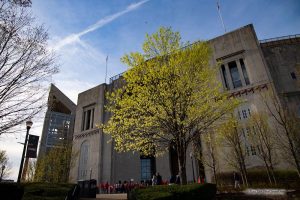 There is a certain danger in trying to predict scores the first week of the season. All we know at this point is what we think we know, and most of us think we know a whole helluva lot more than we actually do. This week, the fifth-ranked Ohio State Buckeyes take on the unranked Florida Atlantic Owls, and the person who gets their prediction the closest...

1) It's the first game of the season - there WILL be kinks to work out.
2) The staff is planning on rolling through a lot of players and it sounds as if that will be when the game matters, not mop-up time.
3) I don't expect J.K. Dobbins to play more than 1 1/2 quarters with a LOT of time to figure out who the backup RB will be, especially given FAU's weak DL.
4) All the above is going to leave fans and O-Zone staff scratching their heads a little about the offense. Don't worry. It will be just fine by Game 2 vs. Luke Fickell's Bearcats.
5) The defense is going to surprise in a pleasant way with a pick-six.
Buckeyes 45
Owls 14

Spot on, Mr. Zimmerman. I recently re-watched the Oregon State game from a year ago, and I came to realize that the reason most of the Defensive coaching staff is gone is that the defense was terrible in week 1 and still terrible in week 11. Holy smokes it was tough to watch.
I don't think OSU will run up a big point total because Day will treat this as "final preseason game" rather than season opener. We'll see Gunnar Hoak for sure, and OSU will win 37-18.
Over under on targeting ejections? I say 1 for each team!

If FAU puts more than 17 points on the board "against the defense" that's a point of real concern.

If the Buckeye offense can't score 50 points against what amounts to a 4th string Buckeye defense they should be ashamed of their performance. Don't want to hear "they" did some things we weren't expecting" after the game. If that defense gives up enough to cause more than 17 points there should be concern inside and outside the program. This game should be well out of hand by halftime.

Going to go with the overall avgs of staff:
Ohio State 50 Florida Atlantic 16