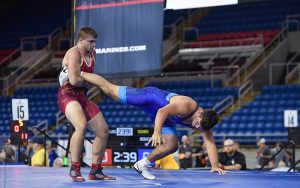 Over the last several days, many wrestlers from all over the state represented Team Ohio in the U.S. Marine Corps Junior and 16U Nationals held in Fargo. This tournament is the pinnacle of middle school and high school wrestling here in the United States. It is often touted as the largest Freestyle and Greco roman…