Forums
Forums
Other Sports
Cavs need to blow i...
Share:
Notifications
Clear all

Cavs need to blow it all up...

Kyrie wants out, so trade him. Get what you can for LeBron. Dump his buddies. You're not going to beat Golden State, but you can begin the process to become a championship team again once Golden State is done ruling.

LBJ is going to leave, so you may as well get started on a rebuild.  Even trading him as a one-year rental, Lebron would have some decent value, I would assume? 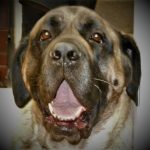 I thought Kyrie was joking with his Flat World statements, but now I'm beginning to believe that he really is insane.

I think it will depend on what/whom the Cavs can get for Irving if they decide to trade him.  If they can sign Derrick Rose and get 2-3 good players then they should go ahead with Lebron for one more year.  If they don't do well in trading Irving then I think that moving Lebron might not be a bad idea.  I think that it's a given the Knicks would trade Porzingas plus expiring contracts for him.  If they didn't their fan base would savage Dolan even worse than over the Phil Jackson fiasco.

As frustrating as it is that Kyrie asked to be traded or the rumors that Lebron could leave, let's be realistic here.  If the Cavs "blow things up", they will likely compete for a title again three decades from now if they are lucky.  Let's take a deep breath.  Kyrie has two years on his contract.  He isn't going anywhere  any time soon unless someone offers someone great.  And he has to play hard and be a good teammate in those two years if he wants a good follow up contract.  And thrn he will likely realize he can't get as much money elsewhere.   He may think the world is flat, but he isn't dumb.   And that two years is plenty of time for Lebron to talk some sense into him and the Cavs to fire a GM or do whatever necessary to try to make Kyrie happy and maybe win a championship.  The Cavs time to win is the next two years anyway, as Lebron is going to start aging.  If someone offers them a player as good as Kyrie, great, but it would be foolish to  blow up anything.  If they can't keep Lebron and Kyrie in Cleveland, they aren't keeping another superstar they bring in.