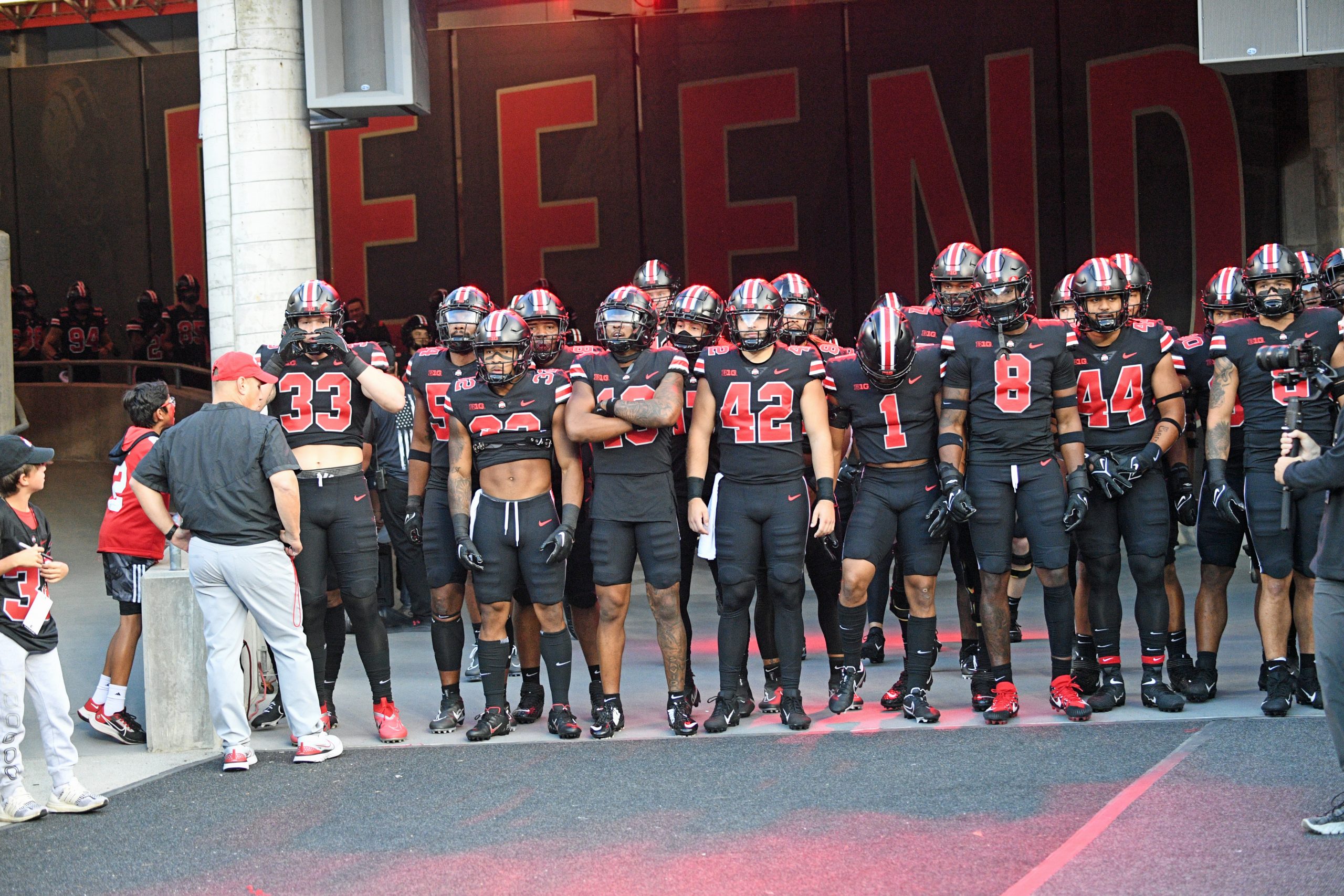 It was a black out uniform night for the Buckeyes that turned into a very dark day for the Wisconsin Badgers.  OSU thumped the visitors 52-21 in a game that wasn’t really as close as the score. 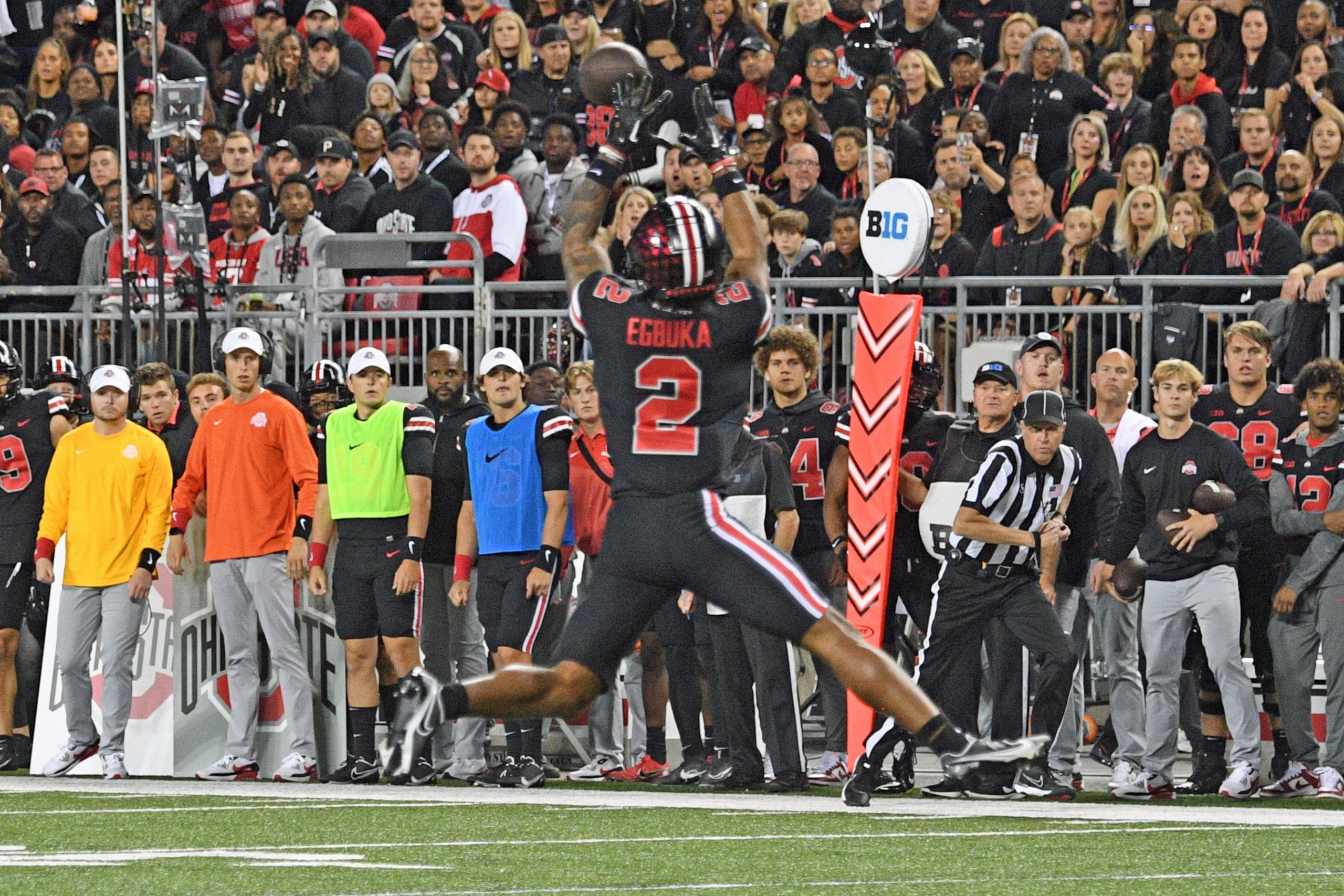 Emeka Egbuka continues to shine as the replacement for injured Jaxon Smith-Njigba. Egbuka had a game-high six catches for a game-high 118 yards and two touchdowns. 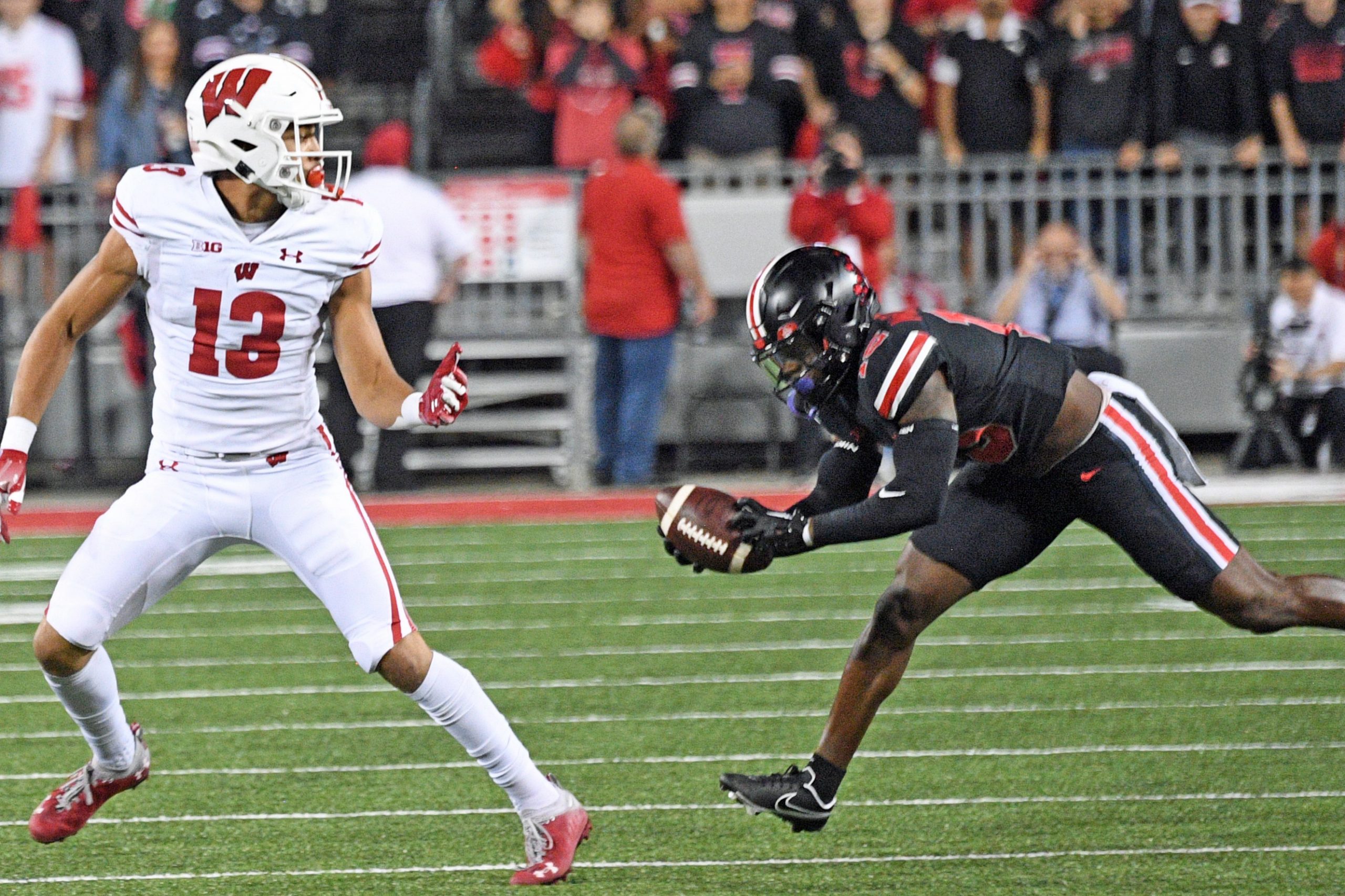 Tanner McCalister picked off his first interception as a Buckeye. He returned the ball to the Wisconsin 25-yard line to set up Ohio State’s second touchdown in the first quarter. 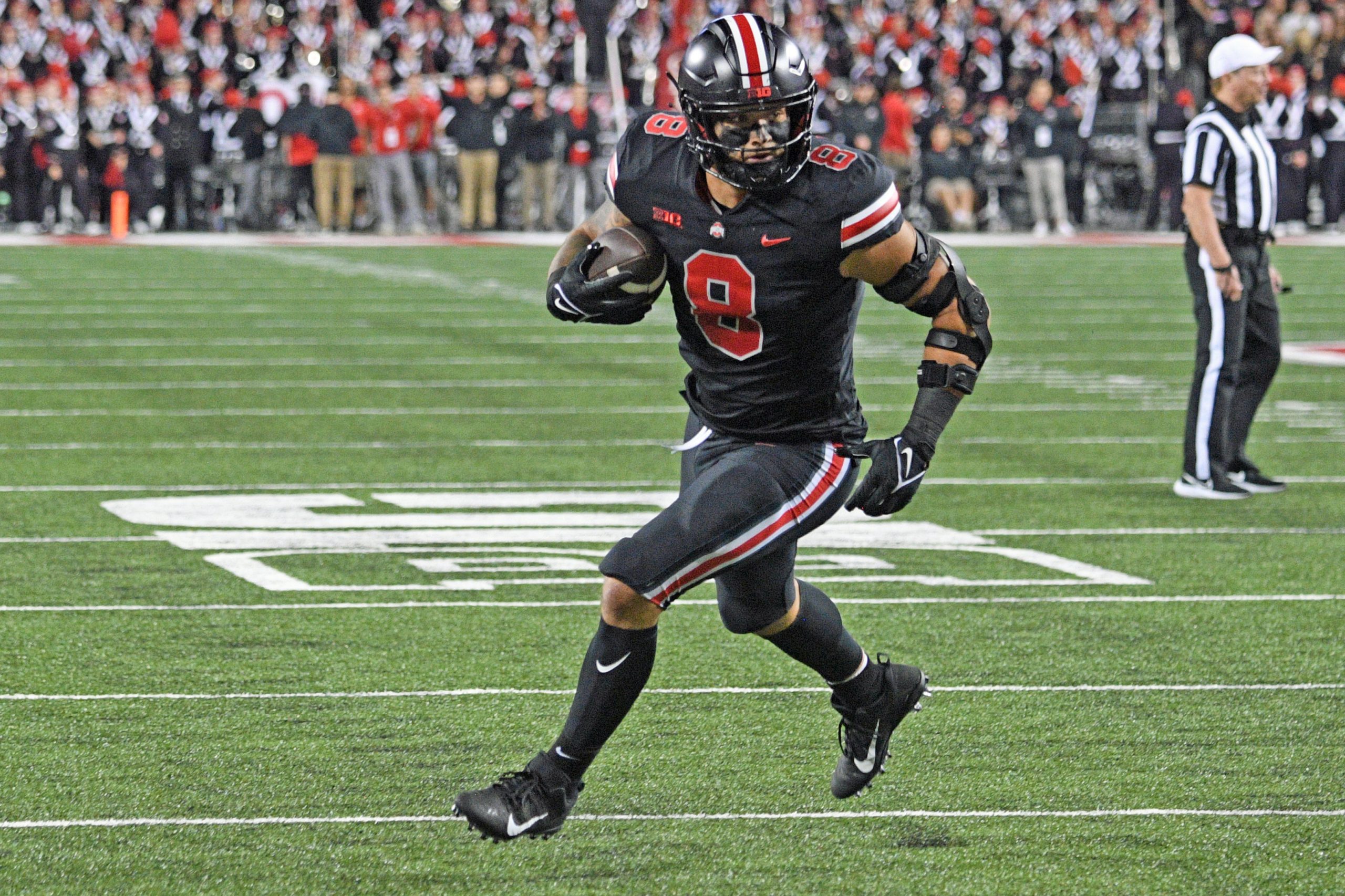 Tight end Cade Stover had another big night as a receiver. Stover had four catches for 51 yards and two touchdowns. 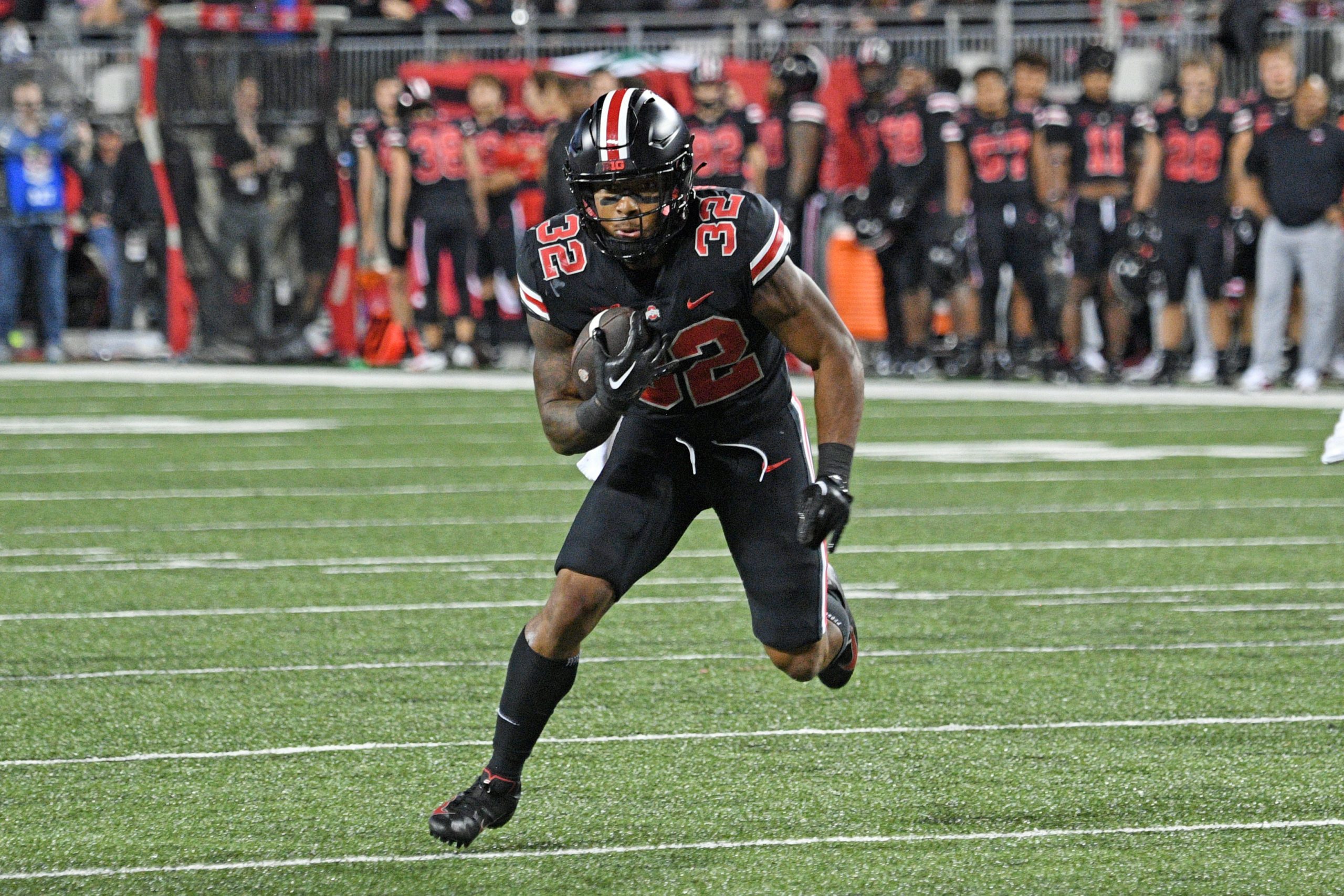 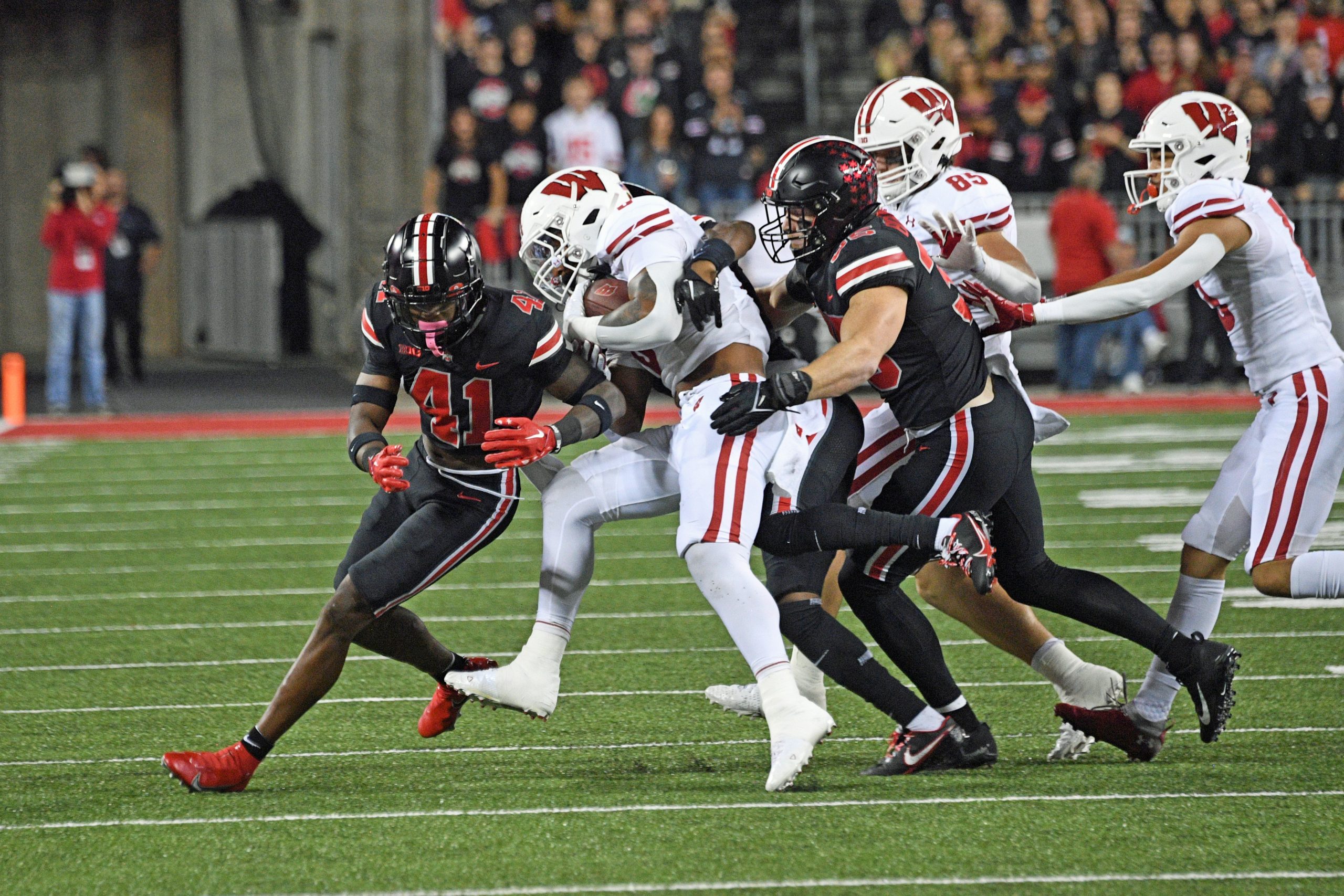 It was a good night for the OSU defense. The Buckeyes bottled up Wisconsin’s vaunted running game for most the evening. A 72-yard touchdown run late in the game by Wisconsin  running back Braelon Allen against OSU’s second team skewed the stats some, but for the vast majority of the game the Buckeyes held the Badgers in check.  Wisconsin rushed for 192 yards and passed for 104. 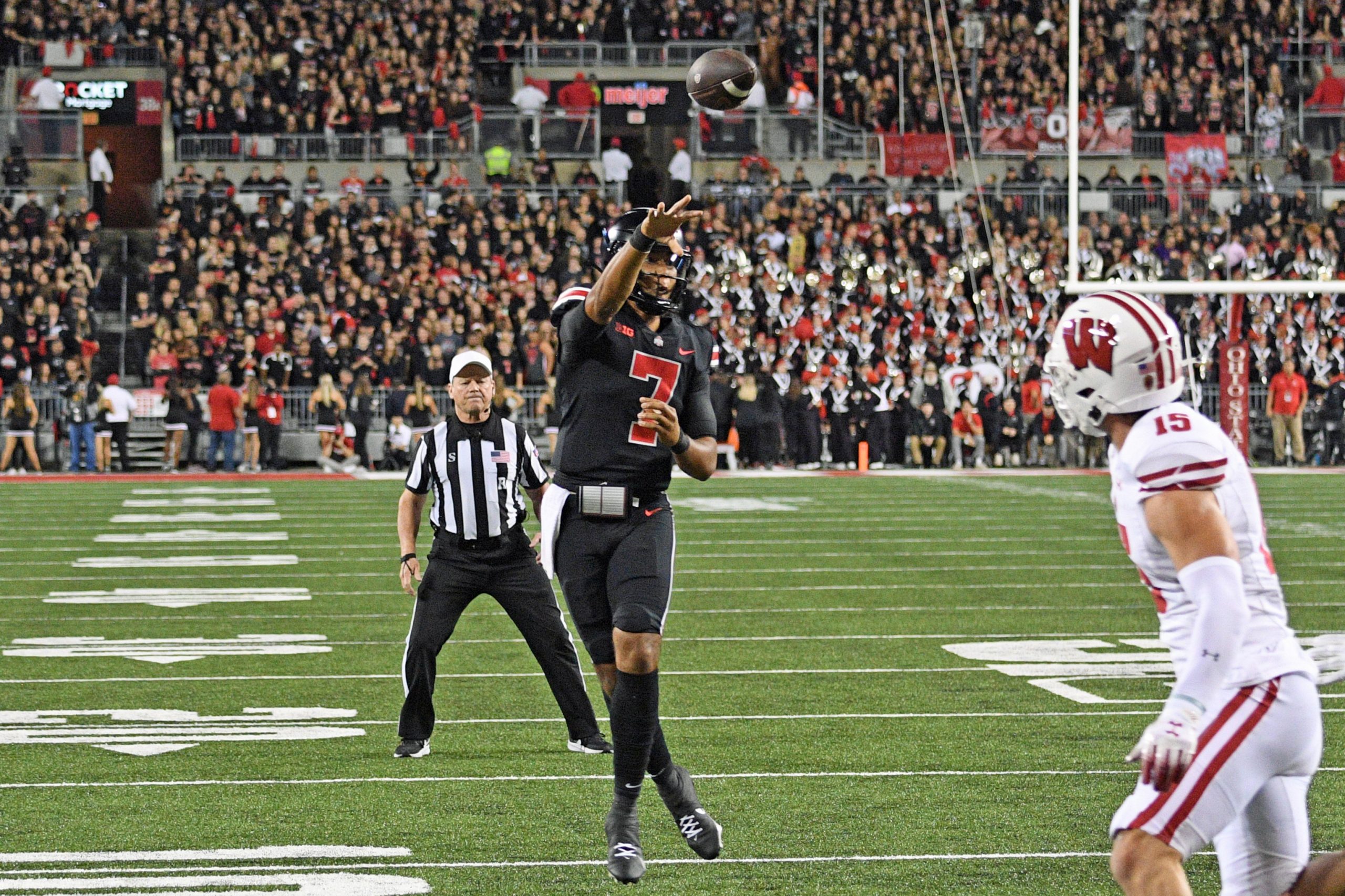 It was another big game for OSU quarterback C.J. Stroud. Stroud passed for 281 yards and five touchdowns while completing 17 of 27 attempts.  He did throw his first interception of the season. 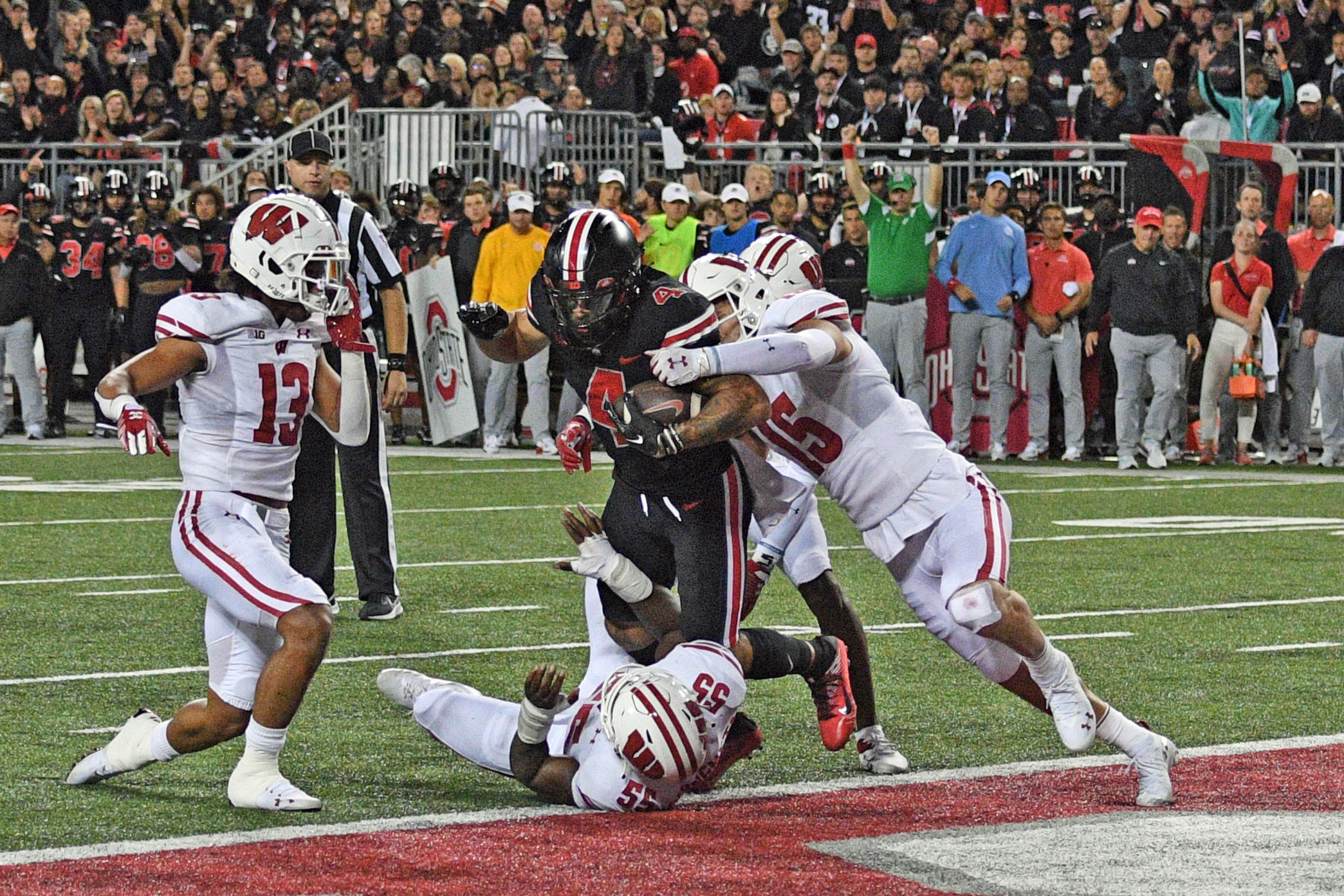 Julian Fleming fights his way into the endzone for a score. Fleming had four catches for 61 yards and a TD. 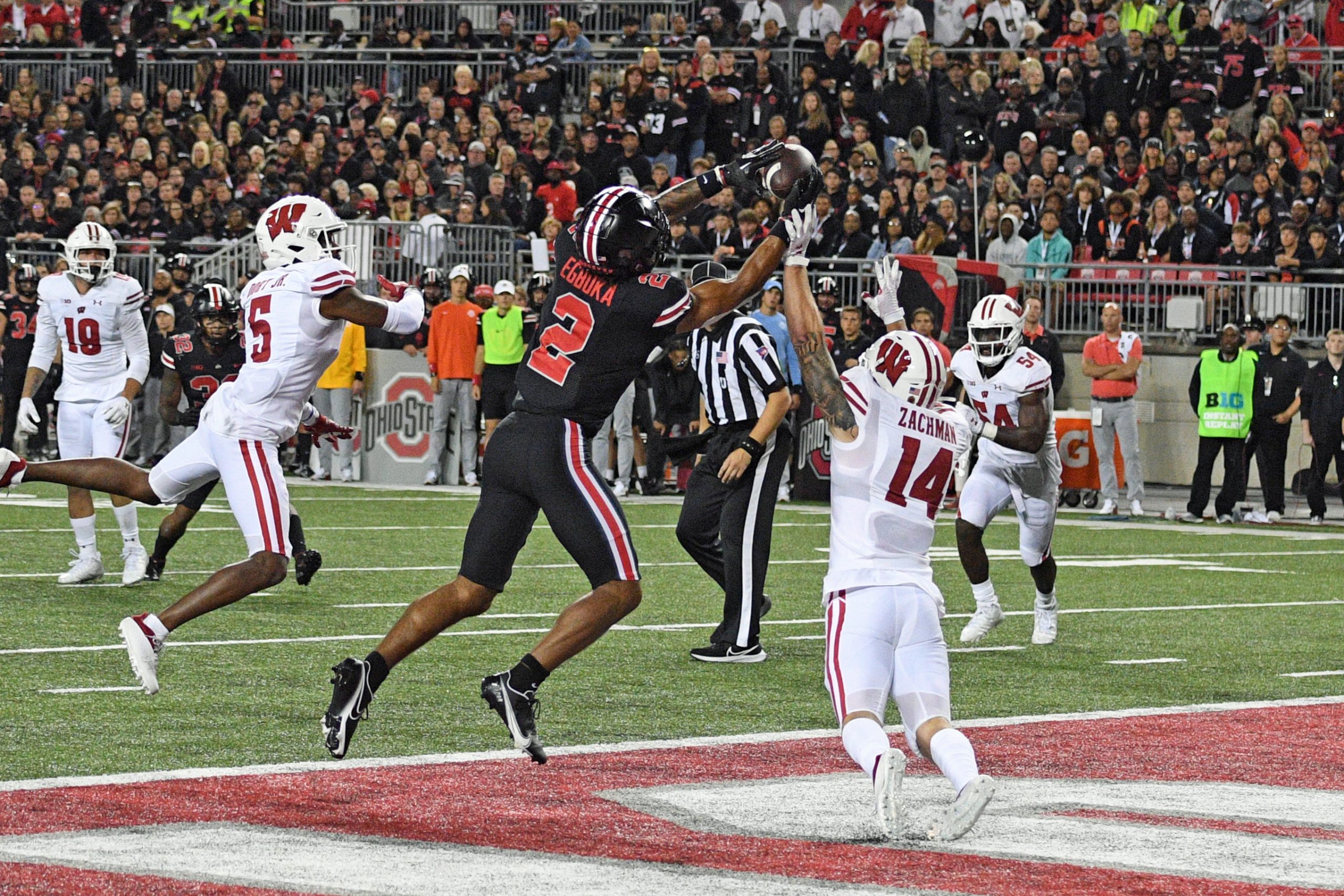 Emeka Egbuka goes high for his second touchdown catch of the game. 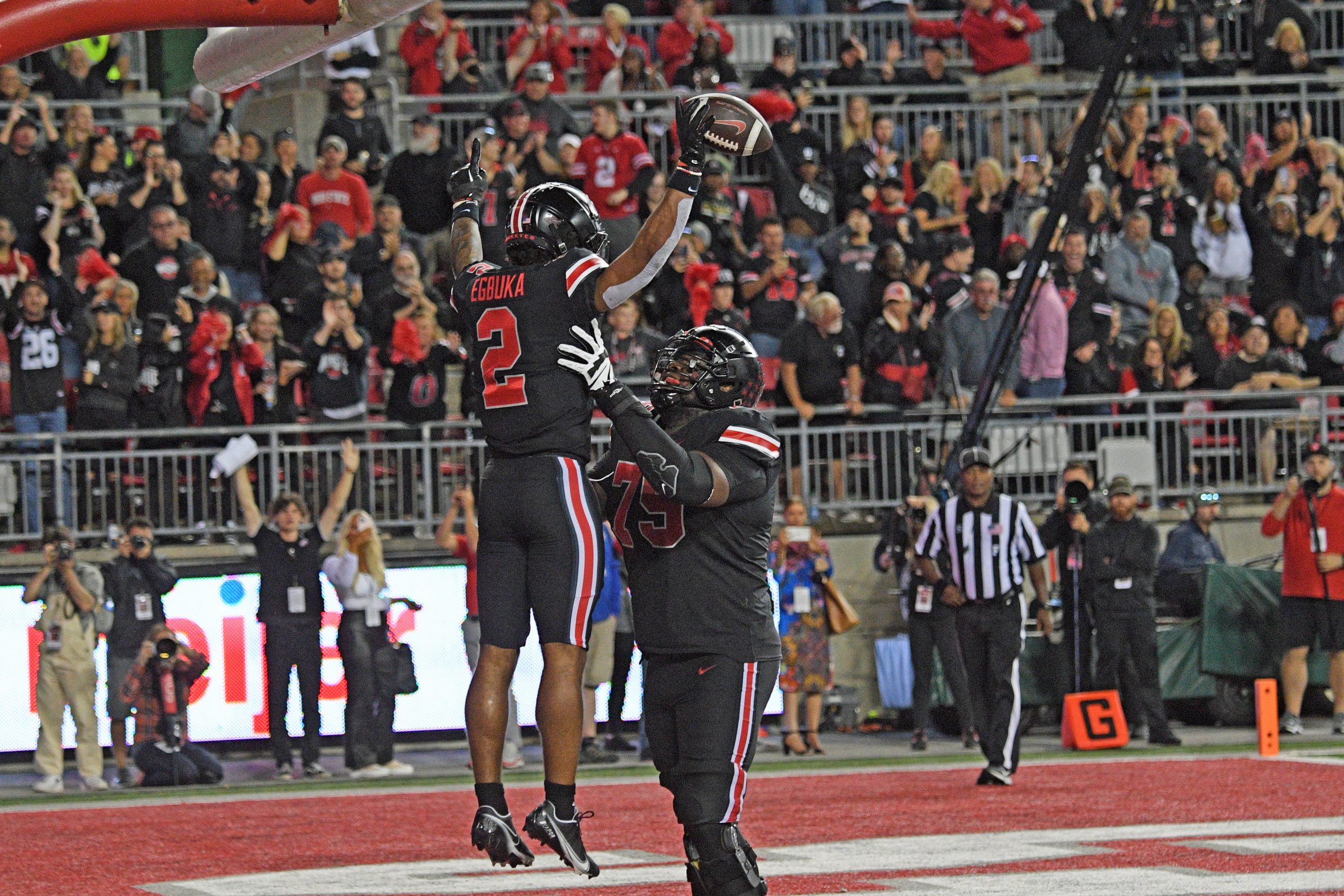 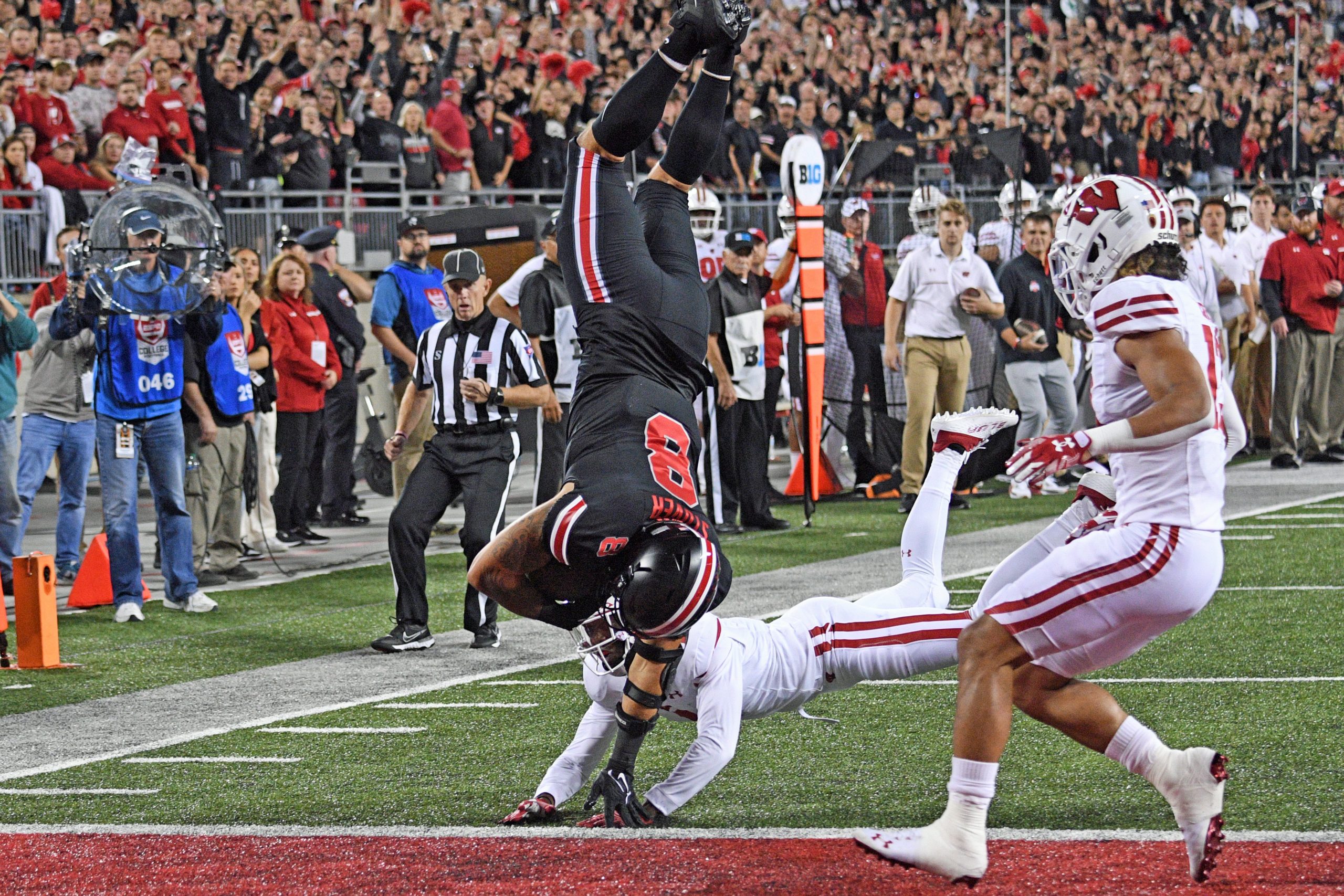 Cade Stover goes inverted to get in for the score.