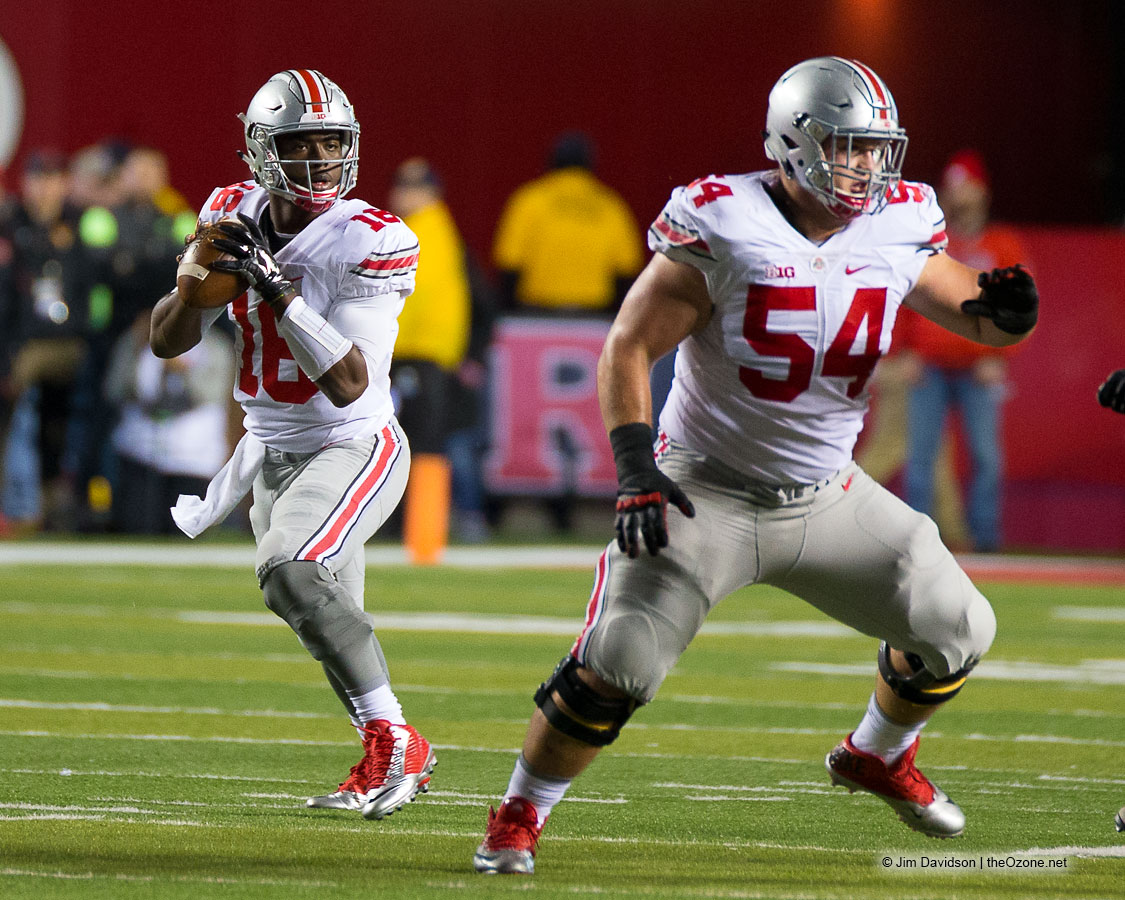 2016 Season (Junior): In his third year as a starter at offensive guard … AFCA First Team All-America and Second Team by the Associated Press, Walter Camp, The Sporting News, Sports Illustrated and Fox Sports … First Team All-Big Ten by the coaches and the media … helped Ohio State set a school record with 776 yards of total offense in the win over Bowling Green … part of an offensive line that has helped Ohio State lead the Big Ten in total offense.

2015 Season (Sophomore): Price started every game for the second consecutive season, 13 in all for the 12-1 Buckeyes … he was part of an offensive line unit that helped Ohio State lead the Big Ten in rushing at 245.2 yards per game and finish second in scoring and third in total offense … the Buckeyes had three 300-yard rushing games, including a season-best 369 yards vs. Michigan which ranks as the most yards gained rushing by Ohio State ever vs. Michigan … Price was named third-team all-Big Ten by the conference coaches and honorable mention all-Big Ten by the media.

2014 Season (Freshman): After a red-shirt season in 2013, Price stepped into the starting lineup at one of the guard positions and proceeded to start all 15 games at guard for the College Football Playoff national champions … and this was after spending much of the 2014 spring season practicing at center … Price started the first three games of the season at right guard and then moved to left guard, where started the final 12 games … his play improved considerably as he gained experience and as the season wore on, and he was credited with making key blocks for critical touchdowns in crucial games: by J.T. Barrett vs. Penn State and Ezekiel Elliott vs. Alabama … Price was named a second-team freshman All-America by both Phil Steele and Athlon’s … his play helped the Buckeyes rank ninth nationally with 264.4 rushing yards per game.

More on Billy: Price was the Associated Press’s 2012 Division I co-defensive player of the year in the state of Ohio (along with teammates Gareon Conley and Tracy Sprinkle) and a first-team all-state pick … a consensus four-star prospect (ESPN, Rivals, 247Sports, Scout) … rated among the top 200 players on the Rivals 250 and a member of the ESPN 300, Price was the third Buckeye to commit to the Class of 2013 with his decision coming Feb. 13, 2012 … rated as the No. 17 defensive tackle nationally by 247Sports and No. 21 by Scout … helped Fitch to a 9-2 record in 2012 and to the state playoffs … also helped Fitch to the state playoffs in 2010 with a 10-2 record and again in 2011 … was named first-team all-state as a junior when he recorded 40 tackles with three sacks, 10 TFLs and an interception … coached by Phil Annarella … placed seventh in the discus at the 2012 Ohio outdoor state track and field meet after placing sixth in the shot and second in the weight throw indoors … is the son of Bill Price and Pam & Dave Lescsak … has two younger siblings: Savannah and Andrew.